For most automakers, a busy year includes one or two redesigned models and maybe that many mid-cycle facelifts. But Honda is taking a slightly different tack, revitalising all of its core offerings in one fell swoop.

The latest vehicle to receive that attention is the all-new 2023 Honda Pilot, the fourth generation of the company’s popular three-row SUV. With seating for up to eight, a cabin that’s stuffed with cubbies and storage solutions, and the availability of front- or all-wheel drive, the new Pilot retains most of what made its predecessor great. But its sculpted styling, redesigned architecture, and newly rugged TrailSport trim level help it stand out from the old model with a tough new image unlike any other Honda SUV, past or present.

Honda is frank when discussing the Pilot’s interesting history, stylistically speaking. The anonymous-but-handsome first-generation model gave way to a chunky second-gen, whose bulging, squared-off contours looked aerodynamically inefficient and a bit cartoonish. But then the company went too far in the other direction with the 2016 Pilot, whose design was too rounded and egglike. Comparisons to the Odyssey MPV were common (and warranted).

The 2023 Honda Pilot tries to rectify all of those wrongs, with a more traditionally SUV-shaped design that gets an upright grille and greenhouse, chunky wing/fender contours, and the largest bonnet ever applied to a vehicle wearing that square H badge. There’s still some swoopiness to the roofline, and vertical bumper vents help channel air around the car to preserve aerodynamic efficiency. But there are abundant details – namely the chamfered window surrounds and convex C-pillar – that recall the second-generation Pilot.

It’s gratifying to see the company’s largest SUV also strike out on its own, design-wise. There’s some resemblance to the CR-V up front, where squinting headlights join a large, angular grille. But for the most part, the Pilot has a look all its own, underscored by that decidedly unintegrated C-pillar that helps the car feel taller, squarer, and tougher.

Inside, the Pilot again blends a few cues of its predecessors with modernized Honda styling. In lieu of the midcentury mesh that’s proliferated from the Civic to the HR-V and CR-V, the Pilot has more traditional HVAC vents, as well as a wide storage slot that spans the area above the glovebox. The infotainment system is upgraded as well, sort of. The 7.0-inch screen on the base Sport model is actually an inch smaller than the one on the 2022 Pilot Sport, but every other trim gets a larger 9.0-inch display – the old Pilot maxed out at 8.0 inches. Below the screen is Honda’s snickety, pleasant-feeling climate controls, providing a pop of brightwork inside.

That cabin hides a couple pretty neat features that should make family road trips easier. In addition to that passenger storage shelf, the centre console is larger than before, and there are a total of 14 cupholders (with eight that can hold 32-ounce water bottles). Heated front seats are standard across the lineup, with a heated steering wheel on the TrailSport and Elite trims.

The Pilot is also more spacious than ever, with more second- and third-row legroom. The middle seats have a recline travel of 10 degrees (up from 6), and they tip forward farther to ease access to the rearmost seats. With all the seats up, the Pilot offers an impressive 22.4 cubic feet of cargo space with the reconfigurable floor in its lowest position. Drop all the seats down flat and you’re left with 113.7 cubes. Both numbers are up on just about all the competition – only the Chevrolet Traverse has more room with its seats up.

The Pilot Sport, EX, and EX-L come standard with a second-row bench for a total of eight seats, while the TrailSport gets captain’s chairs and a seating capacity of seven. The Pilot Touring and Elite trims blend the best of both, however, with a folding, removable center seat in the second row that can be set in three different positions.

Upright, it provides three-across seating, but it can also be folded down to provide two additional cupholders and an armrest for the outboard positions. Finally, it can also be removed entirely, providing a pass-through to the third row. And taking a page out of the Odyssey minivan’s book, the extra seat can be stowed in the rear underfloor storage when not in use.

However, it must be said that when the centre position is removed, the outboard seats no longer have armrests – the regular captain’s chairs in the TrailSport do and are more comfortable for it. And even when the seat is installed but folded down, the seatback is too low to make for a comfortable place to rest your elbow. If it were our product-planning cash, we might give the buyer an option between a reconfigurable second row, traditional bucket seats, or a regular bench, no matter what model they chose.

Honda says the 2023 Pilot is the most capable, powerful SUV it has ever built. To wit, the Pilot gets the most powerful V6 in an American Honda, although its output is still a middling 285 horsepower and 262 pound-feet. Ford’s Explorer makes a healthy 300 hp and 310 lb-ft from its turbocharged four-cylinder, while the Jeep Grand Cherokee L offers a Hemi V8 for true power junkies. Still, the all-new 3.5-litre engine in the Pilot has a simpler head design with fewer moving parts for better reliability and efficiency, as well as more compact overall dimensions for better pedestrian safety.

Backing up the engine is Honda’s impressive 10-speed automatic gearbox, replacing an okayish nine-speed on the outgoing Pilot. If it operates the same way as the Odyssey’s 10-speed, it should be a fine companion for the V6, sending power to the front or all four wheels – the Elite and TrailSport get AWD standard.

The ‘23 Pilot rides on a new light-truck platform that we predict will eventually make its way to future versions of the Ridgeline and Passport. The lighter architecture provides 60 percent more lateral stiffness up front and 30 percent more in the rear. Track width is also up 1.1 to 1.2 inches on the front axle and 1.4 to 1.5 inches on the back – model-dependent. A retuned MacPherson strut front suspension joins an all-new multilink rear, optimised both for the Pilot’s primary family-hauler mission, as well as the TrailSport’s rugged design brief.

Speaking of, while the current Pilot TrailSport is little more than a styling package, the 2023 model packs some legitimate hardware upgrades to justify the rugged design. A unique spring and strut combination gives the TrailSport an extra inch of ground clearance, and trim-specific front and rear sway bars improve articulation and off-road ride comfort. While other Pilot trims get 20-inch wheels, the TrailSport’s 18s make more room in the fenders for a higher-profile all-terrain tyre – the first time a Honda-designed car gets A/Ts, by the way.

The TrailSport also gets some new software to help its standard all-wheel-drive system maintain forward momentum. On most Pilots, the rear axle gets up to 70 percent of the engine’s power, with 100 percent of that going to either wheel if necessary via torque-vectoring clutches. The TrailSport messes with that calculus a bit – the rear diff can receive up to 75 percent and it splits that power 75/25 side to side. But hold on, wouldn’t that mean that a wheel that has no grip would still get some power sent its way?

Yes, and Honda has a good reason for the counterintuitive strategy. The automaker says that as the TrailSport crawls its way forward (both via the clutched rear differential and brake-based front axle vectoring), once that spinning wheel regains traction, it is already in motion and can make best use of the grip. The automaker says it helps improve response when scrambling through snow, rocks, and ruts.

Also standard on the TrailSport is a TrailWatch camera system. Making use of the same 360-degree cameras found on other Pilot models, the more rugged trim level keeps the video display active at speeds of up to 15 miles per hour when the multi-terrain selector is set to Trail mode. The cameras disengage at higher speeds, but then reactivate once the Pilot dips below 12 mph. Taken in sum, the Pilot TrailSport promises to be at least as capable as its rivals, the Ford Explorer Timberline and Nissan Pathfinder Rock Creek – though the Grand Cherokee L and its available low-range transfer case will still probably be king of the mountain.

The 2023 Honda Pilot is the last entrant in the automaker’s “Year of the SUV” product push, arriving in dealers by December. When it gets here, it’ll do battle with the recently facelifted Kia Telluride and Hyundai Palisade, the spacious-but-dated Chevrolet Traverse, the stalwart Ford Explorer, and a litany of other entrants in the midsize, three-row SUV space. Honda has a few points in its favour, namely its spacious and comfortable interior, genuinely rugged TrailSport offering, and a variety of trims and options to keep most owners satisfied.

Pricing will remain a key consideration, though, and for those details, we must wait. The current Pilot starts at a heady $39,375 (approx. £35,000) with destination fee, and that’s for a front-drive Sport trim. It seems unlikely that Honda will cut prices for 2023, which would make the new Pilot one of the most expensive vehicles in the class, outstripping the Ford by about $3,000 and the Chevrolet by nearly $6,000 to start. Still, Honda’s three-row SUV is always a popular choice for moms and dads, and we see no reason why the 2023 Pilot’s bolder styling and family-friendly cabin will change that. 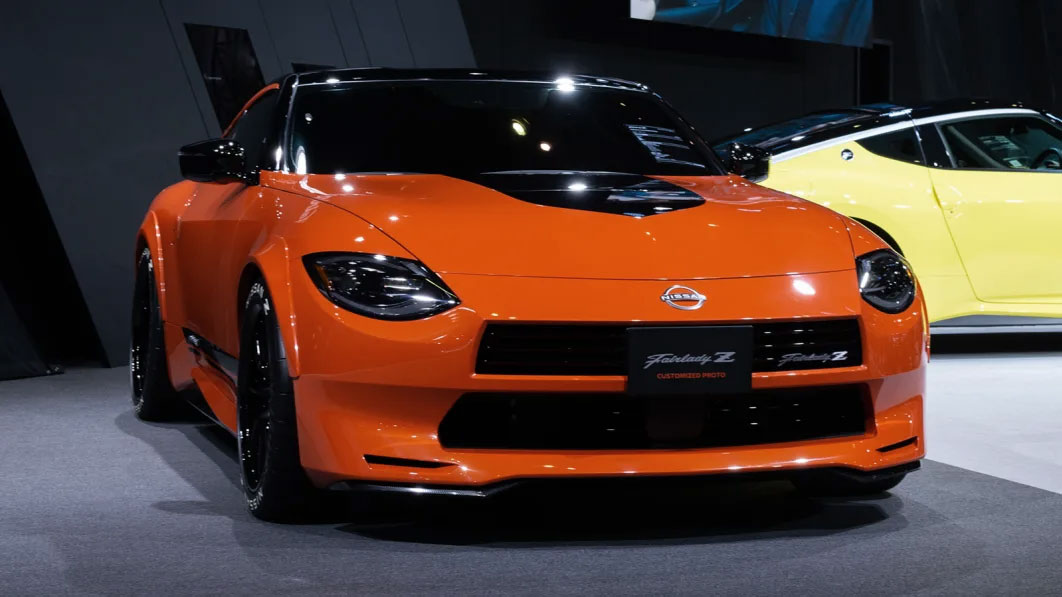