Michigan’s largest school district will require masks be worn inside school buildings by all students and staff during the school year that begins Sept. 7.

The Detroit Public Schools Community District also will require staff to undergo weekly COVID testing. Students also will be tested, but it won’t be mandatory and their parents would have to consent.

The mask mandate and testing are among the COVID safety measures included in the district’s reopening plan, which the Detroit school board approved Tuesday night. Also part of the plan: The district will institute 3 feet of social distancing, and continue with daily symptom checks and rigorous cleaning.

The board voted hours after an intense debate erupted among members of the State Board of Education, after the two Republican members of the board pushed for a resolution that would bar districts from adopting mask mandates. The effort failed, even after dozens of people spoke in favor of the ban during the meeting’s public comment period.

The vote Tuesday in Detroit comes as school leaders across Michigan struggle with how to reopen safely and appease those who want students and staff to wear masks and those who don’t. It also comes as districts across the state prepare for a school year they expect to include fewer students learning in a virtual setting.

“Everyone agrees … that it’s time for students to go back in greater numbers,” Detroit Superintendent Nikolai Vitti said.

The district had previously planned to adopt a mask policy that would allow vaccinated individuals to go without masks if they were in a classroom with other vaccinated people. But Vitti changed that recommendation after the U.S. Centers for Disease Control updated its guidelines two weeks ago. The federal agency urged schools to require masks for all, regardless of their vaccination status.

“We are a responsible district that is going to adhere to the science of experts,” said Angelique Peterson-Mayberry, the board president.

“I know our plan is probably the most comprehensive mitigation plan in the state.”

Larsen did ask how the district would maintain 3 feet of social distancing in the classroom. She said students often work together in small groups with each other and with their teachers.

“I need some clarification on what that would look like in individual classrooms,” she said.

Vitti responded later that schools would be able to adhere to the 3-foot-rule in most instances.

But, “naturally there is going to be some interaction below 3 feet and that is why the mask is important.”

Two people opposed the district’s mask requirement, including a woman who said she believes masks are “very destructive” to children.

“This is a one size fits all strategy … I’m totally against it,” she said.

Meanwhile, the district heard from teacher Benjamin Royal, who said it isn’t safe to hold face-to-face classes until a vaccine is available for all and is mandatory. He said the pandemic is “far from over,” and the delta variant has brought a “new and more dangerous phase of the pandemic.”

Royal is part of a caucus of the Detroit Federation of Teachers that has opposed in-person learning since last summer. The group is urging the union to take a strike vote.

Two weeks ago, the district and the DFT announced an agreement that would ensure schools would reopen with substantially more teachers in the classroom. As part of that agreement, members of the union will receive up to $2,000 in hazard pay during the school year for teaching in person. They would receive even more if they teach in person and online.

The district will open an independently operated virtual school for students whose parents prefer they continue learning online. Previously, Vitti has said that students who were chronically absent last year or who failed one or more classes would not be able to enroll in the virtual school unless they have a medical condition that requires that mode of learning. The district’s plan now urges those students to learn in person. But if they do enroll in the virtual school, it will be on a probationary basis “and progress will be evaluated during the first semester,” according to information sent to families recently.

“We don’t want to set students up for failure,” Vitti said. “But we do know families are still sensitive to COVID and they may want the virtual option.” 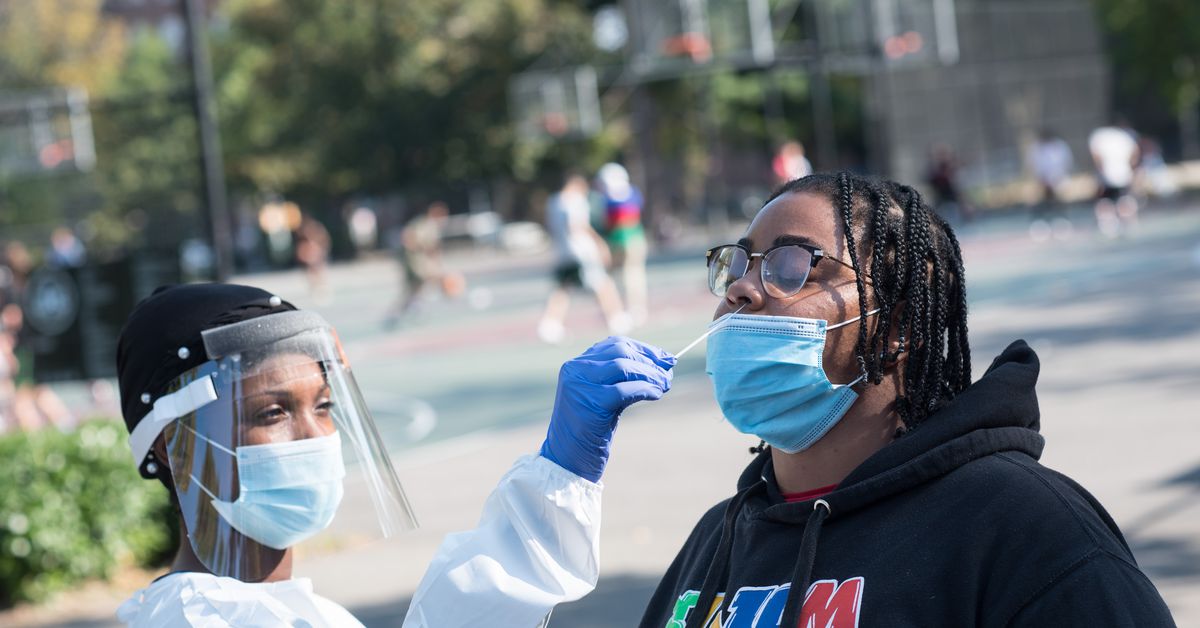