DETROIT — The Michigan Supreme Court on Tuesday threw out charges against former Gov. Rick Snyder and others in the Flint water scandal, saying a judge sitting as a one-person grand jury had no power to issue indictments under rarely used state laws.

It’s an astonishing defeat for Attorney General Dana Nessel, who took office in 2019, got rid of a special prosecutor and put together a new team to investigate whether crimes were committed when lead contaminated Flint’s water system in 2014-15.

“But they do not authorize the judge to issue indictments,” the court said in a 6-0 opinion written by Chief Justice Bridget McCormack.

She called it a “Star Chamber comeback,” a pejorative reference to an oppressive, closed-door style of justice in England in the 17th century.

The challenge was filed by lawyers for former health director Nick Lyon, but the decision also applies to Snyder and others who were indicted. The cases now will return to Genesee County court with requests for dismissal.

“This wasn’t even a close case — it was six-zip. … They couldn’t do what they tried to do,” said Lyon attorney Chip Chamberlain.

“These prosecutions of Governor Snyder and the other defendants were never about seeking justice for the citizens of Flint,” Snyder’s lawyers said. “Rather, Attorney General Nessel and her political appointee Solicitor General Fadwa Hammoud staged a self-interested, vindictive, wasteful and politically motivated prosecution.”

Hammoud, however, released a statement, insisting the cases weren’t over, based on her interpretation of the opinion. There was no immediate response to a request for additional comment.

The saga began in 2014 when Flint managers appointed by Snyder dropped out of a regional water system and began using the Flint River to save money while a new pipeline to Lake Huron was under construction. State regulators insisted the river water didn’t need to be treated to reduce its corrosive qualities. But that was a ruinous decision: Lead released from old pipes flowed for 18 months in the majority-Black city.

The Michigan Civil Rights Commission said it was the result of systemic racism, doubting that the water switch and the brush-off of complaints would have occurred in a white, prosperous community.

Snyder, a Republican, has long acknowledged that his administration failed in Flint, calling it a crisis born from a “breakdown in state government.”

He was out of office in 2021 when he was charged with two misdemeanor counts of willful neglect of duty. Lyon and Michigan’s former chief medical executive, Dr. Eden Wells, were charged with involuntary manslaughter for nine deaths related to Legionnaires’ disease when Flint’s water might have lacked enough chlorine to combat bacteria.

Nessel assigned Hammoud to lead the criminal investigation, along with Wayne County prosecutor Kym Worthy, while the attorney general focused on settling lawsuits against the state.

Hammoud and Worthy turned to a one-judge grand jury in Genesee County to hear evidence in secret and get indictments against Snyder and others.

Prosecutors in Michigan typically file charges after a police investigation. A one-judge grand jury is extremely rare and is mostly used to protect witnesses, especially in violent crimes, who can testify in private.

“It seems that the power of a judge conducting an inquiry to issue an indictment was simply an unchallenged assumption, until now,” the Supreme Court said Tuesday.

Lyon, the former state health director, was accused of contributing to Legionnaires’ deaths by failing to timely warn the public about an outbreak. His lawyers, however, said he had ordered experts to investigate the illnesses and notify Flint-area health officials. He had no role in Flint’s water switch.

“State employees should not be prosecuted or demonized for just doing their job,” Lyon said after the court’s decision.

“So everyone who was involved in this manmade disaster by the government is walking away scot-free?” said Leon El-Alamin, a community activist. “We lock people up every day for petty crimes. Something like this has killed people. People died from the Flint water crisis.”

“One of the things we had been told over and over was justice delayed has not been justice denied. But that’s not true for the people of Flint,” said Weaver, referring to the years that have passed.

The water switch and its consequences have been investigated since 2016 when then-Attorney General Bill Schuette, a Republican, appointed Todd Flood as special prosecutor. Schuette pledged to put people in prison, but the results were different: Seven people pleaded no contest to misdemeanors that were eventually scrubbed from their records.

Flood insisted he was winning cooperation from key witnesses and moving higher toward bigger names. Nonetheless, Nessel, a Democrat, fired him and pledged to start over following her election as attorney general.

Separately, the state agreed to pay $600 million as part of a $626 million settlement with Flint residents and property owners who were harmed by lead-tainted water. Most of the money is going to children.

There is no dispute that lead affects the brain and nervous system, especially in children. Experts have not identified a safe lead level in kids.

Flint in 2015 returned to a water system based in southeastern Michigan. Meanwhile, roughly 10,100 lead or steel water lines had been replaced at homes by last December.

Don’t get it twisted, there’s racism in Formula 1, too

Slow your roll on the $9.5M in NIL money 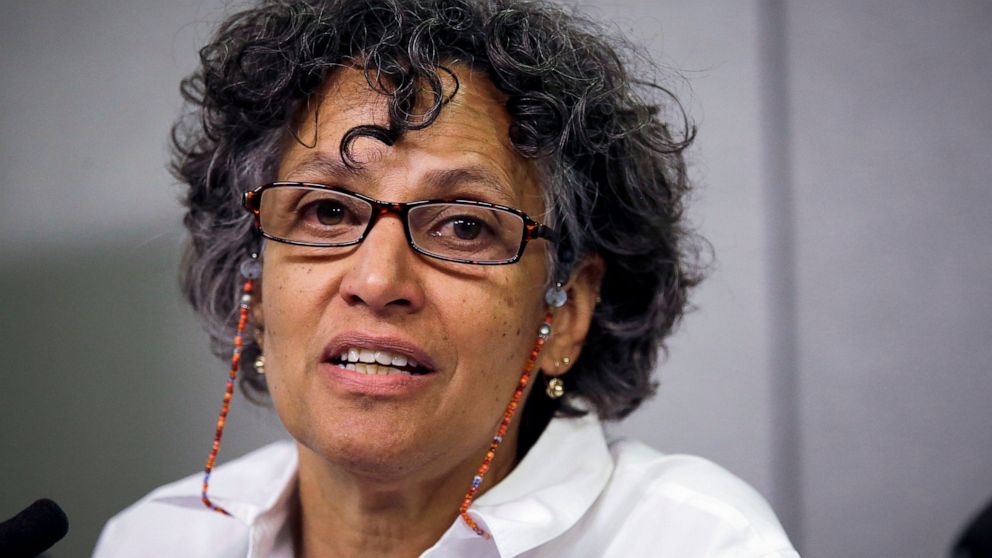