The star who has spearheaded her own self-titled mid-morning telly programme since 2010, opened up about all things from Boris Johnson’s “Lorraine Who?” remark, how following WW has helped her shift lockdown weight, overcoming her phobia of horses after suffering from a life-threatening fall and finally her personal fears about “losing herself” or anyone she loves to the frightening condition of dementia, especially after seeing her grandmother suffer from it.

Whilst celebrating that she had gotten back in the saddle 10 years on from a horrific accident which saw her trampled during a training event back in 2012, the presenter was asked what other fears she was going to face up to.

Responding, Kelly, 62, said: “To be honest the thing that frightens me, I will be totally honest with you.

“The thing that frightens me is not so much getting ill as you can hopefully do things to help yourself a bit.

“I gravely fear for things like losing myself to dementia.

“As my gran had it a bit, not too bad but I think seeing that.

“Hers was not too bad but I’ve seen friends slowly losing themselves or someone they love. I don’t want to lose anybody I love bit by bit and I certainly wouldn’t want that for myself.”

Clarifying that it wasn’t the prospect of “getting ill” that terrified her so much, Kelly said that it was the fact that young individuals can develop the progressive disease that affects a person’s ability to remember, think, or make decisions.

She added: “And that is what scares me about getting older but of course dementia can hit people that are younger.”

This was not the only time Kelly has spoken out about her concerns for the disease that affects approximately 944,000 people in the UK. Back in 2017 the star interviewed Russell Grant who at the time was trying to raise money to combat the condition.

When speaking to the British media personality Kelly added: “[Developing Alzheimer’s] is the one thing I am petrified of. It isn’t in my family but I have experienced it through friends.

“It’s so hard looking after someone with Alzheimer’s. It’s so physically and mentally draining.”

It is important to note that the term dementia is not a specific disease but is rather the term for a group of conditions associated with an ongoing decline of brain functioning. The NHS explains that Alzheimer’s disease is a type of dementia and, together with vascular dementia, makes up the majority of cases.

Due to the progressive nature of the condition, symptoms may not be very noticeable in the early stage. But it is important for individuals to be able to recognise the signs in order to get an early diagnosis.

An early diagnosis means the disease’s progress can be slowed down in some cases, so the person may be able to maintain their mental function for longer.

The five most common early signs of dementia include the following:

However, individuals may also find social situations difficult and begin to lose interest in relationships. Due to the changes in the brain it may seem as if individuals are not telling the truth or are wilfully ignoring problems.

If you’re worried about you or someone close to your memory, it is recommended to see a GP. There they will ask about any symptoms you have experienced and other aspects of your health in order to determine an accurate diagnosis.

It is thought that dementia is caused by a build-up of nerve cells that do not function as well as they should and ultimately end up dying. As the nerve cells die, different areas of the brain shrink.

Alzheimer’s in particular is thought to be caused by the abnormal build-up of two proteins known as amyloid and tau. Deposits of amyloid (plaques), build up around brain cells. Deposits of tau then form “tangles” within brain cells.

Once diagnosed dementia can affect not only the individual but those around them. However, with the right help and support, many people can, and do, live well with dementia for several years.

The NHS recommends doing the following in order to maximise your independence whilst living with the condition: 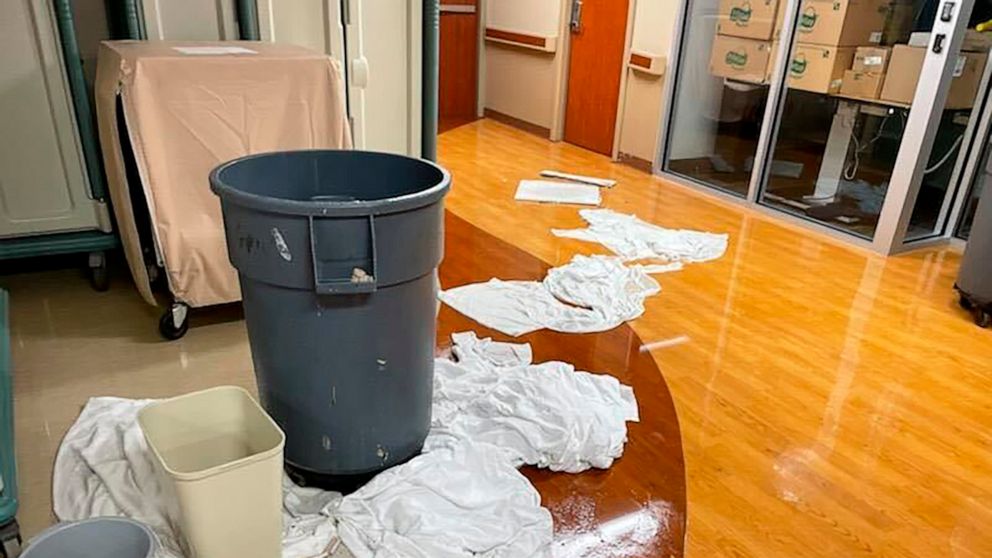 Hurricane Ian strikes Florida hospital from above and below