T.J. Dillashaw wants a third go at the UFC bantamweight title after Aljamain Sterling called him out. The former two-time bantamweight champion claims he’ll also capture UFC gold for a third time. In the immediate aftermath of ‘Funkmaster’s callout, Dillashaw wrote on Twitter:

Dillashaw, who was in attendance at UFC 273, uploaded a tweet from the venue, claiming ‘Daddy’s home’.

Aljamain Sterling faced Petr Yan in a highly anticipated title unifier that served as the co-headliner at UFC 273. ‘Funkmaster’ grappled his way to a closely contested split decision win, finally legitimizing his claim at the bantamweight throne. The 32-year old issued an immediate callout to T.J. Dillashaw, calling him “Pillashaw” and “Needleshaw.” 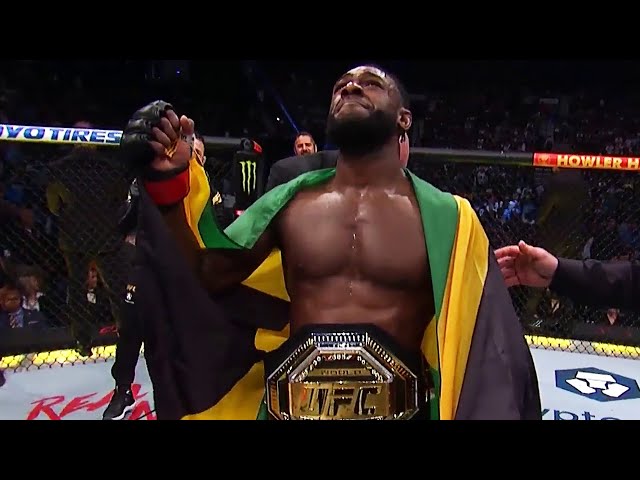 Responding to the callout, Dillashaw said:

“Thanks for the callout my little b**ch. Hope you have fun pretending to be the champ. Like I’ve always been saying, daddy’s home, getting that belt. Easy f***ing money.”

Watch the former champion’s response to Sterling’s callout below:

Sterling became the first fighter in UFC history to be crowned champion via DQ after eating a brutal illegal knee from Yan. While many questioned his claim at the bantamweight title, ‘Funkmaster’ put doubters to rest by beating the Russian in the rematch.

The 32-year old now has twelve victories at 135lbs, one short of TJ Dillashaw’s record for most bantamweight wins in UFC history. Dillashaw has amassed thirteen bantamweight victories over his UFC career and two title reigns.

Aljamain Sterling earns his 12th win as a UFC bantamweight, second most in the division’s history (Dillashaw, 13). #UFC273

Aljamain Sterling earns his 12th win as a UFC bantamweight, second most in the division’s history (Dillashaw, 13). #UFC273

However, the former champion’s splendid record will forever bear a stain due to his suspension in 2019. USADA handed Dillashaw a two-year ban after he tested positive for EPO ahead of his flyweight title fight against Henry Cejudo. The 36-year old made a comeback last year, earning a split-decision win over Cory Sandhagen.