Before dawn’s light crested over the Calabasas peak, Dan Medina dragged his 150-pound bronze statue of Kobe and Gianna “Gigi” Bryant up the steep, narrow trail.

Medina, negotiating the eroding trail, could not see the rising hills. He finally made it to the crest, where he placed his formal yet temporary memorial at the site where the basketball star, his daughter and seven others were killed two years ago when the helicopter they were in crashed. The site had long been hallowed ground for many Kobe Bryant fans. Now, it had a center.

“You come up here and it is kind of emotional,” said Medina, a West Hills sculptor, who says the bronze is a smaller version of a large life-size sculpture he is creating. “The flowers, the jerseys, the hats blow away, and I think we need something more permanent.”

Medina’s statue depicts Bryant in a Lakers uniform with his arm around Gigi, who is also in her basketball uniform holding a ball. At the base, Medina included the names of all those who died in the helicopter crash, which in addition to the Bryants killed Christina Mauser; Payton and Sarah Chester; John, Keri and Alyssa Altobelli; and pilot Ara Zobayan.

“Heroes come and go but legends are forever,”reads the inscription.

The statue greeted fans, locals and even those who worked with the athlete who made the journey Wednesday about 1,000 feet up above Las Virgenes Road to remember those lost Jan. 26, 2020. They sat mostly in silence at the serenity of the spot. Some shed tears, and others recalled memories of greatness.

“That’s awesome. That is something special to behold. How do they get that all the way up here?” said Walter Garcia, 33, as he turned the corner and saw the statue with flowers, hats and jerseys beneath it with the backdrop of the Bryants’ jersey numbers on the hillside marked out in rocks.

Medina in fact nearly didn’t make it. The bronze was so heavy that the handle on his cart broke, and as he explained it, he had to tape up a makeshift repair to make the last few corners of the trail from the dog park parking lot to the top of the canyon.

The statue was planned to be up from sunrise to sunset. He knows placing it there permanently would require permits and more.

“I kind of want to follow the law, respect the locals, respect the Santa Monica Mountains,” he said, adding that he hopes the life-size version will find a home in downtown L.A., where several others other of his large bronze already adorn areas.

The helicopter carrying Bryant and Gianna, along with several of her teammates, a few parents and coaches, took off shortly after 9 a.m. from John Wayne Airport in Orange County, heading to Camarillo Airport for the second day of a weekend tournament at the Mamba Academy in nearby Thousand Oaks.

A National Transportation Safety Board investigation determined that Zobayan’s decision to fly under visual flight rules in cloudy conditions resulted in his spatial disorientation and loss of control of the aircraft. Zobayan’s “likely” self-induced pressure to get Bryant to his destination and inadequate review of safety management procedures by helicopter operator were found to have contributed to the crash.

Brandon Zamora, 23, standing before the statue, said the 20-minute climb up the trail on the second anniversary was the least he could do for Bryant, who did so much for L.A. “He was more than a basketball player. He gave 100% at everything he did. He won an Oscar, was a business leader and above all else an example to fathers everywhere,” Zamora said.

His role as a father came up time and time again as small groups of fans made their way to the turn in the trail where it all came to an end.

“My son and I met Kobe, and I told my son it would be something he would remember for the rest of his life,” said Jesus Avila, 45, of North Hollywood. Avila, who was decked out in his Lakers Bryant jersey with the number 24 on the back, placed a photo from the day of the trio on the makeshift memorial. “I came here to celebrate his life, not to mourn.” 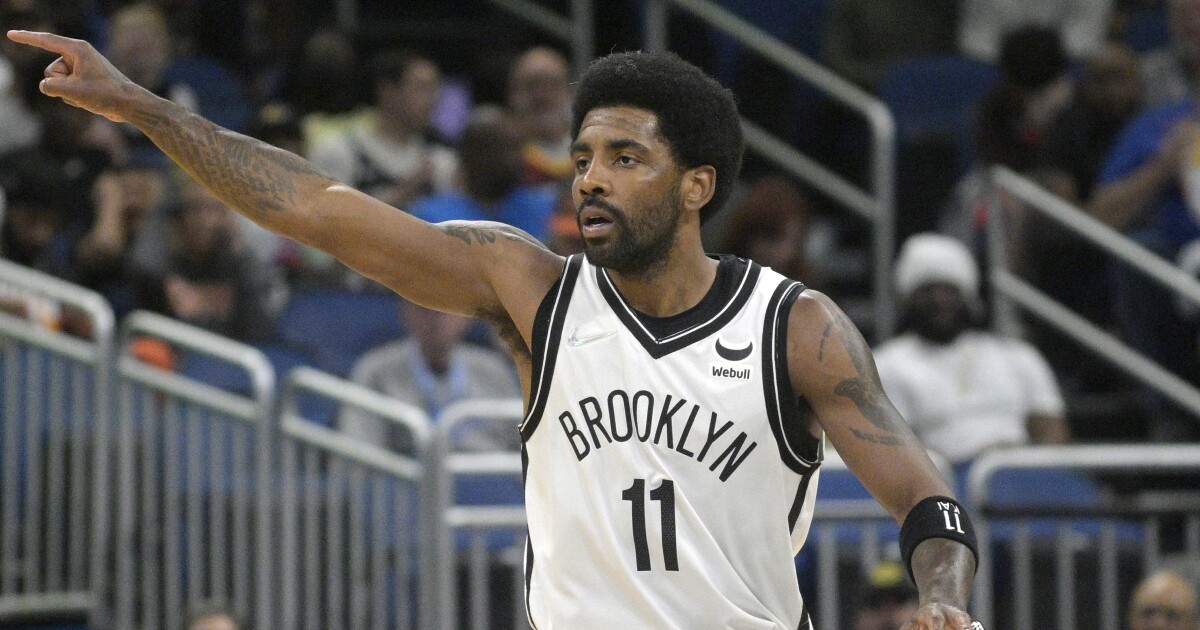