In the seventh inning of the New York Yankees’ 8-3 win over the Toronto Blue Jays, Yankees’ outfielder Aaron Judge launched a home run over the left field fence, tying him with Roger Maris for the most home runs in American League history.

The blast also touched off a magical journey for the baseball itself.

Consider this. Prior to Wednesday night’s game Ken Goldin, the executive chairman and founder of Goldin Auctions, gave an estimate on the potential worth of the baseballs for Judge’s next two home runs. Goldin predicted that the ball Judge hits for his 62nd home run — setting a new American League record — would be worth between $750,000 and $1.25 million.

As for the one Judge launched Wednesday night, towards the left-field bleachers? That one might be worth between $250,000 and $350,000, according to Goldin.

And as that ball traveled through the Toronto night, Blue Jays fan Frankie Lasagna was waiting in the left-field seats, glove at the ready.

The restaurant owner typically does not bring a glove to games, but this night was different. As he told Gregory Strong, a baseball reporter with The Canadian Press, with Judge on the cusp of history, Lasagna was not taking any chances. He purchased tickets in the front row, thinking that improved his odds. “In the front row I felt like you’ve got the best chance.”

“I would never ever bring a glove other than this situation,” Lasagna said after the game.

But as that ball rocketed of Judge’s bat in the bottom of the seventh, toward Lasagna and the fans in left field, the restaurant owner had a shot at history. He reached out and to his right, stretching in the direction of a potentially life-changing baseball.

Lasagna’s attempt at snaring history came up inches short, and he watched as the ball bounced into the Blue Jays’ bullpen. All he could do was coil into a surrender cobra, like all of us would.

As Lasagna — the fan in the baby-blue Vladimir Guerrero, Jr. jersey in the above video — told Strong after the game, he was going to hold onto that baseball for as long as possible. “I would have held on to it for as long as I could [to] negotiate. Maybe get Judge to try and come to the restaurant.”

Instead, the ball ended up in the hands of Toronto coach Matt Buschmann. As word spread around social media that the Blue Jays bullpen coach had his hands on the baseball, thousands of miles away, a wife began to dream.

Down in Florida, where she was riding out Hurricane Ian, the NFL Network’s Sara Walsh learned that it was her husband, Buschmann, who had his hands on the baseball. A day spent interviewing Tampa Bay Buccaneers players about their upcoming game against the Kansas City Chiefs was ending on a positive note.

She took to social media.

Unfortunately, those retirement plans were soon put on hold. Buschmann would hand the baseball over to Jordan Romano, the Blue Jays closer. As this was playing out, Yankees reliever Zach Britton made his way to the Toronto bullpen, and the quick exchange was made.

“By the time I got over there, Romano saw me coming and he was just like, ‘Hey, here you go,’ ” Britton told reporters after the game. “He was good. It was great, he made it easy. … He handed it to me and I said, ‘I appreciate it.’ If there was anything they wanted, I’ll see what I can do with Judge.”

But upon seeing the news, Walsh joked that instead of retirement planning, planning of a different sort was necessary:

Walsh later shared a few more tidbits about the incident. She relayed that when she first met Buschmann, he asked her what her favorite movie was.

Her answer was perhaps the perfect choice on a night like this:

Actually the coolest/weirdest thing about tonight…when I first met @busch26 more than a decade ago, he asked my favorite movie. I told him it was *61.

But with the ball now in Britton’s hands, there was one thing left to do. Get it to Judge.

But the ball would not stop there.

He gave it to his mom.

As Judge pursued history, both his mother, and Roger Maris Jr., were following along. They were in Yankees Stadium over the weekend as Judge looked to make history against the Boston Red Sox, and they made the trip to Toronto for this series. They were seated next to each other near home plate, and shared this moment when Judge hit 61:

After the game, Judge spent time with his mom, and Maris Jr.:

And one that ended with that baseball in perhaps the right hands. 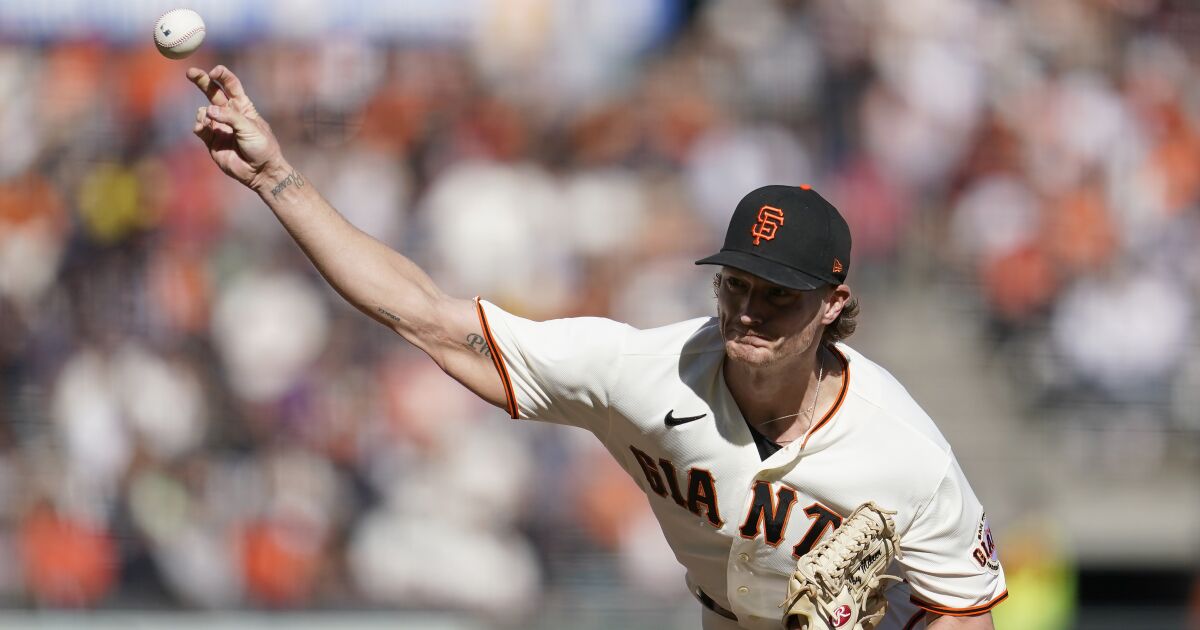