Four seasons, 24 goals. For his early promise at Newcastle and a solid season at Fulham in 2018/19, Aleksander Mitrovic’s Premier League quality had never shown itself consistently enough to be totally convincing.

Just three goals in his last campaign, a season under Scott Parker where he played the equivalent of less than 16 matches, had suggested his time in the English top flight may be over, but then Marco Silva walked through the door.

The Portuguese boss has not always had a habit of getting the best out of physical forwards, Troy Deeney’s Watford decline began during his brief spell at Vicarage Road while Islam Slimani was far more effective at Sporting Lisbon the year after Silva moved on.

But Mitrovic is different, and even before the two had met Silva had made a special effort to engage his beleaguered frontman, whose Fulham career looked likely to be over after he had been ostracised by Parker.

“When I signed for the club, I rang him on the phone when he was on holiday,” Silva told Sky Sports. “Everything was so clear between me and him. Straight away, he knew what would be the demands, the plan, the philosophy. He felt from that moment that I wanted to get the best from him.

“I called him to make him feel good on the pitch, with a clear idea. He knows that he always has someone behind him, supporting him, but at the same time demanding a lot from him.”

A change of manager can help any player, but Mitrovic still had to answer those demands. The 43 goals which would follow to shatter Championship seasonal records owed as much to the Serb’s power of rejuvenation – as do his six back in the top flight so far.

Mitrovic had been prized by Fulham fans as the best striker outside the Premier League in previous Championship campaigns, but neutrals could hardly deny it either after such a stunning campaign in front of goal. Silva’s demands were more than met, with the striker fully on board under a manager he said had “brought the x factor” back to Craven Cottage.

It did also help having Harry Wilson, whose Premier League return has been delayed by injury, behind him too. The Wales international made 102 chances and registered 19 assists in 2021/22, topping the Championship charts on both counts.

Even so, Fulham only had 12 per cent more shots than their nearest challengers Coventry, but their 106 goals represented a whopping 43 per cent more than second top-scorers Bournemouth.

For this both Mitrovic and his team-mates must take centre-stage. The 27-year-old racked up an xG of 35.9 across the season, comfortably the highest in the league, owing as much to his colleagues’ creativity as his own movement and attacking play.

But he also matched that by comfortably outscoring that tally, netting more than seven goals in excess of what would be expected from the quality of chances he was given.

To get a feel of how much he has come on, compare that to his previous season in the Championship, in 2019/20, and his 26-goal haul was only 0.53 above his expected goals tally. Still good, but far less remarkable. He has reached double figures in the Premier League before too, in Fulham’s 2018/19 campaign, but he had never quite built on it – until now.

How has he improved things? Although it’s a small sample size, his six Premier League goals this season are a good indication. Mitrovic has always been strong in the air but his ability to target full-backs, and his team-mates’ ability to find him, has helped no end, and almost doubled the proportion of his goals from headers last season compared to his previous Championship campaign.

Only 32 minutes into this season he showcased his ability to perfection, beating Trent Alexander-Arnold at the back post to meet Kenny Tete’s pinpoint cross and score Fulham’s first goal of the campaign. A few weeks later he was at it again against Brentford, isolating Yoane Wissa before powering a last-minute winner past David Raya. 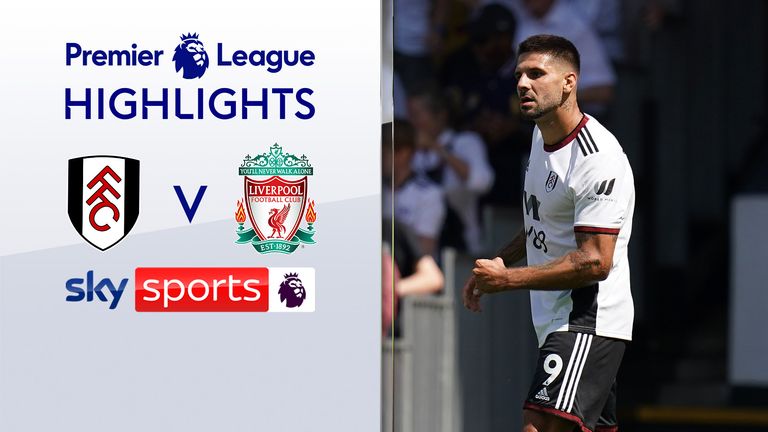 Mitrovic scored twice as Fulham held Liverpool to a 2-2 draw at Craven Cottage on the opening day.

“Defenders aren’t coming up against players like Mitrovic very often, so it might be that physicality that he brings to the game, being able to hold up the ball, centre-halves don’t see that very often,” former Fulham striker Bobby Zamora told Sky Sports after another stellar performance against Arsenal at the end of August.

“They know the strength is Mitrovic. It’s a case of getting it up to him, can he hold the ball up, can people come off of him, I used to love that – the ball coming up and players knowing you’re going to hold it up, running off you, wingers going off down the side and then getting back in the box to get on the end of it.” 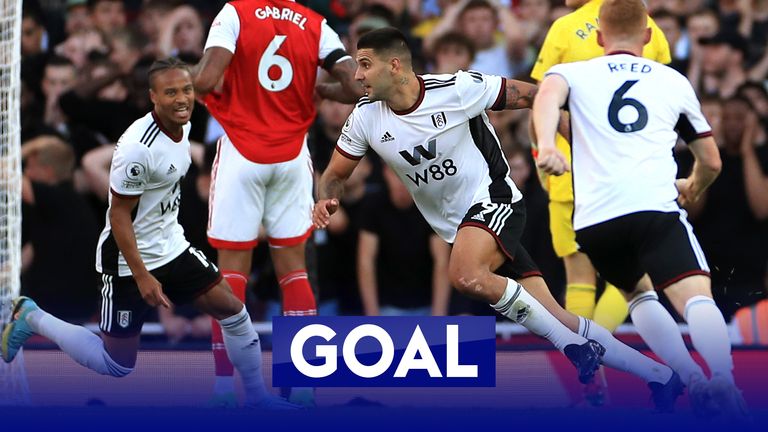 Mitrovic robbed Gabriel to give Fulham the lead at the Emirates in late August.

That effort at the Emirates evidenced what may be his biggest improvement, his workrate. For the opening goal it only took Gabriel to show him half a sight of the ball and he was onto the defender in a flash, robbing him of possession and beating Aaron Ramsdale with an excellent finish.

“Mitrovic has been unbelievable,” was Silva’s high praise. “Not just because of the goals he scores. We are seeing a lot more things from him than goals. He is not just a goalscorer for us. He helps the right-back, he helps the left-back. He is showing a great, great spirit.”

It has been some time in the making. During last season’s Championship-winning season he made more than 50 per cent more tackles than he had in Fulham’s previous campaign in the second tier. Silva’s demands are being well-met.

Not forgetting his primary role, his quality of finishing has continued to impress – Mitrovic is already comfortably ahead of his expected goals figure, even after denting that comparison when missing a late penalty at Wolves early in the campaign.

From Zamora’s point of view, the outlook is certainly positive. He said: “The Premier League is a very, very tough league. He wasn’t in Scott Parker’s good books, he wasn’t one of his favourites, so he couldn’t get the minutes on the pitch.

“He bounced back with an amazing season in the Championship, full of confidence, and he’s hit the ground running. You want to get the goals on the board as quick as you can, he’s certainly been the main man this season and if they keep getting the ball in the box, he will score.”

If Mitrovic can get anywhere near keeping up his goal-a-game return so far, he may well be right.