The first round of the World Cup has come to an end with Brazil defeating Serbia 2-0 on Thursday. It surely won’t be forgotten soon as it was a round filled with great scores and a few surprises mixed in as well. Here is a recap of both categories.

Enner Valencia proved why he’s wearing the captain armband for his country. He’s in exceptional form and is playing at a notably high level. Not only did he score a goal in the 3rd minute which was overturned by VAR due to offside, but he calmly put away a PK just a few minutes later to give Ecuador the lead, and then gave us this beauty of a header to make it 2-0 and give Ecuador a comfortable lead that was never threatened to be reached by the hosts. Top-notch quality to get the WC under way.

Yeah, Tim Weah poked it in perfectly to beat the challenging Wayne Hennessey. But more than the finish itself, it’s the way the play came to be, starting from the double header passes at midfield by Pulisic and Musah, to the great post play, one-touching a pass with his chest by Josh Sargent back to Pulisic, followed by Pulisic’s drive and beautiful touch to Weah who finished it off brilliantly. Just an all-around great team goal and one that’s rare to see.

A wonder goal by the Saudi player who did it all by himself; he received a pop up inside Argentina’s box, had to go win the ball in between two Argentine defenders and dribble off a third, to barely get his shot off before another sliding defender got to it first. Not to mention, putting it in the far top corner where Emiliano Martínez barely got a scratch on it, but not enough to keep it from heading into the net.

The Atlético de Madrid forward’s goal is by all means a great finish, but wouldn’t be what it is without the jaw-dropping assist by teammate Bruno Fernandes. A true master-class of what a through ball is, his pass sliced through Ghana’s defense like a knife cutting through butter. A super pass followed by a high quality finish gives us one of the best goals of the first round.

The best goal of the tournament thus far. By miles. Possibly of the entire cup? A great drive by Vinicius who served Richarlison the ball. The Tottenham Hotspur striker’s control was a bit high, but he improvised masterfully and connected on a bicycle shot to rocket the ball into the bottom left corner. A truly superb goal to put the score out of reach in a match completely owned by Brazil, who look well on their way to not only winning the group, but winning the entire thing as well, despite Neymar’s injury.

Not only did this PK goal mark Wales’ first WC goal in 64 years, but it also saved a point for Wales from what appeared to be a sure loss to the US. Thanks to this huge goal, Wales and USA are still even with a point apiece, tied for 2nd in the group behind England, with very high hopes to make it through the group stage. Had he missed, their hopes would be looking pretty dim by now.

In what is possibly the biggest upset in World Cup history, the Saudis overcame all types of odds, not to mention being down in the score against a Messi-led team. They stood their ground and came back to defeat a heavily favored Argentina squad who consider anything other than lifting the trophy a disappointment. HUGE result. Probably the biggest moment this WC will see no matter what, but by far the biggest moment in this first round, making it even bigger due to Saudi Arabia’s historically poor WC performances.

In a game where Mexico were scripted to lose, Robert Lewandowski’s PK in the 58th minute was about to make that come true. However, standing under the goalposts was ‘Memo’ Ochoa who has come up with some massive saves in prior WCs throughout his career, most notably Brazil 2014. This was not the exception, as he brilliantly guessed the spot and not only saved a goal, but rescued a point for Mexico who are momentarily alive in their group thanks to that save.

Japan come from behind to upset Germany

Germany played a heck of a game, but let key chances slip to extend their lead. At the same time, Japan never let up and kept pushing until they found not only the equalizer, but the go ahead score as well on a great drive by Takuma Asano. Another huge upset, but considering Japan have had success on this world stage in the past, it’s not above Saudi Arabia’s. Still, a massive result that was totally unexpected with the Germans in firm control of the match through the first 75 minutes. Group E could very well belong to Spain now.

By no means was it the highest-scoring match of all-time for a WC, but what Luis Enrique’s team accomplished yesterday was certainly historic in Spain’s record books. It’s their highest-scoring performance in WC history and absolutely demolished Keylor Navas’s goal with 6 different players chipping in to score the 7 goals. With Germany’s loss and goal difference a huge advantage for the Spaniards, the path has opened up for them to win the group. 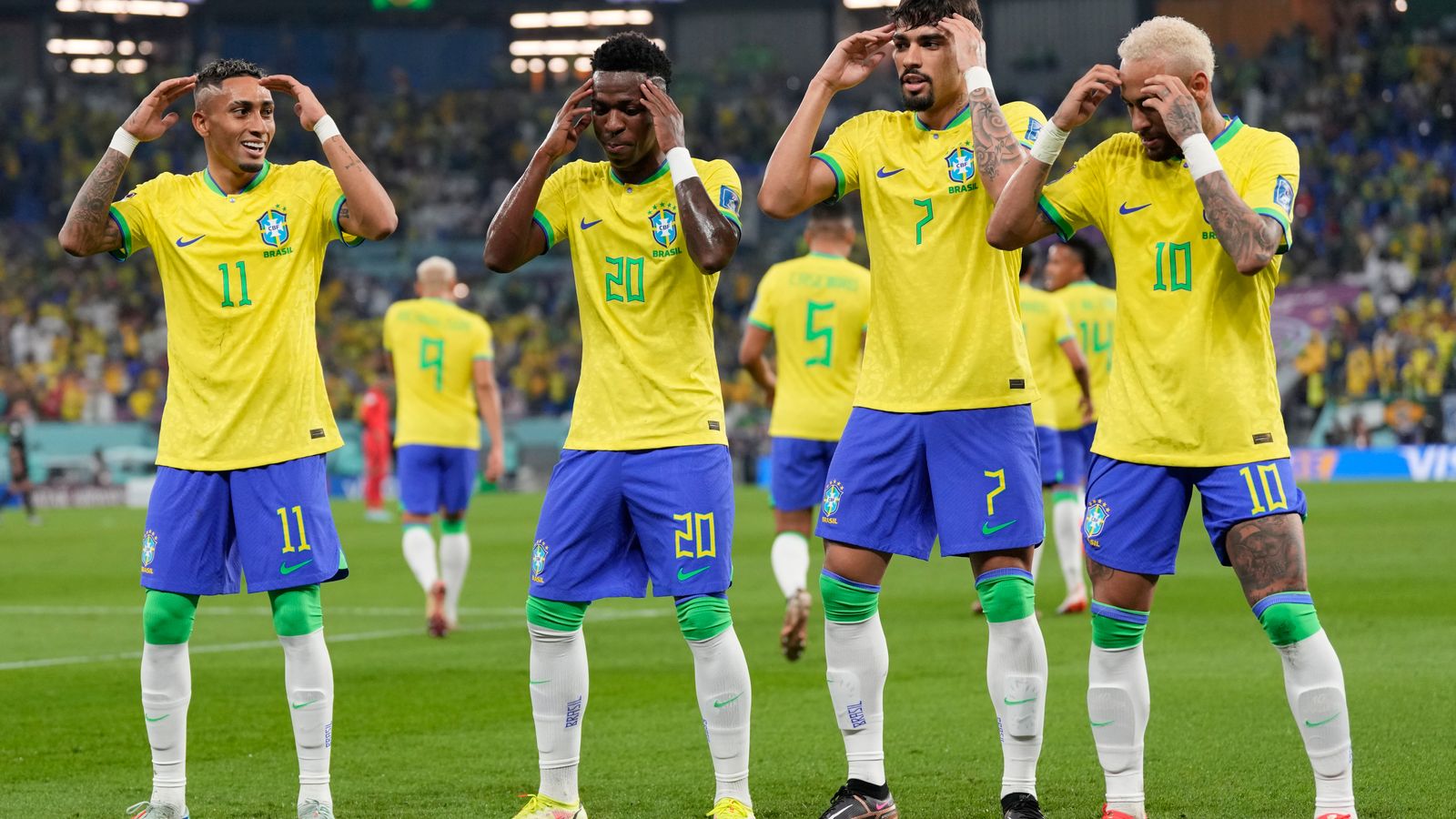