Anthony Joshua will go into his rematch against Oleksandr Usyk with destructive intent, thanks to his new training team.

Joshua has brought in Robert Garcia to join Angel Fernandez in his corner and under their guidance the former world heavyweight champion will be looking for a knockout finish in his rematch with Usyk.

Cruiserweight Richard Riakporhe, who is also trained by Fernandez and had Garcia in his corner for his last fight, has been in camp with Joshua while they prepare for the August 20 fight with Usyk, live on Sky Sports Box Office.

“Both of them [Garcia and Fernandez] have a similar type of mentality – very, very aggressive. Very aggressive coaches, that’s their tactics. They don’t mind going in,” Riakporhe told Sky Sports.

“All they care about is going into war, going to war but with intelligence. But we’re going to have to impose our will on our opponent. That’s the philosophy and it’s all about knockouts .

Anthony Joshua and Oleksandr Usyk refused to look away from each other during an intense face-off between the pair ahead of the world heavyweight title rematch.

“Garcia, one thing that I’ve learned about him, he does bring that mentality, that Mexican style mentality – it’s OK to take one, to give them two.”

In his loss to Usyk last September, Joshua stood off his opponent and often looked to box from range. It allowed the fight to get away from him. But AJ’s approach second time round, Riakporhe predicts, will be very different.

“I’ve been seeing how he’s been performing in training and he’s definitely not going to be trying to do that boxing stuff that he did last year,” the Londoner said. “You’re going to see that old school fighter. I know because he’s been training like that.

“That’s the type of mentality that they have. Kill or be killed. That’s what I’ve adopted and it’s just changed everything. You can feel the aura, you can see it. You can see that guy’s a dangerous man. I think this is what you’re going to see from Joshua on August 20, you’re going to see something different.”

However, Riakporhe knows how difficult Usyk will be to beat.

“Don’t get me wrong, it’s a tough test. I believe that Usyk is the most technically gifted fighter in the world and not just only technically gifted but mentally ready for war,” said the 32-year-old. “That’s the worst combination. 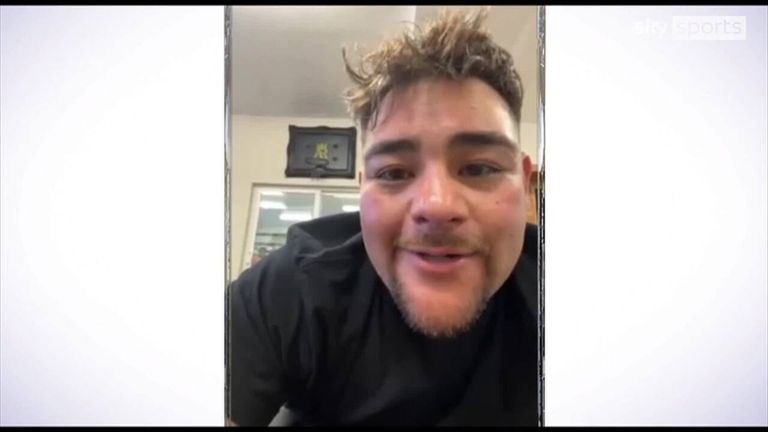 “It’s the worst combination because you get some that just don’t have the other but he’s got both, which makes it double trouble so AJ knows he has to be on his A-game.

“In AJ’s situation, coming back as a three-time world champion, that’s special. Three-time unified heavyweight world champion, it’s rare. That’s a beautiful thing and that’s something he has been focusing on.

“I believe it’s going to come.”