Zero points. That is what Tottenham had to show from home matches against Southampton and Wolves and a trip to Chelsea in the Premier League last season – nothing.

Fast forward to the current campaign and Spurs have earned seven points from those same fixtures, with their unbeaten start to the campaign shining a spotlight on this multi-faceted team Antonio Conte continues to sculpt.

From the free-flowing, opening-day victory over Southampton, to the last-gasp draw at Chelsea, and the steely 1-0 win over Wolves, Spurs have displayed depth and range in their performances. For Conte, it is the culmination of having precious time with his players.

“This team is getting good maturity to face different games,” he exclusively told Sky Sports ahead of Spurs’ trip to Nottingham Forest on Super Sunday. “Last season we lost 3-2 to Southampton at home, we lost 2-0 away at Chelsea, and we lost 2-0 at home to Wolves when I was in charge.

“Now, to get seven points against these teams means we are doing well, we have improved in many situations. We have to continue, but the team is showing great resilience, great capacity to suffer in many situations, something that maybe didn’t happen in the past a lot.”

Conte continued: “For every coach it’s very important to keep continuity with your work with the team. For sure, to have eight months work behind us was really important. 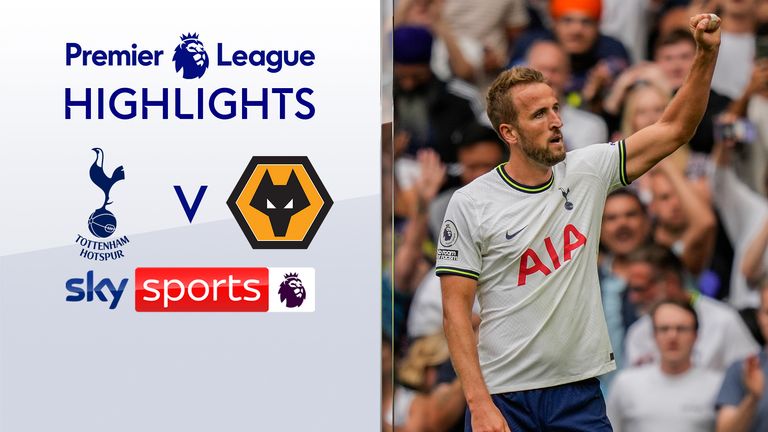 FREE TO WATCH: Highlights from Tottenham’s match with Wolves in the Premier League

“We didn’t start from zero, we started from a medium level and now we continue to improve our tactical aspect and to implement the team with new ideas. We have worked well on the physical aspect, and we have to continue going step by step.

“We have just started our process, it’s not easy to be competitive against teams who have been working for the same coach for many years and have stayed at the top, but I think we are on the right path to do it.”

Time to instil his message is one thing, but having players with the receptiveness and ability to carry out his instructions has been of equal significance to Conte’s transformation of Spurs.

As Richarlison, Yves Bissouma, Ivan Perisic and Djed Spence have come through the door this summer, the departures of Tanguy Ndombele, Giovani Lo Celso and Steven Bergwijn, among others, have streamlined a squad which is now very much in Conte’s image. 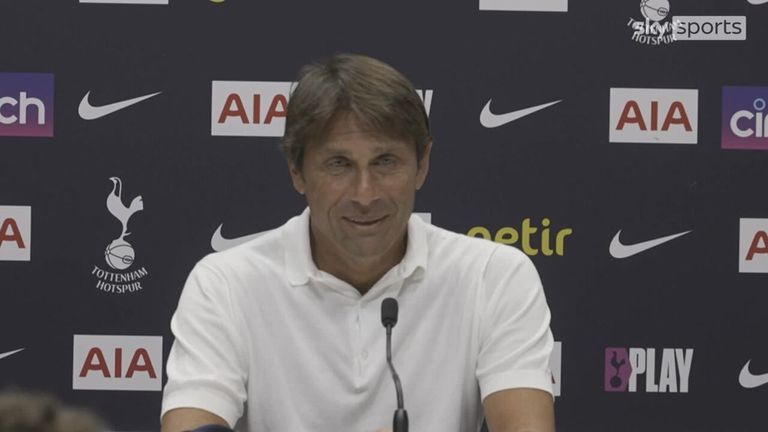 “Like every club we tried to improve,” he added. “I think our squad needed to improve and adapt because we are going to face four competitions

“Compared to last season we have improved our squad from a numerical and quality aspect. You know very well to play a game every three days will be very difficult, after these games you start to understand if the team is strong, competitive.”

Having guided Spurs back into the Champions League at the expense of north London rivals Arsenal, Conte will be eager to extend the club’s encouraging Premier League start to a competition which has been the scourge of his managerial career.

Conte won the Champions League as a player with Juventus but, since retiring, the Premier League and four-time Serie A winner has yet to make his mark on the European stage, winning just 14 of his 54 games as a Champions League manager.

It is an unrecognisable record when placed alongside Conte’s achievements in domestic football, but, after being drawn against Eintracht Frankfurt, Sporting Lisbon and Marseille in the group stages, the platform is there to set the record straight. Question is: will luck favour Conte and Spurs’ quest for European glory?

“First of all, we are happy to be in the Champions League,” Conte said. “In November when I arrived, no one could imagine that Tottenham was going to play Champions League because last season there were moments of great difficulty.

“We have to enjoy this competition. We have to stay humble; our group is one with great balance. We want to go to the next round, but we know very well this competition is difficult because you find the best teams in the world.

“We want to be competitive; we want to fight and show we are on the right path, but the Champions League is a tournament which is historically difficult to win.

“You can be good, you can be strong, but you have to be lucky as well, with the draw, to not have injuries at important moments. This competition is not simple.

“In the Premier League the team that wins are the most consistent team over 38 games, in the Champions League there are many different situations, and you need a bit of luck to win it.”

Before Spurs set off on their European adventure they face a club steeped in European heritage on Sunday when they travel to the City Ground to face newly-promoted Nottingham Forest.

For Spurs the message is a simple one, as Conte explains: “Usually when you play against a team that won promotion, the first season you find a team with great enthusiasm, the atmosphere is very difficult, a lot of noise when you play the game.

“Nottingham Forest have started the season very well with four points, they have had a really good transfer market trying to improve their team.

“I repeat the same thing every time to my players and also the media: it’s not going to be an easy game, you know you have to fight, to go with 100 per cent focus and concentration, otherwise you will drop points, draw or lose.”

Today on Sky Sports Racing: Challow Hurdle contender looks to get back on track at Fontwell