Liverpool beat Arsenal 2-0 at the Emirates Stadium to secure a huge three points in the Premier League title race.

Diogo Jota’s breakthrough goal early in the second half was soon followed by a second from substitute Roberto Firmino to move Jurgen Klopp’s side within a point of Manchester City.

Arsenal had chances of their own, none clearer than when Martin Odegaard failed to beat Alisson Becker from point-blank range after Thiago Alcantara’s sloppy back pass.

Man of the match: Joel Matip.

But while the Liverpool goalkeeper kept that attempt out, Aaron Ramsdale should have done better than allow Jota’s low shot to squeeze beyond him at his near post.

It was tough on Mikel Arteta’s team who started the game with real intensity, their performance featuring a standout display from Gabriel Martinelli on the left wing.

But they were unable to turn their endeavour into goals and their winning run ends at five. Liverpool’s own sequence of consecutive victories now stands at nine – and counting.

Mikel Arteta was able to name an unchanged team so Arsenal went with the same starting line-up that had beaten Leicester City at the Emirates Stadium on Sunday.

Mohamed Salah was only fit enough for a place on the bench so Diogo Jota came in to replace him in one of two changes from the Liverpool team that won at Brighton. The other was Thiago’s inclusion ahead of Naby Keita.

There was a time not so long ago when the absence of Mohamed Salah from the Liverpool starting line-up would have been cause for consternation but this squad is robust now.

Having previously won without both him and Sadio Mane away on Africa Cup of Nations duty, Jota was able to score what turned out to be the winner here while Salah was sat on the bench. 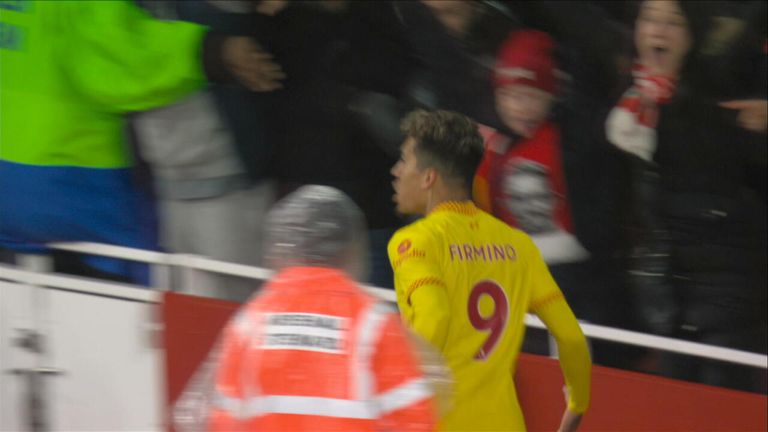 That Klopp could turn to Salah and Firmino moments later – with Firmino soon adding the second – highlights the depth that the Liverpool manager now has at his disposal. Five top forwards.

Analysis: A painful lesson for Arsenal

You could sense the excitement in the air before kick-off.

There was a buzz, an anticipation as in-form Arsenal welcomed title challengers Liverpool. After a run of five straight wins in the Premier League, were the Gunners finally ready to make a huge statement in the race for the top four?

In the first half, that expectation rose as Arsenal caused Liverpool plenty of problems. Gabriel Martinelli and Bukayo Saka looked real threats in behind Liverpool’s high line. However, Arsenal lacked a cutting edge with their final ball off all night.

Then came the big moment.

Early in the second half, Alexandre Lacazette pounced on Thiago’s sloppy back pass before teeing up Martin Odegaard, who was denied by a crucial save from Alisson.

Liverpool, who were never going to be as poor as they were in the first half, then showed how clinical you have to be in these big matches. Where Alisson had come to Liverpool’s rescue, could Aaron Ramsdale come to Arsenal’s? Diogo Jota puts Liverpool ahead at Arsenal – should Aaron Ramsdale do better?

Diego Jota’s shot squeezed past him at the near post before Roberto Firmino’s deft touch put the game to bed.

Suddenly, the Emirates Stadium was flat. The optimism was gone.

The reality, it was another false dawn for Arsenal in terms of them challenging the big boys of the Premier League. However, this result will not decide their top-four push.

The Gunners are still in an extremely strong position in fourth, but now the real test comes. Mikel Arteta will have to work hard to get a response from his side, starting at Aston Villa on Saturday as they bid to not let this result derail their Champions League push.

Arsenal visit Aston Villa in the lunchtime match on Saturday, heading to Villa Park for a 12.30pm kick-off. They’re then on Monday Night Football after the international break on April 4 live on Sky Sports Premier League; kick-off at 4.30pm.

Liverpool are in FA Cup action this weekend, travelling to Nottingham Forest on Sunday night; kick-off at 6pm. They then host Watford at Anfield after the international break on April 2, kick-off at 12.30pm, before their crunch title clash with Manchester City on April 10, live on Sky Sports Premier League from 4pm; kick-off at 4.30pm.

"In terms of the tactics, I think overall I wouldn't change too much" - Pat Cummins on drawn Karachi Test 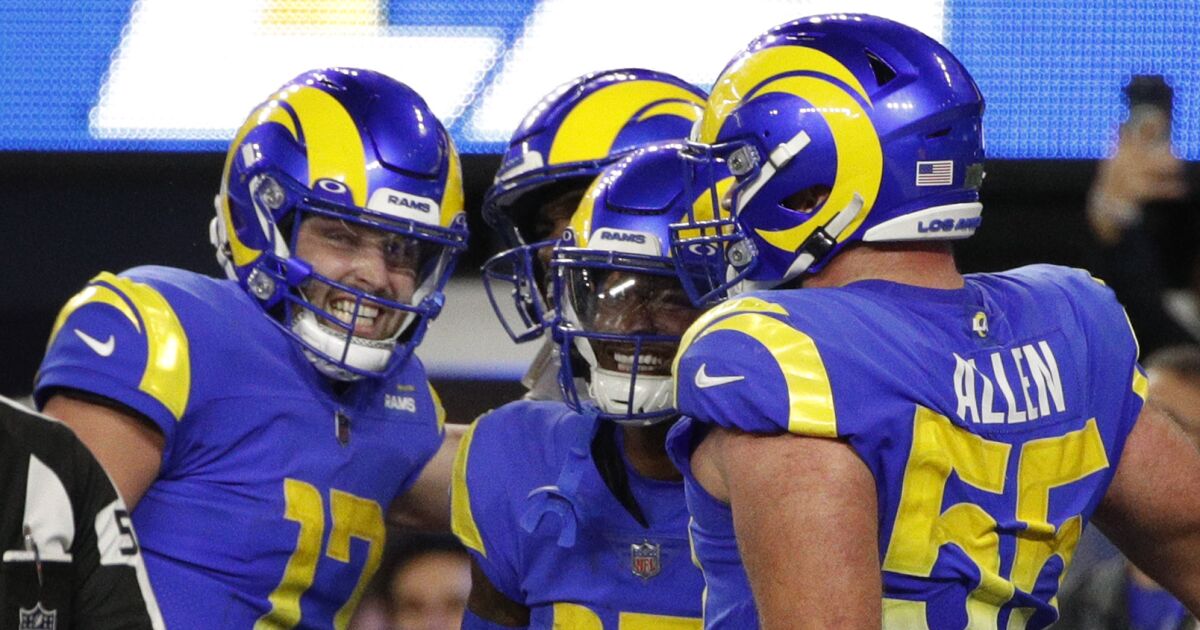 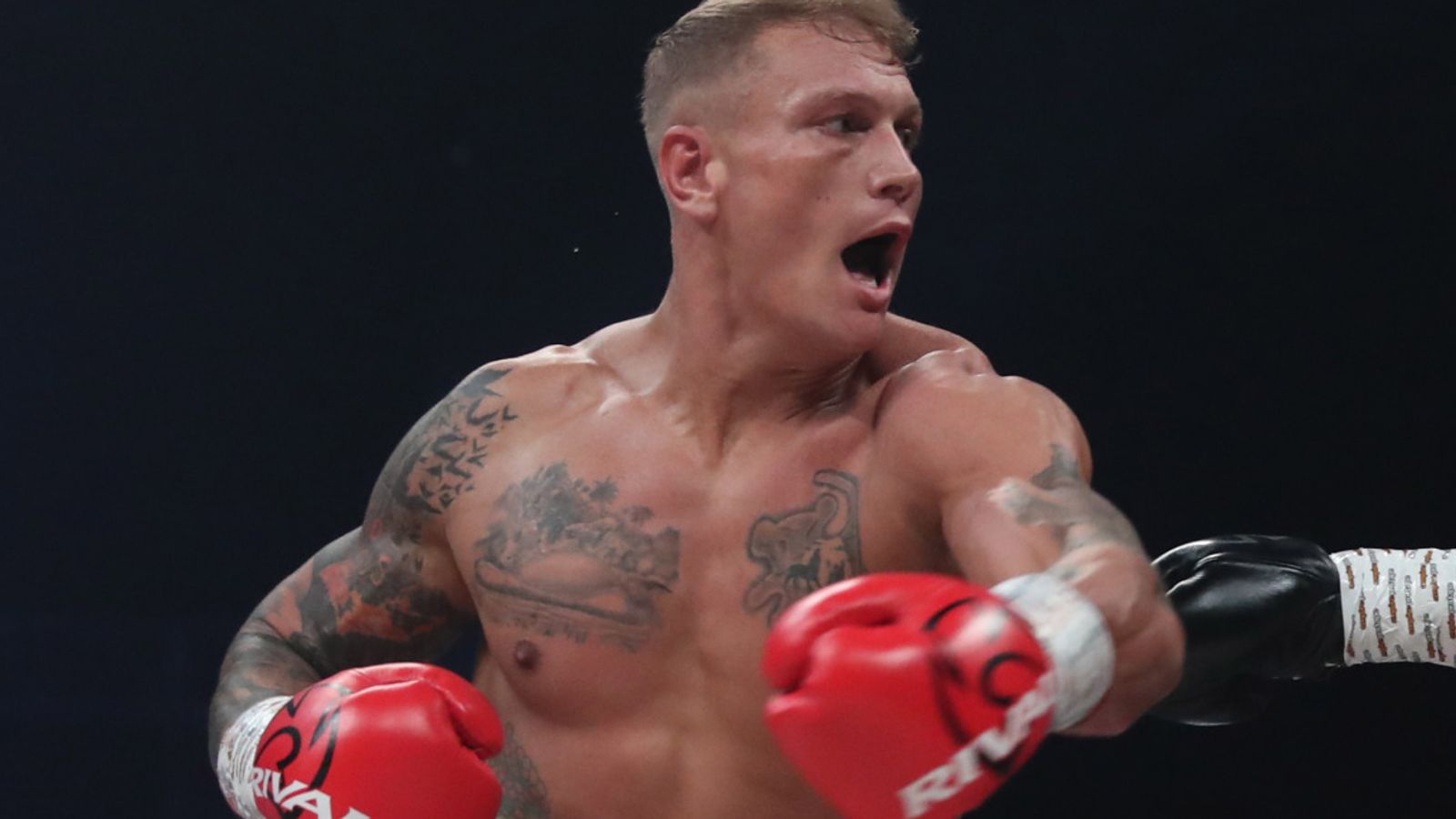 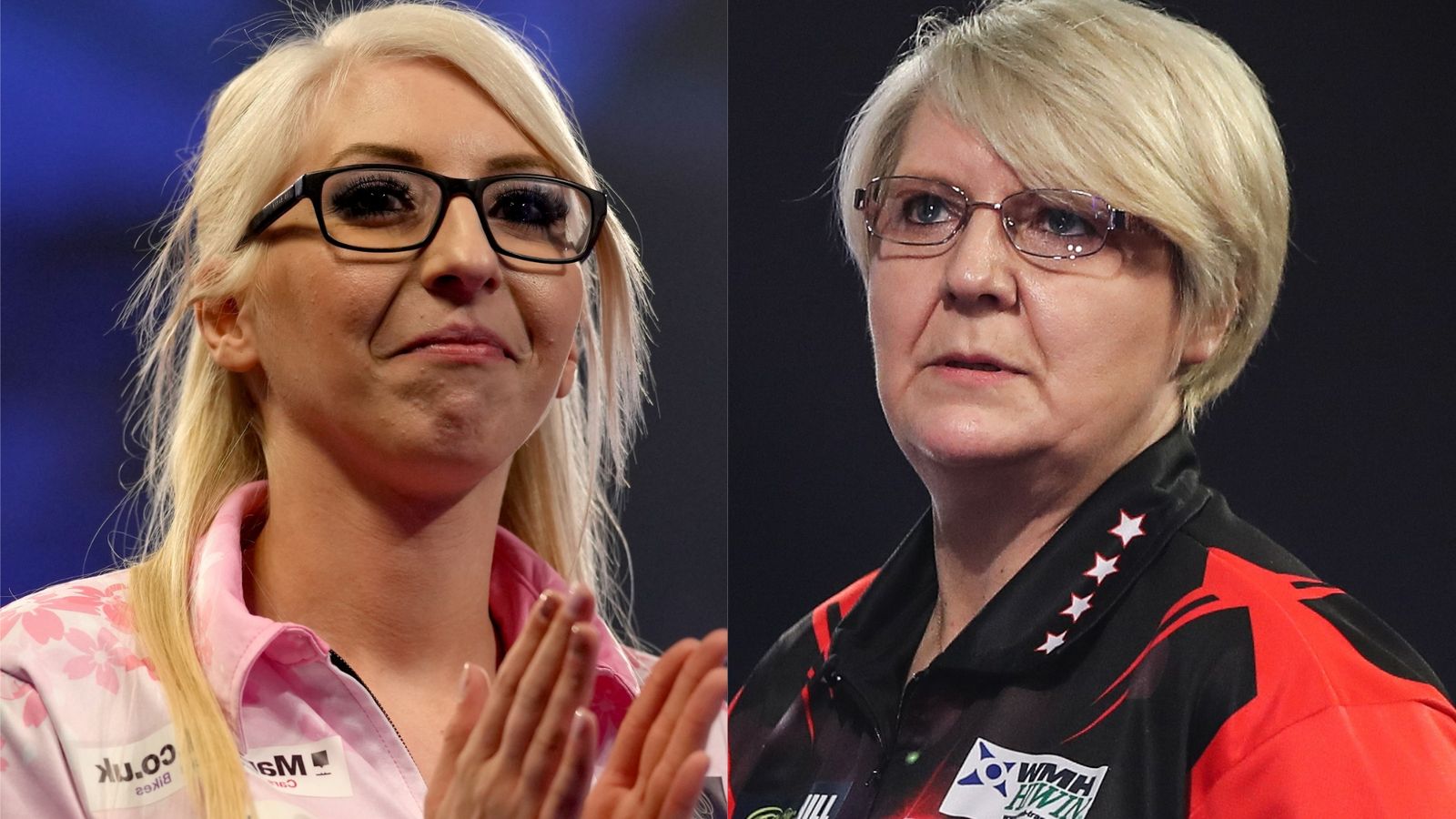