No player in the top four divisions of English football has created more chances since the start of the 2019/20 season than Barry Bannan.

Yes, you read that correctly.

Over the course of the current season and the previous three, the Scot has carved out 372 opportunities, which is 22 more than Kevin De Bruyne (350) and 92 more than Trent Alexander-Arnold (280).

Most chances created in top four divisions since 2019/20

Over the course of the current season and the previous three, the Scot has carved out 372 opportunities, which is 22 more than Manchester City’s Kevin De Bruyne (350) and 92 more than Liverpool’s Trent Alexander-Arnold (280).

Since he joined Sheffield Wednesday at the start of the 2015/16 campaign, only five players have bettered his haul of 55 assists.

To some, statistics are nothing more than an afterthought and milestones are welcome, but not dwelled upon.

For Bannan, they provide the ideal performance gauge, particularly as the numbers he is posting are currently growing more impressive by the season, despite the midfielder edging ever closer to his mid-30s.

He is under no illusions, though.

“They [De Bruyne and Alexander-Arnold] play at a harder level than me, so it’s probably a bit easier for me to make things happen,” he says in an exclusive interview with Sky Sports.

“Nevertheless, it’s always good to be at the top of these things because that’s what I base my game on. I’ve always been one to make things happen and I’m always trying to get on the ball.

“I get the same feeling if I play a nice pass and we score from it as I do from scoring myself. It’s the way I’ve always been – I probably liked setting up goals too much in previous seasons. But when I see a stat like that, I feel honoured.”

In Sky Bet League One this season, he has already set up six goals and scored four of his own, which is the third-best return of his career. To the untrained eye, it would look as though Bannan was in his physical peak when, in truth, he is a good few years beyond it.

So what allows him to continue to perform at such highly consistent levels?

He admits that, with experience, his mentality has changed in that, for example, he will take on a shot himself, whereas he might have sought out a team-mate in years gone by.

But the most significant and beneficial changes have been those to his lifestyle off the pitch.

“What changed for me is that I’ve got a wife now and we have had a little girl,” he explains.

“I was going out and stuff like that, but now I don’t get the chance, so I’m living a cleaner life, which has probably helped me find consistency. Staying away from alcohol helps, especially when you get older.

“When you are younger, you can get away with it because your body is more used to it and you don’t get two or three-day hangovers. I remember talking to older players when I was younger and they would say it will catch you one day – and it does.

“You need to learn from that and cut it out. I’m almost teetotal as I only ever drink for special occasions.”

It, then, comes as perhaps no surprise that he feels as though he is at the peak of his powers.

“I don’t feel old – I know I’m not old, but in football terms, I don’t feel as though I’ve lost any sharpness, pace or anything yet. I feel great.

“When I was younger, I was in and out of teams and not playing for weeks or months, then getting a chance, and it was hard to find consistency when you know that, if you don’t play well, you’ll be the one on the bench.

“Here, I’ve played nearly every game I’ve been available for, so you find consistency through that. I would definitely say I’m at the peak of my career at the minute.

“I know I’ve dropped down a league, but it’s still a hard, hard league and the numbers that I’ve put together are probably reflecting that I’m playing at the top of my game at the minute. But I always want to do better and aim for the stars.”

Bannan’s toils have, naturally, been a key part in the Owls’ rise to the League One play-off places this term.

Going into Saturday’s lunchtime trip to Derby, Darren Moore’s men sit a point outside the top two after 19 games. They have won eight of the last 12 league outings and established a healthy 11-point cushion between themselves and seventh-placed Portsmouth.

They missed out on an immediate return to the Championship in the play-off semi-finals last term, so there is only one place they want to be when the first weekend in May rolls around. 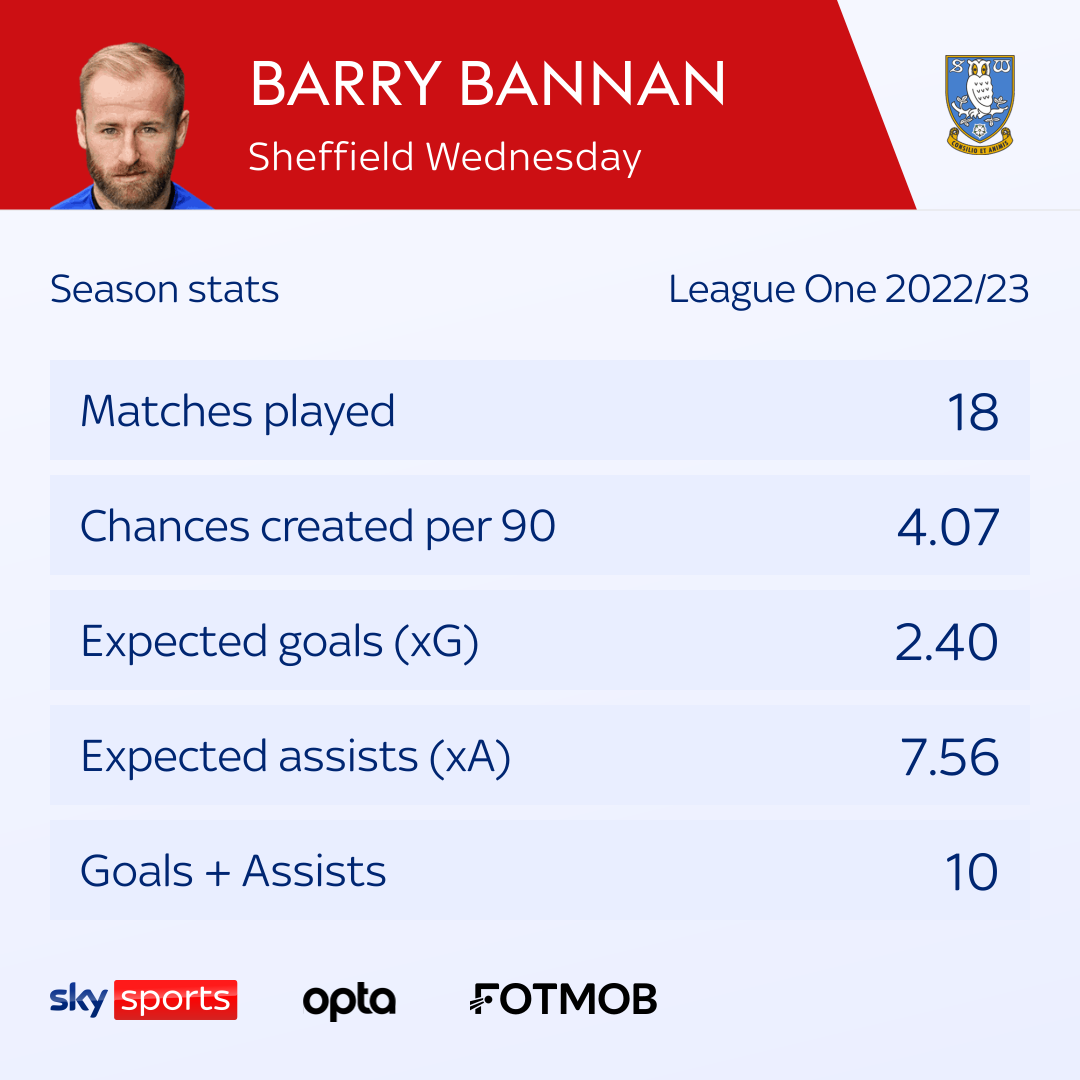 “We want to win the league. We set out at the start of the season to be No 1,” Bannan adds with conviction.

“There’s still a long way to go in this season, but we’re confident that we’re still within reaching distance of getting what we want. That’s what we’re aiming for.

“We had a season last year where we didn’t really know what the league was about, but we’ve learned, we’ve brought players in who know how to get out of this league to help us. We’ve got more than enough tools in the bag.

“We knew we had to come out of the box firing this year. We’ve got a tendency to be strong finishers from the last couple of seasons, so we knew if we could get off to a good start it would play a massive part in trying to get automatic promotion.

“We don’t find ourselves in automatic places at the moment, but we’ve put ourselves in striking distance to get that and we just need to keep moving.” 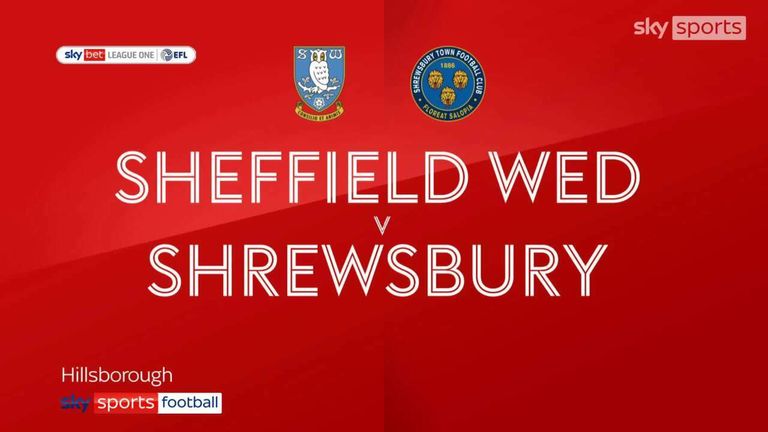 But first, there could be another personal celebration on the horizon.

Bannan revealed in an interview recently that he was close to hitting a target number of appearances that would trigger a one-year contract extension until the summer of 2024.

There will be sighs of relief in the stands at Hillsborough when that milestone is hit, but also for Bannan himself, who is looking forward to quietening the seemingly annual noise surrounding his future.

“When it does come, it’s going to be a big bonus for me and the club. It’s something we put in there because we wanted to do it and I want to be here for the rest of my career.

“If I keep playing the games then I’ve got a good chance of doing that. I can just put to bed rumours about whether I’m going to be here next year and I can concentrate on trying to get what this club wants, which is to get promoted and out of the league.”

If Bannan keeps producing in the manner he has been doing for so long, he may just get his wish.

Soccer Fans: Bet $10, Win $200 if USA Scores ONE Goal Against Iran With Our Exclusive Promo 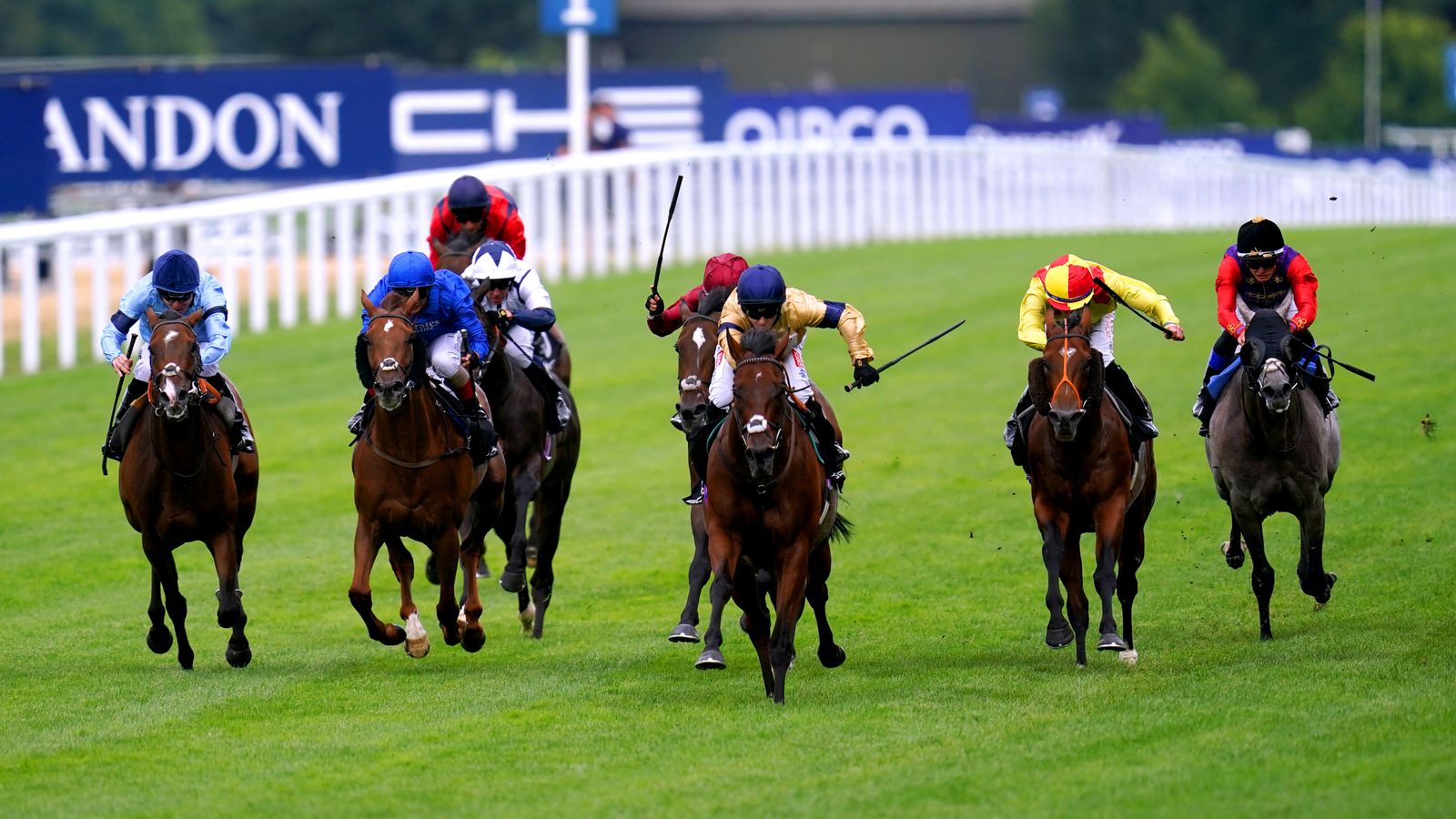