There are currently 12 wide receivers in the NFL with contracts that earn them an average annual value of $20 million or more. Nine of those contracts — Chris Godwin, DJ Moore, Cooper Kupp, Davante Adams, Tyreek Hill, Mike Williams, A.J. Brown, Terry McLaurin, and Stefon Diggs — were signed during this offseason. Just three years ago, there was only one receiver making that type of money, Julio Jones. The wide receiver market has exploded recently, and not like an high school ice bomb in the boys’ bathroom. I’m talking scorched earth, Chernobyl multiple times over. It has erupted to heights no one could have predicted.

With so many massive contracts at wideout positions, some fans have been wondering whether or not teams will be able to fill other positions with talented players. I’m one of those people. With how huge the quarterback and wide receiver markets have gotten, how are teams supposed to fill their offensive lines and defense with enough capable talent to win a Super Bowl? With the salary cap where it’s at currently, it seems near impossible to have a franchise quarterback past their rookie contract, a top-tier wide receiver past their rookie contract, and an elite defense. The Buccaneers do, but that’s largely in part due to Tom Brady’s willingness to take salary cuts. The Green Bay Packers did, but had to get rid of Davante Adams in order to make room for Rodgers’ insane contract. Same goes for the Chiefs, but they didn’t even have that elite defense. They had a mediocre defense and insane offensive line. Still, that was enough for the team to trade away star receiver Tyreek Hill.

There are three teams that could qualify: the Raiders, Browns, and Rams. However, I’d argue that the first two are borderline given that the Raiders’ defense is still iffy, even with Chandler Jones, and the Browns may never get to see their “franchise quarterback” suit up for them. The Rams are the exception. Somehow they’ve managed to ink Matt Stafford and Cooper Kupp to massive contracts all while paying two of the largest defensive contracts in the NFL as well: Jalen Ramsey and Aaron Donald. They’re wizards with money. I don’t know how they do it, but their accountants and finance officials are way smarter than me, clearly.

You take a look at the other receivers making more than $20 million a year and start to wonder “Will any of these teams be able to retain these guys after their contracts expire?” On the surface, the answer is mostly no. The Cardinals would likely drop DeAndre Hopkins in favor of Kyler Murray, who is currently looking for a massive contract extension. The Chargers have two receivers making $20 million-plus a year. Do you really think the Chargers could afford that if quarterback Justin Herbert wasn’t still on his rookie contract? How will the Eagles handle AJ Brown when they have to start paying Jalen Hurts more money? What about DeVonta Smith? What will become of the Bengals’ triple-headed monster of Burrow, Chase, and Higgins once all three start looking for contract extensions?

It seems likely that the wide receiver position could become a rotating door of talented veterans being forced to pack their things and skip town year-in, year-out to join a team that can afford their massive salary. However, esteemed NFL agent Leigh Steinberg tells Deadspin there’s nothing to worry about.

“This offseason was the fastest one-time explosion at a position that I’ve ever seen,” said Steinberg on the wide receiver contracts signed these last few months. “The whole question under the cap is ‘Who’s replaceable and modular, and who is irreplaceable and non-modular?’ and a group of teams made the decision about a month ago that the wide receiver position was now irreplaceable.” If that were true though, why did teams like the Chiefs, Packers, Cowboys, and Ravens trade away their top receivers this offseason? If the wide receiver position is so vitally important, and the belief is that a team with a talented wide receiver should spend whatever they can on him, why didn’t those teams do so?

“Because the salary cap was specifically designed to create parity,” said Steinberg. “The specific design of the salary cap was to force dominant teams to lose critical players.” That raises an interesting point. The NFL salary cap has risen remarkably in the last several seasons. In 2016, the cap was $155.27 million. Now, it sits at $208.2 million — a 34 percent increase. However, player contracts have risen by a substantially larger amount. In 2016, Julio Jones had the highest cap hit of any wide receiver ($15.9 million). Nowadays, Kenny Golladay has a larger number attached to him. Hell, Tyreek Hill’s average annual value is $30 million and that’s excluding his signing bonus. That figure is an 88.66 percent increase from Jones’s entire cap hit in 2016. The salary cap may be trending in an upward direction, but quarterback and wide receiver salaries are exploding at an even higher rate. So why, despite the sharp increase in salaries, is there nothing to worry about?

Steinberg explained that while markets for wide receivers and quarterbacks have ballooned, NFL teams are also wising up on other positional groups. “Offensive guard, middle linebacker, and running back have all declined in their critical nature. It’s all supply and demand.” Where the highest paid wide receiver nowadays makes far more than he would’ve in 2016, the highest paid left guard in 2022, has stayed more or less the same. In 2016, Oakland’s Kelichi Osemele had a cap hit of $13.2 million attached to him. In 2022, Indianapolis’s Quenton Nelson has a $13,754,000 cap hit. Not as big a difference as you’d expect. Based on how the percentage of the salary cap that those values took up, the value of the left guard position has dropped severely.

If you’re a guard, linebacker, or running back in high school or college right now and thinking “What the hell? So, you’re telling me I’m not going to make as much in the NFL now?” you have the Bengals to thank for that. According to Steinberg, the success of teams getting to and winning the Super Bowl becomes the model other teams try to replicate. That shouldn’t come as a surprise to anyone. “There’s a lot of imitative behavior in football. The league saw these two teams in the Super Bowl this year highlighting breakout wide receivers and being integral to their ability to run their offense.” Steinberg doesn’t believe that’s the key to success in the NFL though. Steinberg continued, “The key to winning is an owner who has stability and vision, a front office that excels in the ability to find, trade, and sign talent, and a coach with a system that works. The quality of players isn’t as valuable as the quality of ownership, the front office, and the coaching staff when it comes to winning.

With so many wide receivers nowadays looking to cash in on the market, it’s going to become less likely that we see elite veteran quarterbacks paired up with elite veteran wide receivers, but that’s only for the short term. As the market continues to even out, and we start seeing more running back contracts decline, along with other lesser-valued positional groups, those great receivers will find their way back alongside guys like Rodgers and Mahomes. The salary cap, as well as past poor front office decisions, may prevent that from happening currently, but, according to Steinberg, we should expect to see the equilibrium reached in the near future.

Basically, the wide receiver market may continue to boom for a few years, but that’s no reason to worry that it will come crashing down altogether. There’s a reason so many teams are salivating at the opportunity to get their hands on someone with good hands. Other positional groups will suffer monetarily, but that’s just how the free agent market works. Become invaluable, or lose value. Don’t expect to see wide receivers drop in value any time soon. 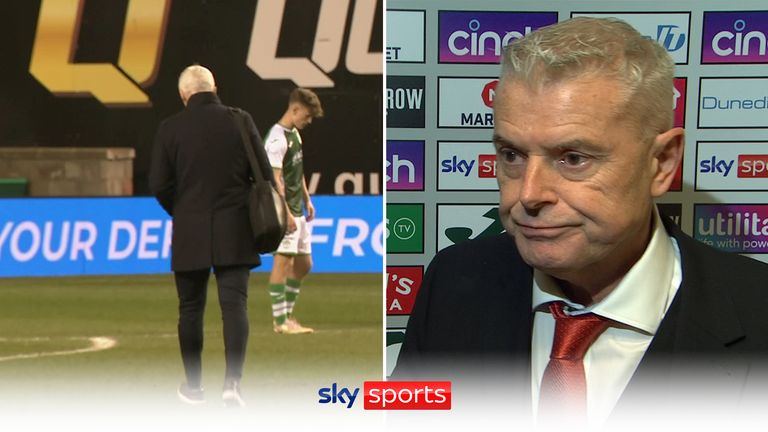