Black Clover Chapter 326 was supposed to feature the consequences of Yuno’s decision, and while it does, the raw scans suggest that the focus is mostly on Asta and Liebe in this chapter. Their connected past regarding Licita is explored further, and debates have risen regarding her being Asta’s mother.

Additionally, Black Clover was featured on the cover of this week’s issue of Weekly Shonen Jump. Asta is portrayed in all his Devil Union glory, but it is interesting that his design here is distinctly different from the one in the last panel of Black Clover chapter 326.

Black Clover, Ch. 325: The King of the Devils shows the Magic Knights why he’s called that! Read it FREE from the official source! bit.ly/3IIxTzo

Black Clover, Ch. 325: The King of the Devils shows the Magic Knights why he’s called that! Read it FREE from the official source! bit.ly/3IIxTzo https://t.co/3mbUZsVNVB

In the last chapter, Lucifero broke Yami’s arm, Nacht’s arm, and Asta’s leg as they tried to attack him. When Yuno tried to use the Spirit of Boreas to shield Asta, Lucifero knocked him out of Spirit Assimilation form. Yuno decided to gamble on Yami instead of Asta in lieu of the former possessing Vengeance’s Sword.

According to the spoilers, Black Clover chapter 326 is titled “Brothers (Kyodai).”

Chapter 326 is titled 兄弟, meaning “Brothers.” It has 15 pages, including the colour spread.

#BCSpoilers Chapter 326 is titled 兄弟, meaning “Brothers.” It has 15 pages, including the colour spread.

As he falls, Yuno teleports both Nacht and Yami to either side of Lucifero using Conjunction. Nacht uses a shadowy version of the Blade of Misteltein, and they attack Lucifero together. However, the attack is futile and the King of Devils stabs through their stomachs using his bare hands.

The scans are unclear regarding the aftermath, but presumably, both the captain and the vice-captain of the Black Bulls are incapacitated. Yuno’s fate is also unknown, but it is unlikely that Lucifero will leave him be. All the while, Adrammelech observes the proceedings without interfering.

In the inner plains of his mind, where he speaks to Liebe, Asta visits the devil’s time with Licita. He understands the love Liebe holds for his foster mother and the guilt he feels for his unwilling role in her death. There is a heartbreaking panel of Liebe apologizing for having met Licita, as he believes that his mother would be alive if she was never associated with him.

Asta understands his pain and assures him that he is glad to have met him. They reaffirm that being magicless connects them to each other, calling each other “brother” and resolving to kill Lucifero. In the outer world, Asta emerges in a new form, with his headband falling off to reveal a fifth horn as he warns Lucifero that he will never forgive him for killing his “brother’s mother.”

While’s Yuno’s choice was not necessarily the right one, it was the most logical choice. The limit to Lucifero’s powers is as of yet unknown, but it is now certain that only Asta can match him since Yami could not inflict any damage with the latest attack.

It is unclear from Black Clover Chapter 326 raw scans if Asta gets to know anything about Licita being his birth mother. There has been a debate regarding the authenticity of Liebe’s claim that Asta is Licita’s child. Many raise the point that Licita’s body steals life from every living thing, so it should not be able to give birth.

#BCSpoilers Asta only growing his 5th horn once the headband is removed has some massive implications; Also the fact his BB cloak is still on makes me think this isn’t actually “devil union” but something completely different entirely.

#BCSpoilers Asta only growing his 5th horn once the headband is removed has some massive implications; Also the fact his BB cloak is still on makes me think this isn’t actually “devil union” but something completely different entirely. https://t.co/HwTBVMGRgj

However, if Licita’s magic were to steal mana from everything that has magic instead of the life force, then that would explain Asta’s birth since he is mana-less. Be that as it may, learning about Licita clearly helped her sons understand each other.

The new form of Devil Union has two distinct deviations apart from the change in the markings. His pupils appear to have slits instead of four-pointed stars, and contrary to regular Devil Union forms, he has red pupils set in back irises instead of the reverse. Additionally, he sports a fifth horn, which is revealed as his bandana comes off.

Readers have taken this to indicate that Asta has either reached a new form of Devil Union, or this is something else altogether. Many believe that with their new understanding of each other, Asta might have taken a backseat while Liebe is the one in control. Another thing to note is that the time limit on Asta’s Devil Union is not mentioned here, indicating that it might be inconsequential at the moment.

Either way, Black Clover Chapter 326 brings in a new twist and a new direction to the ongoing fight. Hopefully, the English translation releasing on March 13 will clear things up.

[Disclaimer: The material featured in this article was originally posted on Twitter. Sportskeeda claims no ownership of any image or visual media posted here unless otherwise stated.] 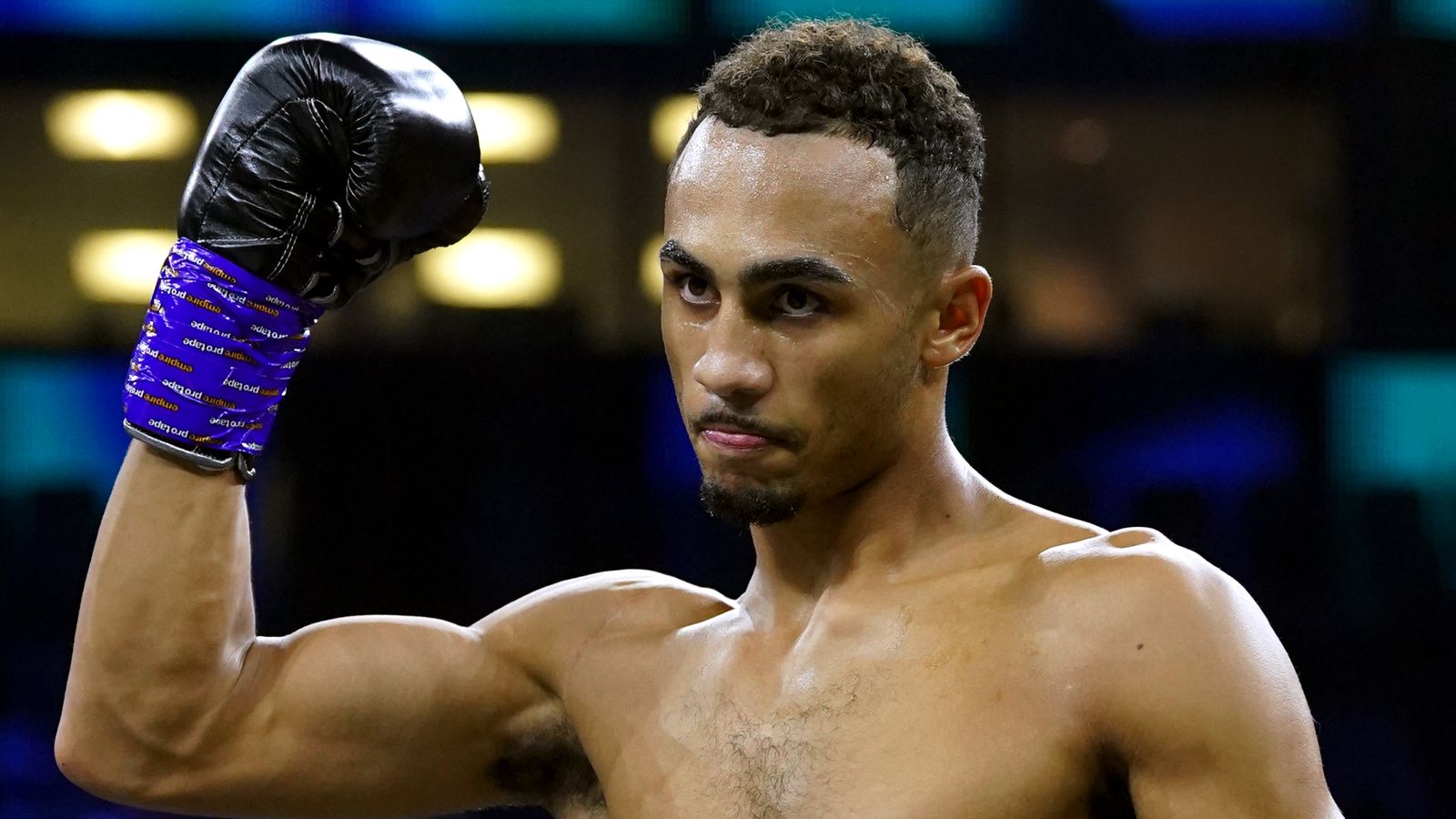