Leon Edwards made history in August when he clinched the UFC welterweight title, but now the 31-year-old wants to leave a legacy outside the octagon.

His fifth-round knock-out of Kamaru Usman – avenging a decision loss to the same opponent in 2015 – at UFC 278 saw him become the first Black British champion in the organisation’s history and the first Jamaica-born champion too.

Edwards, who is due to face Usman in a trilogy fight in March next year, hopes his career-defining win will allow him to become an influential role model in Britain and the nation of his birth.

“It means the world to me – and I’m also the first Jamaican-born champion, it means a lot to me as well,” Edwards said. “Those two titles alone are history.

“God forbid I go out there and lose – not to Usman – down the line somewhere. That’s still written in history.

“Now I want to use my platform to help and to motivate other people and to show that they can achieve stuff from coming from underprivileged backgrounds, single mum from the struggles.

“It means the world to me to be the first black British UFC champion and the first Jamaican born champion.”

Edwards’ rise to becoming UFC champion began when he started mixed martial arts at the age of 17, but up until that point had endured a tough upbringing, first in Kingston and then after moving to this country to live in Birmingham at the age of nine.

He wants to help more young people transform their lives and has been working with the UFC and fellow fighters Darren Till and Jimi Manuwa as part of a youth mentoring project.

“I want to head down that road to try to uplift my people and those people in general,” Edwards said. “And I started charities already and I’ve partnered with the UFC to start a charity to do with knife crimes.

“I’ve lost friends to it from doing the crime and also being killed from the crime, so that’s a passion for me and I’m also doing the charity a lot in Jamaica.

“I can’t forget the roots. I go back to Jamaica in November to try and use mixed martial arts to give back to my community where I grew up.”

Edwards has not forgotten his tough journey to the top of the UFC ladder and has no intention of ever doing so.

More importantly though, he hopes he can inspire others to make positive changes.

“I think it would be a sin for me to get this position just to forget where I came from,” Edwards said. “You’ve got to figure it out for yourself, and I’m trying to go back and reach out and try to help. 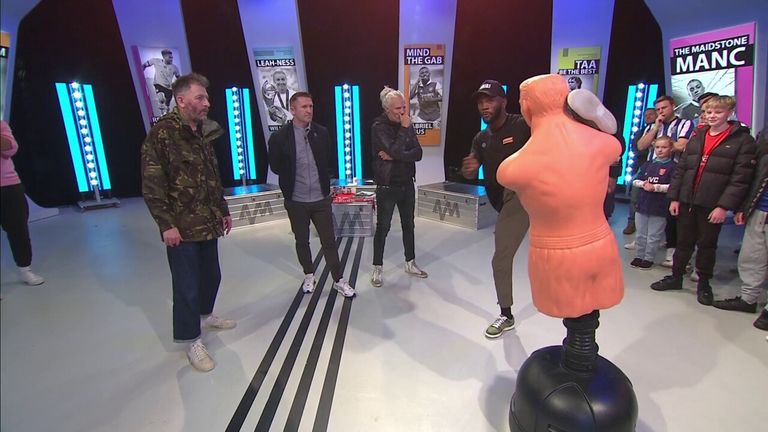 “I can help one or two, I’m happy with that. Not everyone is going to listen to me and be ‘Oh yeah, I changed my life’.

“But if one or two changed a life and can do more with their lives, I’m good with that.”