Chelsea looked to have snatched all three points when Jorginho coolly tucked away an 86th-minute penalty after substitute Scott McTominay mindlessly hauled Armando Broja to ground in the area.

But, in the fourth minute of time added on, Casemiro capped an impressive individual display as his header escaped the clutches of Kepa Arrizabalaga and just about crossed the goal line after coming down off the post.

United did everything but score in a dominant opening half-hour but saw their grip on the game loosened before the break by an inspired tactical change from Potter, as the introduction of Mateo Kovacic and switch to a back four breathed life into Chelsea.

The Premier League table remains as it was after the draw, with Chelsea remaining fourth after extending their unbeaten start to life under Potter to eight games, and United staying fifth as their unbeaten run in all competitions stretched to six matches.

Man of the Match: Casemiro.

After Potter famously inflicted defeat on Ten Hag’s Premier League debut with United, as Brighton stormed Old Trafford on the opening day of the season, the Dutchman set about enacting his revenge with a dominant performance built on the midfield superiority provided by newly-paired Casemiro and Christian Eriksen.

Chelsea were indebted to the resurgent Kepa Arrizabalaga form preventing United taking complete control of the game. The Spaniard tipped Antony’s curled effort around the post as the quarter-hour mark approached, smothered the ball at Marcus Rashford’s feet after Bruno Fernandes’ through pass, and then thwarted Rashford’s drive after he charged through the Chelsea half into the area.

United’s dominance forced a change of tactics and personnel from Potter, who sacrificed Marc Cucurella on 37 minutes to bring on Mateo Kovacic, and it had the desired effect, with Chelsea finally flicking a switch and engaging with the midfield battle.

Chelsea would end the half unrecognisable, peppering the visiting goal as Kovacic, Mason Mount and Raheem Sterling combined to create two opportunities which Pierre-Emerick Aubameyang could only turn wide, but United would have the final word before the break with Antony blazing the game’s best chance wide off his unfavoured right foot.

The tactical battle continued after the break without either team truly asserting their authority before a frantic finale burst into life when referee Stuart Atwell pointed to the spot after McTominay clearly hauled Broja to ground.

Jorginho hopped, skipped and jumped up to the penalty spot, tucking the ball past David de Gea to leave Chelsea on the brink of victory.

But United’s push to the death was rewarded when Casemiro’s header was deemed to have crossed the line after Kepa’s valiant attempted save turned the ball onto the woodwork, sparking ecstatic scenes in the away end as United escaped with a point they probably deserved. 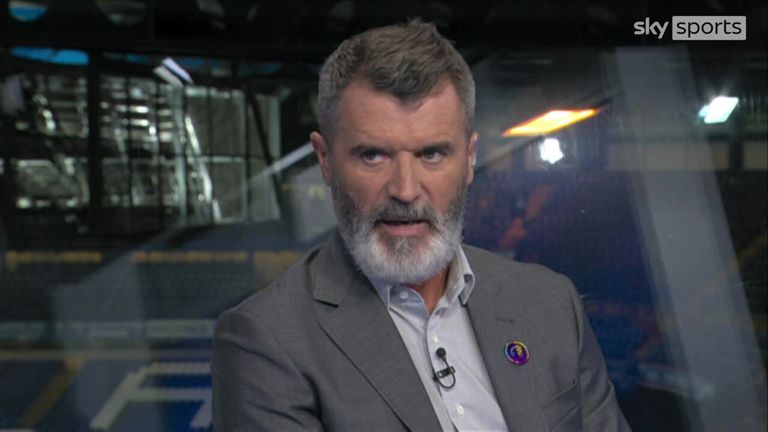 Roy Keane says Man Utd need more of a goal threat as they are not scoring enough goals. Keane watched United grab a late equaliser in the draw with Chelsea at Stamford Bridge. 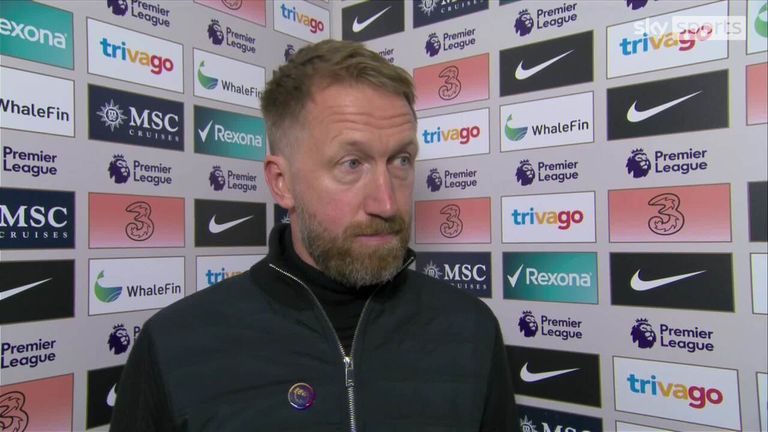 Graham Potter described Chelsea’s display against Manchester United as a ‘fighting performance’ and felt the 1-1 draw was a fair result.

Chelsea manager Graham Potter told Sky Sports: “It’s disappointing because at 1-0 you can see the end but over the course of the game, a point is about right. I don’t know whether we did well enough to win it. It was a fighting performance; we improved a lot after 30 minutes. In the end we take what we get.

“I didn’t feel we had enough control of the game, we probably needed an extra body in midfield to try and put a bit more pressure on, create turnovers to win the ball. I thought we were better after that.

“The boys gave everything, we can improve a lot in terms of our attacking play because we can create a bit more but we were playing against a good side.”

Gareth Southgate wasn’t at Stamford Bridge but he’ll no doubt be across the performances of his two left-backs that are all-but certain to be in his England squad for the World Cup. And in the battle between Luke Shaw and Ben Chilwell with eyes on that opening game with Iran on November 21 it was the Manchester United that put in a performance of shirt-grabbing proportions.

It’s easy to forget that just under a month ago the spotlight was on Shaw when he was picked to start for England in the 3-3 draw with Germany having lost his place in the United side to Tyrell Malacia. However, Shaw was England’s best player that night, scoring in an impressive individual showing. He’s kicked on domestically since then too, starting the last four Premier League matches as Erik ten Haag is finally starting to see the Shaw that lit up England’s left-hand side in their run to the European Championship final.

Yet again at Stamford Bridge, he was silky in possession and offered an attacking option when the time was right to join the play, although he wasn’t helped by an erratic Jadon Sancho. When United required a piece of quality, Shaw delivered in added time, whipping in the fantastic cross that Casemiro headed home that nabbed his team a point. And who was Casemiro bullying at the back post for that goal? Chilwell. The Chelsea full-back had a very quiet 90 minutes, offering little going forward and failing to defend his box at a critical time when his team needed him. It was a piece of defending that Roy Keane called “lazy” and lacked “desire.” It’s Shaw’s shirt to lose now.

Chelsea travel to Salzburg in the Champions League on Tuesday at 5.45pm before heading to Graham Potter’s former club Brighton in the Premier League on Saturday at 3pm..

Seattle Seahawks at Chargers: Who has the edge?