The first big-six clash of the season takes place on Sunday at Stamford Bridge as Chelsea host Tottenham, live on Sky Sports.

The London derby already feels pivotal in the new season with the game set to give an early indication of where both clubs are at – especially for Spurs.

“I think it’ll be a good test to mark whether they [Tottenham] are really in the contest for the title,” former Spurs defender Pascal Chimbonda told Sky Sports News.

The reason why it is such a huge litmus test for Antonio Conte’s side is due to the club’s dismal record at Stamford Bridge, where Spurs have won just one of their last 37 matches in all competitions, having drawn 12 and lost 24.

FREE TO WATCH: Highlights from Chelsea’s win over Tottenham in the Premier League in January 2022

Two of those defeats came under Conte last season as Spurs lost 2-0 in the first leg of their League Cup semi-final and were then beaten again three weeks later by the same scoreline in the Premier League.

“If you compare it to our team, there is no comparison,” Conte said after the first loss in January. “We’ve seen the difference between the two teams. I know the situation, it’s very clear, there is an important gap.” 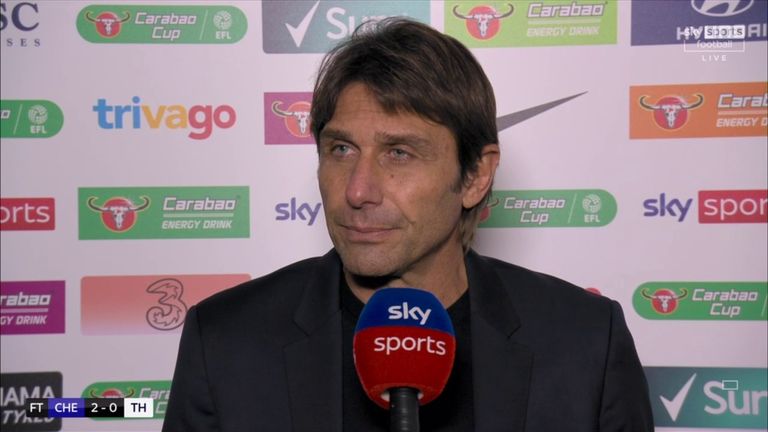 But following their convincing 4-1 opening-weekend win over Southampton – and a busy summer of transfer activity married with a full pre-season – the Italian’s tune has dramatically changed.

The former Blues boss said after Saturday’s victory: “Next week we have Chelsea and, with Chelsea last season, I think I have seen a lot of difference in the level.

“We played three games in 12 days [against Chelsea last season], we lost three games, we didn’t score, and they showed in these three games that in the moment they were much better than us.

“This season we are starting with seven months of work and, for me, this is very important because I can go in another step to implement our football knowledge and try to be stronger.”

Keane: Spurs set up for a brilliant season 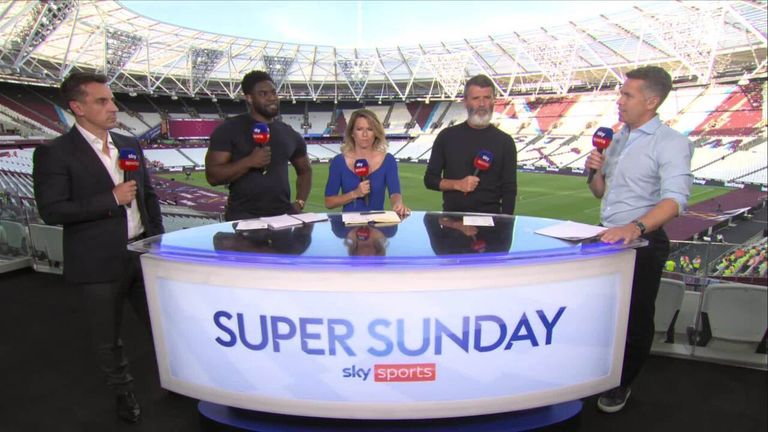 Micah Richards and Roy Keane discuss Tottenham’s credentials for the upcoming season, with the pair confident Conte’s men can do well

Conte’s confidence coupled with Spurs’ come-from-behind win over Saints has certainly underlined their potential this season.

“A couple of years ago if you saw Spurs were 1-0 down at home then it’d be tough going, but you just knew they’d come back into it. 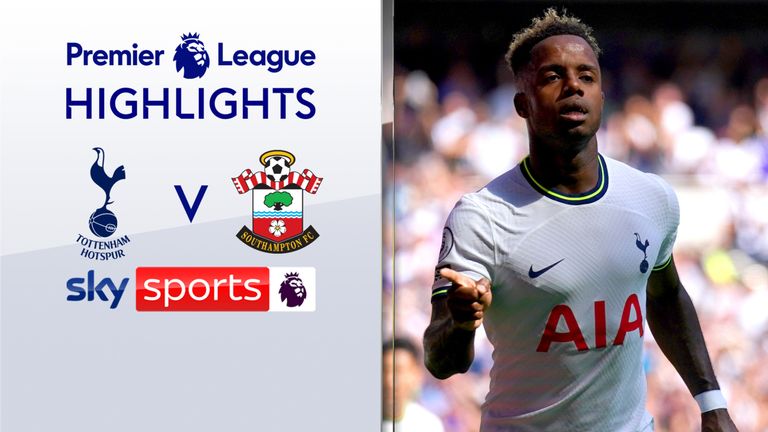 FREE TO WATCH: Highlights from Tottenham’s win against Southampton in the Premier League

“They’ve got strength in depth, an outstanding manager, there’s momentum at the club, obviously a lot of belief and confidence.

“I think Spurs are set up for a brilliant season.”

“I just think that they’ve got real quality in (Heung-Min) Son, (Harry) Kane and (Dejan) Kulusevski,” he told Sky Sports.

“I think we’ve always been critical of Spurs if Kane or Son get injured, but, looking at their squad now, I think the good thing about Spurs this season is they’ve got that strength in depth with the signings they’ve made.

“I don’t think they will challenge all the way, but I think they’ll have a really good season.” 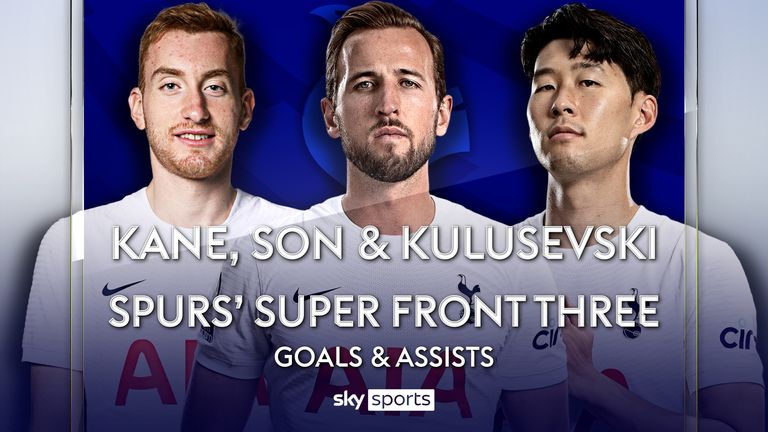 Tottenham’s attacking trio of Harry Kane, Heung-Min Son and Dejan Kulusevski have formed into a formidable front three since the Swede’s arrival in January

Spurs have scored the most Premier League goals in 2022 so far with 51, while only Liverpool (52) and Manchester City (46) have taken more points than Tottenham in this calendar year.

“Spurs could compete with Conte, especially looking at the results they got away at Liverpool and Manchester City last season,” Jamie Carragher told Sky Sports News.

“The Italian is a coach who can quite rightly go up against (Jurgen) Klopp and (Pep) Guardiola and not feel in any way inferior due to the success he’s had abroad and here in the Premier League as well.

“Spurs look a lot better than they did last season and they’ll join Chelsea in trying to close in on the top two.”

G Nev: I’m doubtful of Chelsea but a win over Spurs would shut me up But the same level of optimism does not surround Chelsea, despite an opening-weekend win at Everton – their first at Goodison Park in five years.

The Blues may have signed Raheem Sterling, Kalidou Koulibaly and Marc Cucurella but boss Thomas Tuchel has cut a frustrated figure at the club’s transfer activity amid a summer of upheaval.

The new Todd Boehly/Clearlake Capital ownership era has led to changes behind the scenes at Stamford Bridge, while the impact of the sanctions imposed on the club at the end of Roman Abramovich’s tenure have been felt beyond the Russian’s exit.

“Maybe I’m doubting them too much, but I feel Chelsea are not quite as smooth,” Gary Neville said on The Gary Neville Podcast on Sunday.

“Since the Abramovich situation it’s been difficult for the manager and the squad – senior players are leaving the club.

“The owner of the club is the most important person at a football club so they’ve had these incidents to deal with. It’s natural to then feel less sure about Chelsea.

“I thought they may run Liverpool and Man City close at the start of last season and it fell away but they had a really good season in the cup competitions. I thought they were outstanding and so unlucky in Real Madrid.

“Chelsea fans will probably be saying, ‘We’ve signed Sterling, we’ve signed Koulibaly and Cucurella’, but it seems a bit pinball-like in that you don’t know where your head will be next. 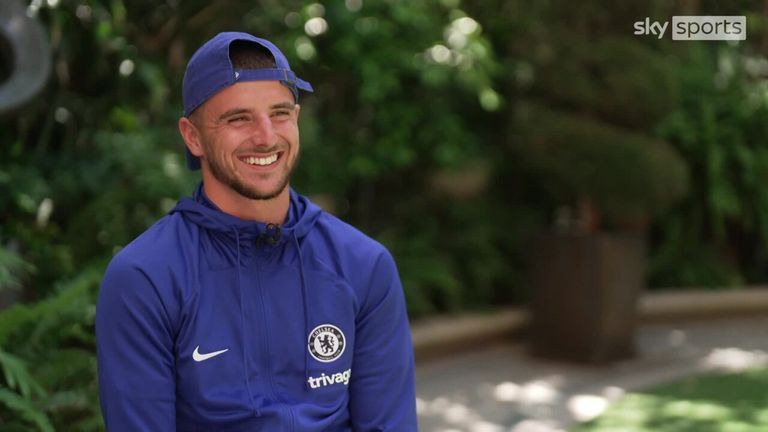 “Chelsea aren’t at the level of Manchester City yet, it’s going to take a little time to settle down.

“One thing you need to do in these types of moments – to shut people like me up – is to win. Good players at big clubs need to win – and that keeps everyone quiet.”

Tuchel: A lot of things to improve ahead of Tottenham 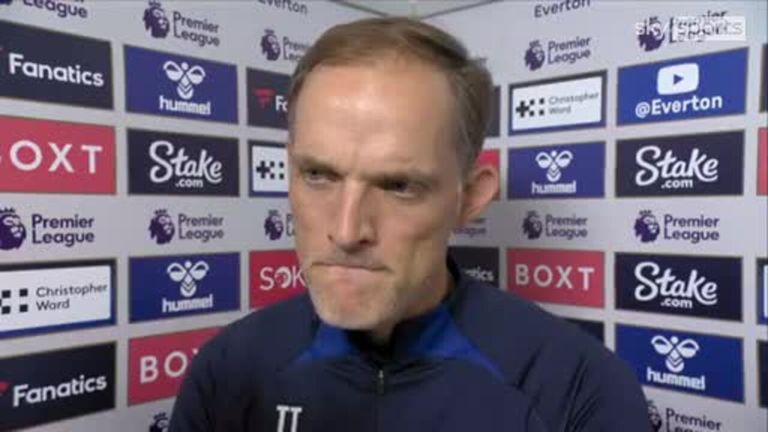 Chelsea boss Tuchel knows his side will have to up their performance against Spurs following their “rusty” 1-0 win at Goodison Park.

“We know we need to get better,” Tuchel admitted to Sky Sports after the Everton victory. “But a win helps the most to be open for improvement, for the atmosphere and for the spirit.

“I’m not sure myself [what this team can achieve this season], that’s why I don’t want to put pressure on us, but, at the same time, I don’t want to lower our expectations.

“But given the performance and the quality of the match [at Everton], I think we do what we should do: dig in, keep quiet, stay humble and analyse this game.

“There’s a lot of things to improve and we have the whole week and this next week has one headline and that’s Tottenham.”

A positive result for Tuchel over their burgeoning London rivals would certainly provide a more promising outlook with three weeks left to sign more players.

“A lot of people may be down on Chelsea,” Carragher told Sky Sports News. “But I think a couple of players could still come in to Stamford Bridge before the window closes.

“They could be in a completely different position come the end of August.”

Analysis: Chelsea vs Spurs will be a ‘really special game’ 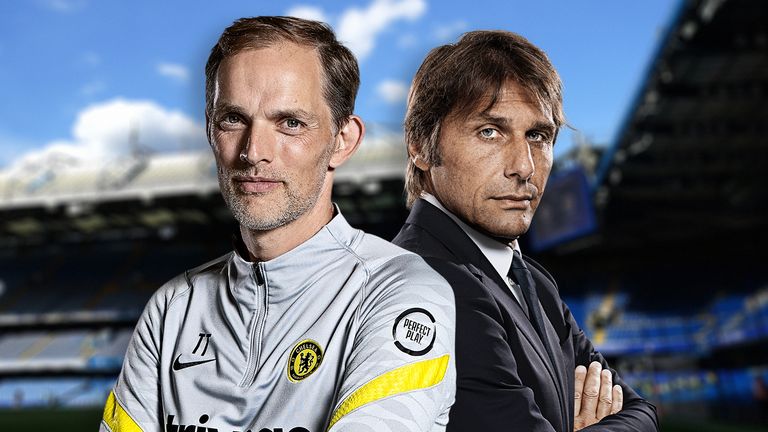 “This is going to be a really special game. I know it’s only the second game of the season but it’s always a big game and it’s a big rivalry.

“Of course a few people have written off Chelsea this season. They’ve got plenty to do, while Tottenham are looking strong under Conte.

“It’s just got everything for a Super Sunday we can really look forward to.

“Last season Tottenham lost to Chelsea four times and they weren’t in the game for any of these matches.

“But this is why I’m so excited for this match on Sunday to see how far this club have come at a place where it’s not a good ground for them.”