Sky Sports Racing senior analyst Jamie Lynch assesses the leading candidates for one of the most eagerly-anticipated races of the Cheltenham Festival, the Queen Mother Champion Chase.

The Godfather Part II, Aliens, The Empire Strikes Back and Nutty Professor 2: The Klumps. Those are rare examples of the sequel being better than the original, but it is what we are hoping for from the rematch of Shishkin and Energumene.

The two heaviest hitters in our sport going at it again, after an Ascot rumble that finished with three dots as much as a full stop, is something to savour, on top of which the support cast is bigger and better than in the Clarence House.

By common consent, it is the race of the week at the Cheltenham Festival…

Once is chance, twice is coincidence, three times is a pattern, so they say. But is it already more than a coincidence, and therefore a pattern, that the twice Chacun Pour Soi has ventured to Britain (8/13 both times) he went home with his tail between his legs.

If it’s easy enough to excuse him the Tingle Creek, because it was his reappearance (and he reportedly suffered a strain), it’s harder to forgive him for last year’s Champion Chase which looked at his mercy, before and during the race, until it came to Kate Bush time and running up that hill.

Solving races can be about prioritising the questions, and the very next query – after the big one about the big two – relates to which side of Chacun Pour Soi we’ll see.

The crux for Chacun Pour Soi is not ability but compatibility, hence it comes down to individual evaluation and what price you put on his British crossings so far as to whether it’s a coincidence or a pattern. I need bigger odds than 5/1.

Symptomatic of the stable in that he’s better than ever this season, as evidenced by back-to-back wins at Cheltenham, but bossing handicaps, and this is a very different ball game.

He won’t wear the crown, but he could hold the keys to the kingdom.

Dan Marino never won a Super Bowl, Jonah Lomu never won a World Cup, and Jimmy White was defeated in all six of his World Snooker finals. It’s too soon to say Energumene, like the aforementioned, is the right talent at the wrong time, but it could well be the case, in the same orbit as Shishkin.

I stand by what I said on Sky Sports Racing in the immediate aftermath of the Clarence House: that you could count on one hand the number of horses from history who could have caught Energumene at Ascot that day.

The result at the line needn’t define their relationship, not yet, not after one bout, not when there was 0.25 seconds between them, and not after Energumene had Shishkin on the ropes until the final round.

The Champion Chase is a different day, on a different track, at a [slightly] different trip. They’re all reasons for a reversal, though Energumene had advantages at Ascot that may not be replicated at Cheltenham, chiefly his complete control of the race.

Energumene is a chasing giant – but some stand on the shoulders of giants. 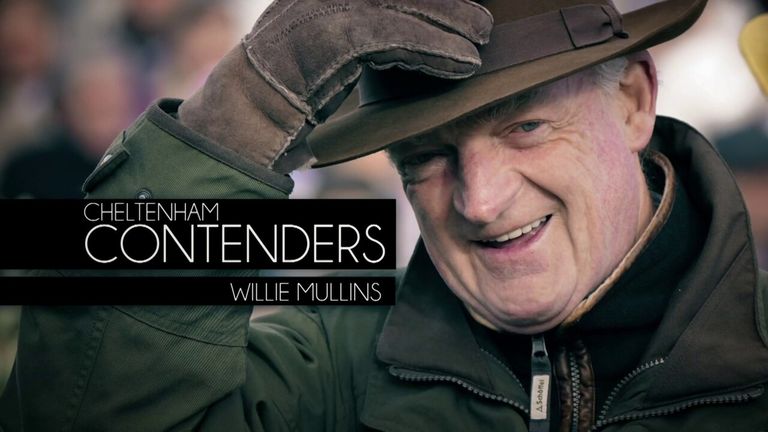 At this time last year, neither Shishkin nor Energumene had quite the hype around them that Envoi Allen did, but a reputation (and an unbeaten record) lost in the Marsh Novices’ Chase has never really been redeemed ever since.

This season his CV is better than the reality as the Grade Two he won doesn’t amount to much, neither does the Grade One at Leopardstown over Christmas when he made very hard work of seeing off his only remaining rival in Battleoverdoyen.

In between he was put in his place in a truer Grade One against Allaho and co.

He’s not the horse he once looked like becoming, nor is he a natural two-miler, yet the stated plan is to come here rather than the Ryanair, and there’ll be no hiding place in this high-quality, high-intensity renewal.

The horse who has run Shishkin the closest over fences, other than Energumene, is Funambule Sivola, who got within three-and-three-quarter lengths of him in the Maghull Novices’ Chase at Aintree last year, though that was a diluted version of Shishkin following his big shift in the Arkle.

He’s unbeaten this season at two miles, including the Game Spirit last time, but he faced only three rivals at Newbury (headed by Sceau Royal) and little or no improvement was needed. Hardly a qualification for a Champion Chase in truth.

Only a seven-year-old, and a second-season chaser, he obviously has a ticket to rate higher yet, added to which he’s a very assured jumper, and so he’s in the mix for a medal but bronze is the best he can reasonably hope for. 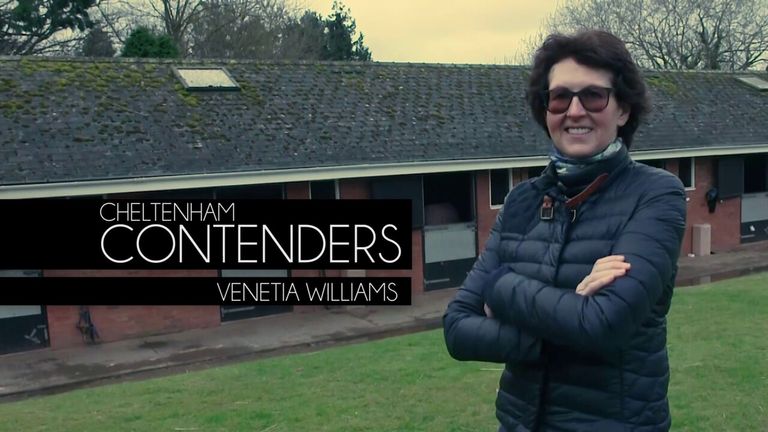 Trainer Venetia Williams will leave it late to finalise L’Homme Presse’s target at the Cheltenham Festival, while Fanion D’Estruval returns for the Ryanair Chase

There’s a touch of the Andy Murray about Nube Negra, with Shishkin, Energumene and Chacun Pour Soi reprising the roles of Federer, Djokovic and Nadal.

He could be classed as rather unlucky when runner-up in last year’s Champion Chase and, though this upcoming edition is another league above, he hasn’t stood still himself.

He raised his game when impressive in the Shloer on his comeback, in the process dismissing the last two Champion Chase winners.

He wasn’t himself in the Tingle Creek, the quick turnaround perhaps behind it, but he has since been freshened up for one big swing of the bat.

In a race that will be teed up for him, his high cruising speed and pinpoint jumping will get him far at a track that’s clearly right up his street.

The big two might have class he can’t cope with, but I reckon he’ll be best of the rest.

Put The Kettle On

The antithesis of Chacun Pour Soi in that she saves her best for Cheltenham, recording four wins there, including an Arkle and a Champion Chase.

Her star seems to be dimming, however, based on her recent runs with one of those at Cheltenham – beaten favourite in the Shloer – which doesn’t augur well.

It says something that she’s targeting another Champion Chase, rather than the easier Mares’ Chase later in the week, but that’s only a hypothetical hook, and the practical part of her performances this term suggests that the fire has gone out.

As a chaser, he’s unbeaten and, so far, unbeatable. Energumene produced a near-perfect two-mile chase performance in the Clarence House, full of pace, power and perfect technique, and yet Shishkin still overhauled him on the run-in, despite being on his nose at the sixth fence.

To focus on the fact it took him so long to master Energumene at Ascot is to underestimate all he did to mirror his moves at pressure points that would break almost any other chaser past or present.

Comparing him to the stable’s dual winners of the Champion Chase, Shishkin is like an amalgamation of them both, blessed with the finishing flourish of Altior on top of the high gears of Sprinter Sacre.

It’s trite to say Shishkin will be hard to beat, because his price and his record tells us precisely that, but how short should he be? Odds of 4/6 infer, logically, that he’d win this Champion Chase on six occasions if you ran it 10 times and, for me, it’s hard to argue with that.

At the core of the Champion Chase is the nuts and bolts of what happened at Ascot in the first title fight of these equine heavyweights and if you believe the different dynamics of Cheltenham will help Energumene exact his revenge.

But in-built to that is the idea that Paul Townend will have options to play the cards when he wants, whether or not it’s the same cards in the same way as Ascot, and that may not be the case, as it’s shaping up to be a double-figure field, including some competition for the lead.

The more the merrier for Shishkin, as the stronger the gallop the more invincible he is. Let’s not forget too that he’s twice won at the Cheltenham Festival, whereas Energumene still has that box unticked.

Shishkin can cement his status as a modern great, but from a financial perspective I’m focusing on Nube Negra in the more exotic markets, as this is his perfect playground and, off a break, he’ll be primed and readied for a peak performance by his top stable.

Bobby Wagner has Seahawks fans crying over his farewell message Toronto Blue Jays fans fired up over back-to-back shutouts over the Boston Red Sox: “Where can we pick up our certificate of ownership of the Red Sox?” “Ah victory is SWEET”