Chris Billam-Smith triumphed over Isaac Chamberlain in a brutal 12-round battle to defend his European and Commonwealth cruiserweight titles in his Bournemouth hometown on Saturday.

It was a performance and an occasion that should move him into world title contention and set him up to challenge for a major belt in his next bout.

Dean Lonergan, the promoter of Jai Opetaia, the new IBF champion and current world-leading cruiserweight, was ringside at the Bournemouth International Centre to see the fight, with a view to matching the winner with his fighter.

“He [Opetaia] is the number one in the world, it’s mental the opportunities that now lie ahead. I’m so excited for them,” Billam-Smith said.

“That tonight was the pinnacle of my career so far but there’s going to be even better nights ahead.”

It was a thrilling bout fought in front of a raucous crowd. “That just blew my expectations. It blew the roof off. It was so loud in there. Honestly, it makes me emotional thinking about it,” Billam-Smith said.

“It was so much more than I expected.”

Chamberlain may have lost a unanimous points decision but he acquitted himself well as Billam-Smith put him under immense pressure.

“I’m that sort of fighter. I fight with intensity and I can keep it going. Everyone who spars me knows how intense I spar. People hate sparring me. They know they’ve got to be on it,” Billam-Smith said.

“It was tough in there, obviously. I had a short camp. I’d just had a baby three weeks before I went into camp so it was a very short camp. It was five weeks of actual training, six weeks in total, so it was a physical, physical fight.

“But I know I’ve got the engine and I’ve got the mindset to get through it and obviously a great team around me.”

While victory will propel him on to world level, there will also be options for the loser. 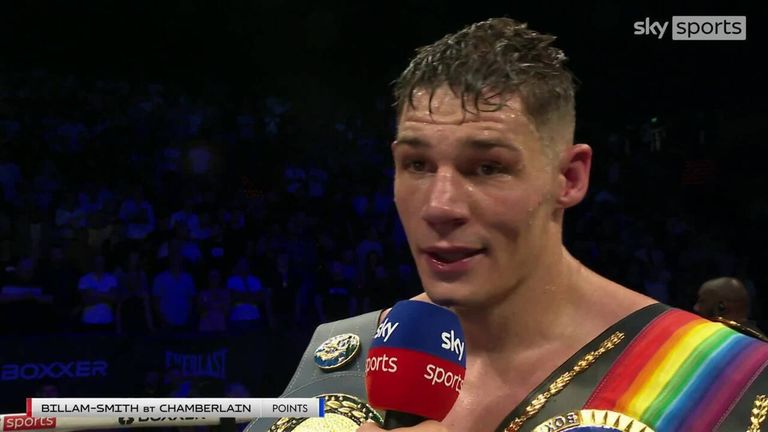 “We’ve got Jack Massey, Mikael Lawal, Deion Jumah – Lawal’s going to be fighting Jumah for the British Chris Billam-Smith: ‘Beating Isaac Chamberlain was pinnacle of career, but next fight’s even bigger’ next,” Shalom explained.

“There’s a lot of fights to be made.”

The cruiserweight division is opening up. Richard Riakporhe is another British fighter closing in on a world title shot. But he won’t block Billam-Smith’s route towards a fight with Opetaia. Promoter Ben Shalom is lining up a shot at WBC champion Ilunga Makabu for Riakporhe.

“We want to make the Makabu fight for Richard Riakporhe and I think we can make that this year,” Shalom revealed.

“So that’s what we’re focused on for Richard. We think that’s the right fight for Richard. His development has been incredible. 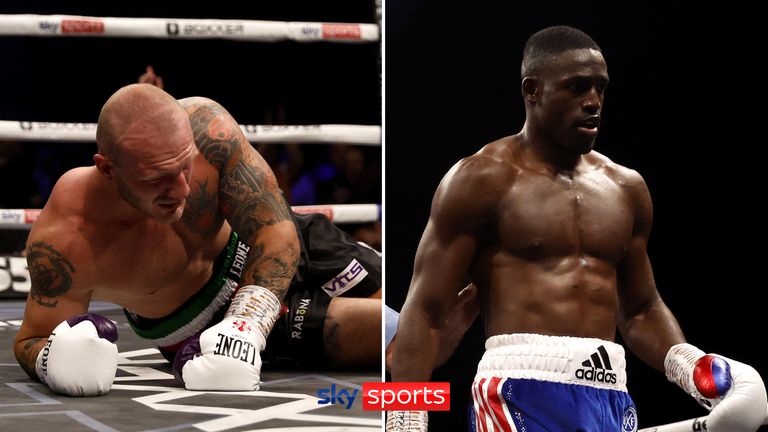 Look back at Riakporhe’s ruthless stoppage win over Fabio Turchi

“He took to boxing late and his development had to come late but he’s improving every fight and his power is incredible. We think he has everything it takes to be a world champion so he will fight Makabu.

“Richard’s dream I think would be to win a world title and then look at a unification with Lawrence Okolie. That’s what he wants. Ultimately he has heavyweight ambitions. He’s a monster.

“I think you’ve got Richard and Lawrence are considered the top two on the domestic scene and probably Billam-Smith and Chamberlain are the two biggest names outside of those two.

“We’re going to have big opportunities for both of them.”