A British heavyweight showdown against Dillian Whyte would be the perfect fight to get Daniel Dubois “recognition”, according to his trainer Shane McGuigan.

Dubois improved his professional record to 19-1 with a dramatic win over Kevin Lerena on Saturday, stopping the South African in the third round after going down three times himself in the first three minutes.

The 25-year-old suffered a knee injury the first time he was knocked down, but McGuigan is confident his fighter could be ready to face fellow Londoner Whyte by spring next year.

“I think we need a big fight like that to get Daniel, not up for it, but to get him recognition,” McGuigan told Sky Sports News.

“So I’m excited, but obviously we have to go and rehab the knee, see the extent of the damage and then we’ll sort of understand the timeframe when we can get out, but hopefully March, April sort of time, maybe it gets pushed back to May, but he needs to have an active 2023.”

Dubois’ win over Lerena was his fourth successive knockout victory since suffering the only defeat of his career to fellow Brit Joe Joyce in November 2020, and saw him retain his ‘regular’ WBA belt. That title is lightly regarded, a secondary belt to the WBA heavyweight championship that Oleksandr Usyk holds along with the IBF and WBO titles.

Dubois was stopped by Joyce after suffering a major eye injury, but the fact he was able to come through major adversity against Lerena has answered questions about his ability to manage a crisis.

“We’re getting a scan today (Tuesday) and hopefully we’ll have some news.”

McGuigan was in David Haye’s corner when the former heavyweight world champion gamely fought on after suffering a ruptured Achilles tendon during a classic British clash with Tony Bellew, but the trainer said Dubois’ situation was slightly different. 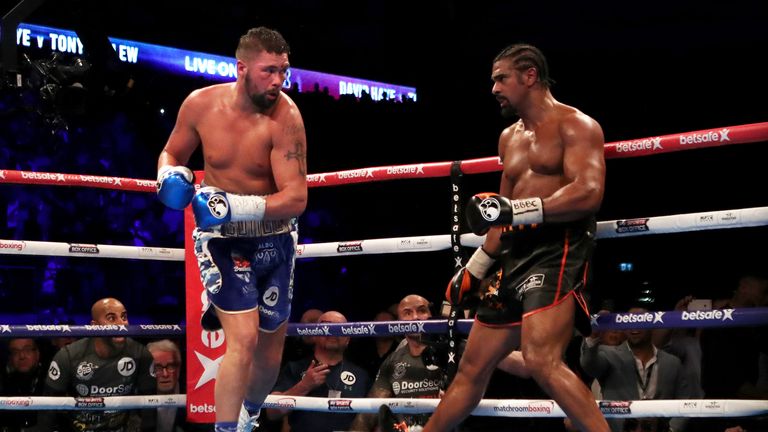 “With David it was a different situation, his leg was fully ruptured. We were trying to get Tony Bellew to over-commit and walk onto a shot,” McGuigan said.

“With Daniel, he was able to press and put some form of weight on the leg. He did the right thing, got up on his bike, moved around.

“I was barking at him to get on his jab and let Lerena walk in, and he managed to walk him onto a fantastic right hand and finished him with a great combination – what an uppercut.”