Derby County’s prospective new owner, Chris Kirchner, met with the EFL on Tuesday to discuss his planned takeover of the club.

Sky Sports News has been told Kirchner told the league’s bosses, in order to deal with the club’s debts, he has offered to pay non-football creditors 35p in the pound over the next three years. That is a deliberately-targeted figure.

The EFL’s insolvency rules state unsecured creditors must be paid immediately at 25p in the pound, or over a three-year period at 35p in the pound – otherwise the club in question will be liable for a further 15-point deduction.

Negotiations are ongoing with HMRC over an outstanding tax bill that is in excess of £30m.

Kirchner was recently confirmed as the preferred bidder to buy Derby and granted exclusivity by the administrators to try to complete a deal to take over the East Midlands club.

He appeared to be out of the running to take over the club when he withdrew his original offer just before Christmas and turned his attention instead to Preston North End, but talks broke down.

As preferred bidder, Kirchner will have exclusivity in accessing all of Derby’s confidential accounts and give him preferential status to complete a takeover of the club.

Highlights of the Sky Bet Championship match between Swansea and Derby

Any change of ownership is unlikely to happen for two months at least, Sky Sports News has been told, and there are still many more barriers to overcome.

The most significant hurdle is the ownership of Pride Park, which still belongs to Mel Morris, and a separate deal to either purchase or lease the stadium to Kirchner will need to be agreed.

Then there is the lengthy due diligence needed for Kirchner’s accountants to study all of Derby’s finances, and further negotiations with creditors to clear the club’s debts.

However, it is a hugely positive step after months of despair for Derby fans, who have seen their club in administration for more than six months.

Rooney at the time spoke favourably about the possibility of Kirchner taking over. “He has got some really good ideas and as long as everything is right for the club I can see it being a real positive,” the Derby boss said.

In withdrawing his offer for Derby in December, Kirchner said he had presented a “very detailed, generous and ambitious long-term sustainable business plan”. 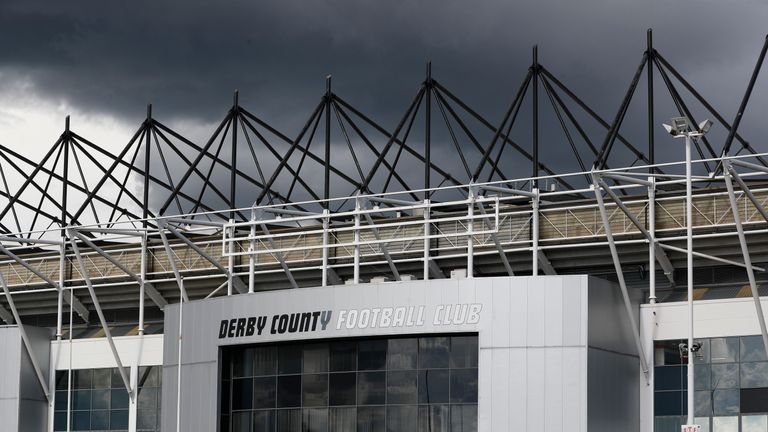 In 2013, he posted a message which said: “Men categorize (sic) women in one of four ways… #factsonly.” The tweet went on to include terms that are abusive and misogynistic.

When the message was re-posted by a Derby fan, Kirchner replied to say he is not sexist in any way, and was brought up alongside his sister, by a single mother.

Sky Sports News has been told Kirchner regrets the original message, which was an ill-advised attempt to quote song lyrics and movie quotes. He is adamant those words do not represent his personal views.