Dustin Brown has been here before.

As the Kings’ first-round pick in the deep 2003 draft, the bruising forward was a foundational piece for a team that was rebuilding around young players. He grew up with their other prospects, learning how to win together and, too often, learning to salvage what they could from their many losses.

They were. Without those brief postseason journeys the Kings wouldn’t have reached the top of the mountain — and Brown wouldn’t have hoisted the Cup as their captain in 2012 and 2014. He’s 37 now and on the downside of a career distinguished by intense physicality and strong leadership, but he has made it through their post-Cup overhaul of their roster and coaching staff and is seeing history wind back on itself.

The current Kings, with Brown playing a less prominent but still vital role on the third line, are inching toward securing their first playoff spot since 2018. They’re third in the Pacific Division and were three points ahead of Vegas before they faced the Chicago Blackhawks on Thursday at Crypto.com Arena.

“I don’t really like comparing, but it’s very similar to our group,” he said of the pre-championship Kings. “We didn’t have a lot of experience — maybe a few guys that we traded for. We had to get to the playoffs and we got there twice before we really figured out what the hell was going on. People say, ‘Oh, this is what the playoffs are like,’ but you don’t really know what they are until you play in them.

“This is really good for the team and where they’re headed, the direction. It’s a good place to be. For myself, my career is winding down and I want to play meaningful hockey. This is all I could ask for as a player.”

Constructed around a core of kids and fortified by the smart additions of veterans Phillip Danault, Viktor Arvidsson and Alexander Edler, they’re beginning to explore their capabilities as a team. Brown, the franchise leader with 1,293 games played before Thursday, has provided a voice of experience in the locker room and sparks on the ice.

“Organizationally we’ve been talking about a rebuild and retooling but there comes a time when it’s no longer a rebuild and it’s time to go,” he said earlier this week. “This year, especially with the additions they made, bringing in a few more veterans, just steady guys that can carry you on a nightly basis so you’re not trying to develop three of the four lines. And that’s a statement.”

Brown missed a month because of a finger injury, returning April 12 to score a goal and three points in his first four games back. He had nine goals and 28 points in 61 games and was averaging 14 minutes and 45 seconds’ ice time per game, his lowest average since he averaged 13:59 in 2005-06, his first full NHL season.

He’s still a physical presence, with 85 hits and 18 blocks, and he has meshed well with left wing Alex Iafallo and center Blake Lizotte. His true value goes beyond numbers.

“Dustin Brown understands pressure and he understands what it takes to get to the next level and he’s certainly showing it,” team president Luc Robitaille said. “We know he’s been really good in the room, too, with the young guys, bringing in some stability. And obviously that line has made a big difference the last couple games, and we do expect the same moving forward. I’m real happy that he’s able to come back and really make a big difference on our team.”

Lizotte credits Brown with leading by example. “He’s an unbelievable guy,” Lizotte said. “From Day One he’s kind of brought me in. You learn from older guys all the time but Brownie specifically is a guy who just is a pro. A pro’s pro.”

That sometimes means reminding players that hockey is a joy, not just a job. “The biggest thing he’s taught me is to have fun with the game. Don’t take it too serious,” Lizotte said. “Once you get too serious you kind of lock up and grip the stick tight. I think he’s a guy that lightens up the room at the right time and still treats this as a game. I think when most players play their best hockey is when they’re having fun with the game.”

It’s still fun most days for Brown, who is finishing an eight-year, $47-million contract and can become an unrestricted free agent this summer. It’s difficult to imagine the Kings without him.

But his scoring decline and their need to play the kids they’ve stockpiled make it unlikely he will return even if he wants to — and that’s not firm in his mind. He’s taking time to consider what role he might play if the Kings want him back and to consider what’s best for his family. He and his wife Nicole are parents to four kids, ages 8 to 14, and have strong ties to their hometown of Ithaca, N.Y., where they spend summers.

“To be honest, I’m not really sure yet. It’s still one of those questions that I want to take some time away from it,” he said. “I don’t think those are decisions you want to make during the ups and downs and just the day to day. There’s good days and bad days. Just want to take my time with it.”

His place in the Kings’ history is secure because of his contributions to those two Cup championships. By helping carry them back to contention he has made a contribution that will be felt long after he’s gone, whenever that might be.

"Mets exposing the Giants," "Swinging at first pitches and overall jumping on all that DeSclafani has to offer" - New York Mets fans throw shade at San Francisco Giants after the latter give early runs

Charles Barkley ’embarrassed for basketball’ after Timberwolves collapse vs. Grizzlies 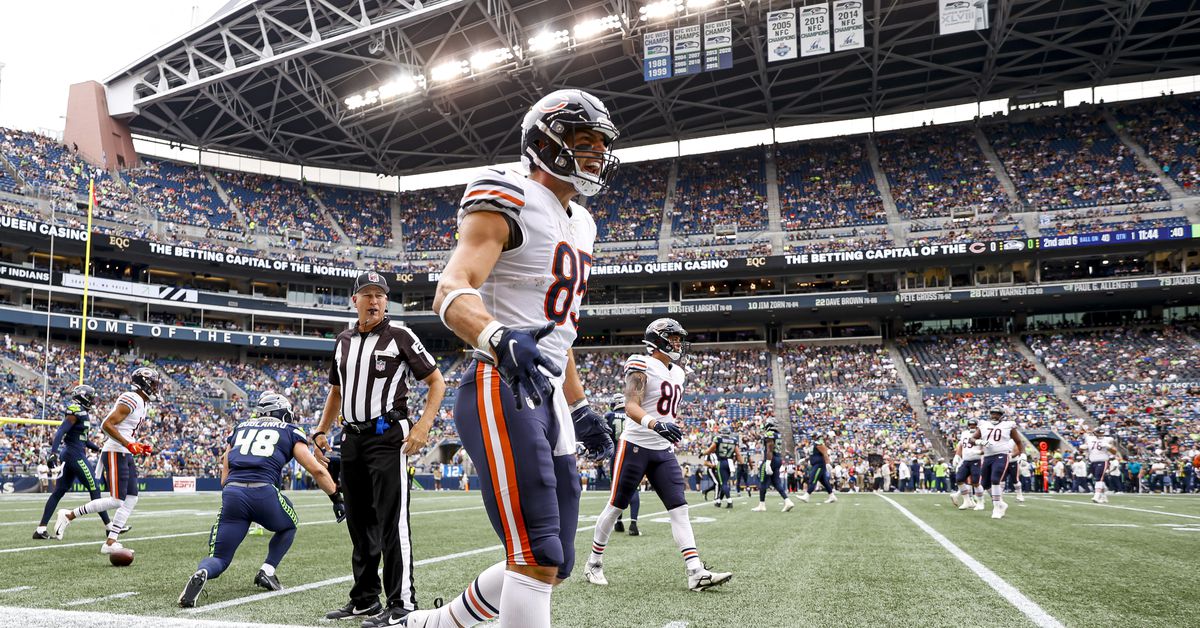