In an exclusive interview with Sky Sports’ WSL presenter Caroline Barker, Everton’s Toni Duggan discusses the difficulty of hiding her pregnancy from her teammates in the early weeks, joking and training with Andros Townsend and how she’s not called time on her England career just yet.

Despite the pregnancy sickness, Toni Duggan says she still enjoys a bowl of Scouse: “I’ve still been having my Scouse, getting my goodness in, especially in this weather. My mum’s been forcing it down me neck.”

Although she’s travelled from Manchester City to Barcelona and Atletico Madrid, Duggan’s never strayed far from her Scouse accent, as rich as the stew synonymous with Liverpool.

We sit down for a chat a month after the Everton forward announced she was pregnant and would miss the rest of the WSL season. It’s not just Scouse that’s on the menu on a Zoom call from the club’s Finch Farm base.

“In the first few weeks, I wasn’t too sick, I was just actually being sick,” Duggan says. “I felt okay in myself so I’d be on the bike upstairs before the girls went out to training”.

Like most mums-to-be, Duggan didn’t share her news for the first 12 weeks, even though at times it was hard to hide – particularly as she was repeatedly being sick.

“It was every single time at 10 minutes. I think when my body temperature came up and I needed to be sick, the girls were in the gym and I was like where can I go? I had to be sick into my jumper and just put it to the side.

“It’s been tough. One minute, I’m on the pitch training with the girls doing my own little session and the next minute I’m stuck in bed for 24 hours”

According to the charity Pregnancy Sickness Support, nausea and vomiting in pregnancy affects up to 94 per cent of pregnancies, from mild to the condition at the extreme end of the pregnancy sickness spectrum, hyperemesis gravidarum.

For Duggan, it was the sickness that made it difficult to hide when she wasn’t yet ready to share her news.

“There are a few occasions when we went out onto the pitch and I was into the toilet being sick. The last time, one of the young kids was like ‘are you okay? Is everything okay?’ and I was said ‘yes, I’m just having a bad day’.

“It was hard hiding it from them when we live in each other’s pockets.”

Duggan thinks had she been in another job, her colleagues would have guessed. But being in football where ‘so many of the girls haven’t had a baby’, they just accepted it when she told them she had a bad back.

The news was finally broken via an Instagram post at the end of September. Her teammates and fellow Evertonians – both from the men’s and women’s teams – were quick to congratulate her, whilst she was quick to apologise to them for hiding her pregnancy: “Andros Townsend was like a ‘back injury eh?’ and laughing with me.”

On reflection, Duggan wonders whether she held back, worried about the reaction within the game and she says she was also worried about letting the team down.

“When we found out, I was shocked and surprised and thinking how are we going to tell them at football? Because we’re not used to it in this environment.

“I know how difficult it was for me and I’m quite an experienced player. I’m 31 years of age and I’ve played at numerous clubs. I feel experienced in that regard, I’m quite outspoken and even for me, it was really difficult for me to handle and tell.

“I think if a 20-year-old girl went through this, how would they handle it? So I do think there’s other things that could be put in place to help players.”

Throughout our chat, Duggan is keen to stress how supportive everyone at Everton has been. She points to how manager Brian Sorensen is experienced from when his own partner, also a footballer, had a baby.

“Everton have been amazing with me from the first day I told them. I couldn’t be at a better club in that respect, but I do think there are other areas that could be improved.

“I just think there has to be a system. There has to be more support for the player, even going through it now, there’s no protocol.

“If a player gets injured, gets an ACL injury then they know what’s going to happen. They go and see a specialist to get advice, etcetera, etcetera. Whereas since I’ve been pregnant, it’s kind of just how you feel. There’s no research behind it, if you’re feeling this symptom what should you do?” 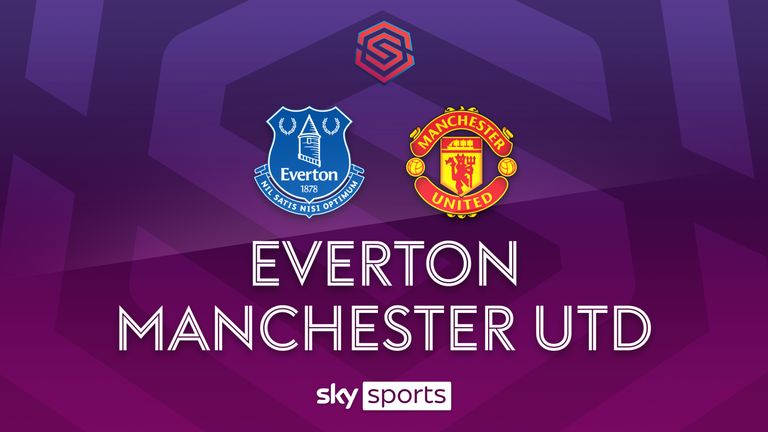 Whilst also wanting to help mothers of the future, the England striker can’t wait to get back to playing the game.

“My ambition is to come back and play, that’s what I’m focused on,” she said.

“First and foremost, it’s that me and the baby are healthy. That’s the most important thing, however long that may take because nobody knows, everyone’s pregnancy journey is different. But yes, I want to be playing for Everton next year.”

And her ambition doesn’t stop there – Duggan has 76 caps for England, with 22 goals. The last time she pulled on the shirt for her country was back in March 2020 and when she returned to the Toffees in the summer of 2021 – eight years after leaving for Manchester City – she set her sights on getting back with the Lionesses.

What about a future England call up now then?

“I wouldn’t write it off,” she said. “I would never retire from international duty. If I’m required or I’m called upon, I will always be available and I’ll do that until the end of my career.

“Whether I’m good enough, or fit enough, that’s up to the coaches. My ambitions never changed, I’ve always loved playing for the Lionesses, I’ve always felt a big part of it.

“If the England call comes, it comes and I’ll be over the moon. But if it doesn’t then so be it. I know there’s a great generation of young talent coming through now with what they did in the summer. I was so proud of them and I would always say the door remains open on that one.”

The inspiration is certainly there. Duggan talks about the likes of Arsenal and England’s Katie Chapman returning to play after giving birth and in 2019, Jessica McDonald lifted the World Cup with the USA with her son by her side, sprinkled in confetti.

And just last month, Crystal Dunn scored a stunner to send her side Portland Thorns to the final in the NWSL, just five months after giving birth to her son Marcel, she also took to the pitch in October at Wembley as the USA were beaten 2-1 by England.

Duggan too would love to emulate those brilliant mums and run out at a match with her baby watching on.

“I look forward to having the baby on the sideline watching me. I think if there’s any motivation that you need then there it is. Next year is going to be crazy, just having a little one watching you so I’m really looking forward to that.

“Hopefully I can be scoring goals again, helping the team and getting back playing football. I’m not going to lie, it’s hard watching. I am missing it, but I am still out there training which is good so far, when I’m not too sick on those days, but I just look forward to getting back with the girls.”

For now though the focus is on the new family with her partner Tony and with two Tonis in the family already, is there a chance at a third? Well, they’ve opted not to find out the gender of the baby, although are up for a few suggestions for names.

Jill, if Lioness Jill Scott is crowned Queen of the Jungle perhaps? Or how about Ken after her Grandad and champion supporter?

“My grandad is just happy now he’s become a great grandad. He says he’s always known he’s a great grandad but now it’s actually confirmed he’s obviously over the moon. Names are difficult – you can keep giving me ideas though!”

There you go then, an open invitation to help name Toni Duggan’s baby, although surely with mum Toni and dad Tony, ‘Toni the third’ is an open goal? Maybe think again, because as any Evertonian and indeed England fan will tell you, when it comes to football, there’s only one Toni Duggan.

To find out more about sickness in pregnancy or if you need support, visit Pregnancy Sickness Support for more information.

The Joseph Ossais are partially why we watch the NFL