Fulham completed a loan for Leeds winger Dan James at the end of a busy Deadline Day for the club, which also included a loan deal for Paris St-Germain left-back Layvin Kurzawa and the permanent signings of Willian and Carlos Vinicius.

Wales international James is seeking regular first-team football ahead of the 2022 World Cup which commences in November.

Three other Premier League clubs were interested in the 22-year-old, including Tottenham, but James felt he would not get the game time he wanted if he were to join Antonio Conte’s side.

With Leeds forward Daniel James linked with a move away from Elland Road, take a look at his best goals in the Premier League

The winger had been training with the first-team squad for the last two weeks after mutually terminating his contract at Corinthians.

Fulham boss Marco Silva was impressed with what he has seen from the 34-year-old in training and views him as someone who can add experience and quality to his squad. 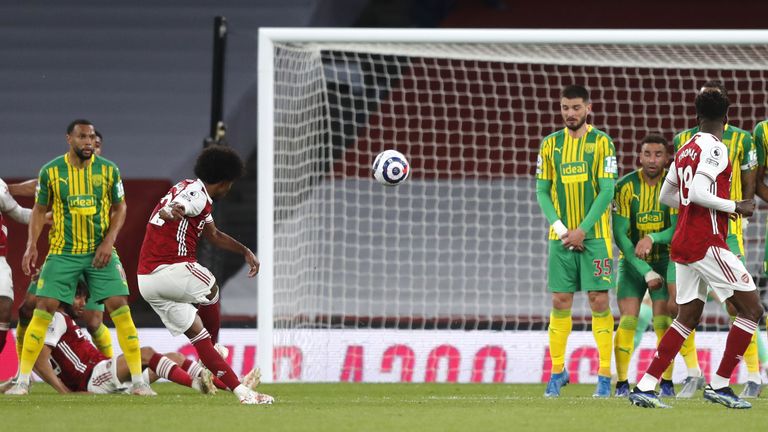 Kurzawa and Vinicius in; Gazzaniga, Kongolo out

France international Kurzawa, 29, has been added to Silva’s squad for the duration of the season on a loan deal from PSG, while former Tottenham striker Vinicius joins from Benfica for an undisclosed fee.

The 27-year-old has signed a three-year deal, with Fulham having the option to extend his contract by a further 12 months.

“I’m happy to be back in the Premier League again,” said Vinicius, who scored 10 goals and provided three assists in 22 appearances for Tottenham.

As well as those incomings, Fulham also loaned out back-up goalkeeper Gazzaniga to La Liga side Girona for the remainder of the campaign and defender Terence Kongolo to Ligue 2 side Le Havre.