Gareth Southgate says England have to accept criticism over the OneLove armband, with Gareth Bale adding that Wales “weren’t too happy” about not being allowed to wear it.

Ahead of the tournament in Qatar, a number of European teams – including England, Wales, the Netherlands and Germany – said they would wear the ‘OneLove’ armband, which promotes diversity and inclusion.

However, shortly before the tournament began, FIFA said the relevant football associations would face sporting sanctions and on-field bookings for their captains if they wore the armband.

Players have spoken since about the pressure they faced and the risk of a yellow card, with Germany putting their hands over their mouths ahead of their opening match against Japan in an apparent protest over free speech.

There has been criticism of the decisions to not wear the armband, and Southgate says while they still support the issues it stands for, they must take on board any comments.

He said: “We have spoken about these topics for a year. There is a risk that everybody tries to escalate it. Do we have to make a better video than Australia or a better gesture than Germany?

“If we are rushing to do something, we can make an error which doesn’t land well.

“For the players and myself, we have to be focusing on the games. The FA are taking it seriously and we are not ducking any questions.

“We want to raise awareness and are supportive of our LGBTQ fanbase and some may feel disappointed about the armband not being worn and we will be criticised for that. But we have to accept the criticism and move on.

“I think if we’re confident about ourselves and where we stand, we shouldn’t worry about needing to do something (in order) to be seen to be doing it.”

Denmark have also criticised FIFA president Gianni Infantino and the federations actions, saying they will not vote for him for another re-election.

When asked for his thoughts on the English FA following suit, Southgate said: “In my opinion, the coach of the team should coach the team and the executives of the FA should speak at at a higher level.

“I can empathise as we are talking so much about non-football things that it’s difficult to prepare the team. It’s not for me. If I want to be a football politician in my life, I’ll do that.” 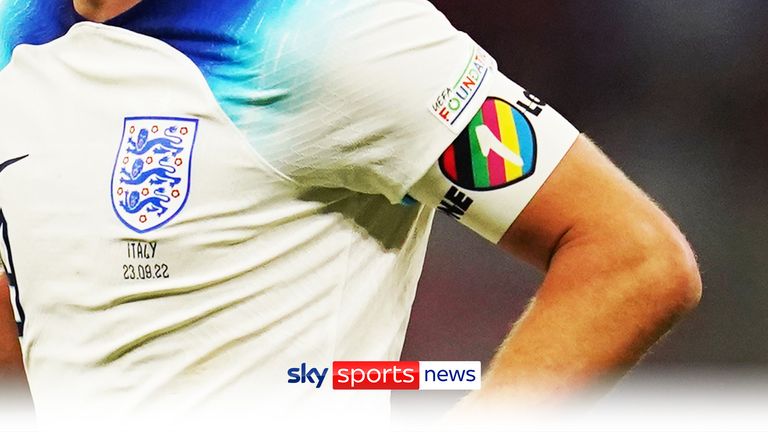 Harry Maguire also said the England players have discussed how they may respond, but will only do so at the appropriate time.

“We have spoken about it ourselves and as a group. We will act when we feel it is appropriate. Our focus is winning World Cup games,” he added.

“It’s such a huge honour to be here and every player wants to be in a World Cup but everyone wants to win. I’m sure we will have conversations throughout the tournament and we will act when we want to act.”

Bale: We weren’t too happy about not being allowed to wear the OneLove armband Wales captain Bale also expressed his disappointment at not being allowed to wear the OneLove armband in Monday’s opener against the US.

Bale was booked in the first half against the Americans for an illegal challenge and would have been sent off if he had also received a yellow card for wearing the armband.

He said: “We weren’t too happy about [not wearing the armband], but if I had I would have been sent off after 25 minutes. 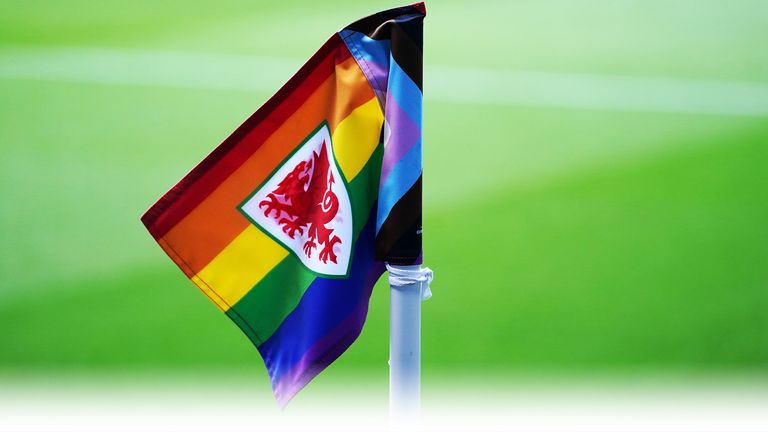 “Of course we support it, but we are here to play football at the same time. By not wearing it, it doesn’t mean we don’t support it and we are all for creating awareness.”

Later on Thursday, the Welsh FA confirmed that rainbow bucket hats and flags would be allowed into the Ahmad bin Ali Stadium stadium for their match against Iran.

Supporters had been barred from entering the stadium for their opening game against the USA with rainbows on their hats and flags, with the colours heavily associated with the LGBTQA+ community.

A tweet from the Football Association of Wales said: “In response to the FAW, FIFA has confirmed that fans with Rainbow Wall bucket hats and rainbow flags will be allowed entry to the stadium for Cymru’s match against Iran on Friday.

“All World Cup venues have been contacted and instructed to follow the agreed rules & regulations.”

Van Gaal: Time to focus on football, not controversies

It’s time to put the ‘OneLove’ debate and other controversies aside and focus on the World Cup, Netherlands coach Louis van Gaal said.

The ‘OneLove’ armbands were originally launched in 2020 as part of an inclusiveness campaign by the Royal Dutch Football Association (KNVB) which said on Wednesday they were considering legal action against FIFA over their ruling.

Van Gaal said he did not know if Germany’s protest contributed to their shock defeat against Japan, only that he was not going to take the chance of anything distracting his men against Ecuador.

“No”, said Van Gaal when asked if his team were planning any protest. “We put a full stop after all the political issues past Thursday.

“We have this purpose and we’re not going to have that tarnished by the actions of FIFA or whichever other organisation. But I’ve already responded… I think that’s enough.”

“We paid a lot of attention to this (OneLove),” said Dumfries. “Over the past few weeks, we’ve really talked about it a lot. But we came to Qatar to play football. That’s what we’re focusing on.

“We’ve said what we need to say, and from now on, we need to concentrate on playing football.”

How England can qualify for round of 16 on Friday

England are currently top of Group B on three points having beaten Iran 6-2 on matchday one. Wales and USA are locked on a point apiece following their draw on Monday while Iran prop up the group.

Wales face Iran next at 10am on Friday before England take on USA later that day at 7pm. If England secure another three points, they will qualify for the round of 16 and would remain in top spot.

Victory could even seal qualification as group winners provided Wales have drawn with Iran. Were Wales to suffer defeat, Iran could still mathematically finish above England with another win over USA.

Head-to-head record is the third tie-breaking method at this tournament, after goal difference and then goals scored.

If Wales head into the final game with England on four points having beaten Iran, they could still finish above England with victory on matchday three, regardless of how England fare against USA.

The best Black Friday deals that make for great gifts

Your guide to celebrating the holidays in Southern California