Giovani van Bronckhorst has challenged Rangers to strengthen their bid for the Scottish Premiership title at Motherwell as they look to respond to their humiliating midweek Champions League exit.

Rangers travel to Fir Park on Sunday – live on Sky Sports Football – looking for a reaction after their demoralising 7-1 mauling at the hands of Liverpool while keeping the pressure on Celtic at the top of the table.

“It’s been very tough, it was a heavy defeat which was a big blow for us,” Van Bronckhorst told Sky Sports News. “In football you always have to make sure you are there the next game, and for us it is very important to continue winning in the league, and that starts tomorrow against Motherwell.

“We have to [bounce back]. We have always done that after the Champions League, switched back to the league to win the games and make sure we keep going and keep winning, because that is what we want.

“There is a big prize to be given at the end of the road and that is ‘champions of Scotland’. That is our main objective and that’s what we have to do tomorrow, continue the form we have in the league and get the three points.”

Goldson out until after World Cup

Rangers will have to bounce back without defensive lynchpin Connor Goldson, who Van Bronckhorst confirmed is out with a long-term muscular injury. The Rangers boss has challenge Goldson’s defensive colleagues to fill the void left by his absence.

Asked whether Goldson’s injury would rule him out until after the World Cup, Van Bronckhorst said: “Yes. He has a muscular problem in his thigh, he will be out for some months, I don’t know exactly how long but it’s a long-term injury.

“It’s a big blow. I don’t think he has missed any matches since I came here, only when we have rested him. He’s a player who has been in the squad, in the team while I’ve been here in a very influential role

“I was happy he signed on and you can see the performances he has for his team, his vocal presence in the back. You could see when he left the pitch on Wednesday we had to communicate more. Other players need to step up and take that role.” 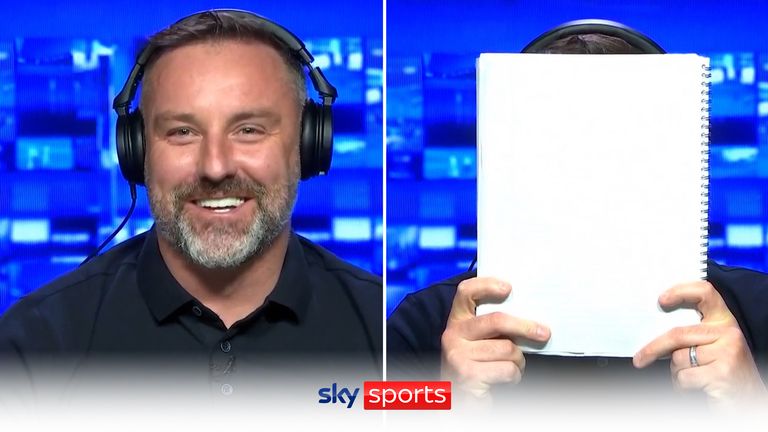 Kris Boyd suffers the highs and lows of football after Rangers took the lead, then lost 7-1 to Liverpool including a Mohamed Salah six-minute hat-trick

There was some positive news on the injury front for Rangers, with Van Bronckhorst revealing Ben Davies is expected to be fit for Sunday’s match with Motherwell and striker Kemar Roofe likely to return in the midweek Scottish Cup tie against Dundee.

Asked whether Davies would be available, Van Bronckhorst replied: “It looks like it, he had a knock, but I think he will be fine for Sunday.

“Kemar is pretty close; he’s been out training with the first team for a couple of weeks and we will probably see him feature in the cup game during the week.” 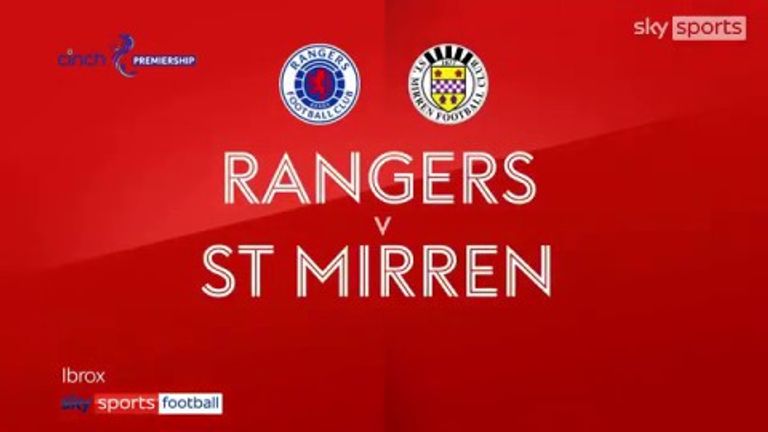 Highlights of the Scottish Premiership clash between Rangers and St Mirren

Rangers won 6-1 and 3-1 on their trips to Fir Park last season but two home draws against the Steelmen have left Van Bronckhorst wary of the threat Steven Hammell’s side can pose.

“We’ve played there before,” he added. “They are a team who can play very well. We dropped points against them last year at home, so it’s a team that is very strong defensively and has threat going forward.

“They have a really big target man with runners from midfield and very fast wingers. We have to be prepared.

“We will have most of the ball during the game as we always dominate possession, but we need to create chances and score goals and that is what we’ve done really well in recent league games.”