This was the stamping grounds for one of the greatest athletes in City Section history, a young John Elway slinging the ball for the Highlanders in his pre-NFL days. Yet 45 years later, nary a single pass cuts through this Monday morning haze, head coach Bucky Brooks barking out directions as his players line up in their vaunted doublewing offense again. And again. And again.

They put hours upon hours into the run game, Utah commit and featured running back Dijon Stanley says. And indeed they have, riding Stanley and his cousin Darrell Stanley to a 12-2 season and a spot in the CIF Division 4-A state championship football bowl game against Novato San Marin on Saturday.

These Highlanders aren’t just run-heavy, though. They’re run-only, unlike any state-championship team in California history. Get this: Granada Hills, the home of Elway, hasn’t completed a single pass all season.

When asked if that was strange to look back on, Dijon Stanley grinned and shook his head.

“We’ve been doing this all year,” said Stanley, who’s rushed for 32 touchdowns [not a typo] this season. “It’s not really weird to us. We always say we would rather be great at one thing than be good at a lot of things.”

The irony? Brooks, the mad scientist and former NFL punt returner cooking up this scheme, was once a proponent of a spread offense at Sherman Oaks Notre Dame under then-head coach Kevin Rooney.

“He was the guy, when coaching with us, was trying to get us to throw the ball more,” Rooney said of Brooks.

Yet after years of talented quarterbacks and receivers at Notre Dame, Brooks quickly learned in 2019 — his first year at Granada Hills — that the City Section was a completely different ballgame.

After trying to start the season in a power-spread offense, trying formations out of the shotgun and mixing runs with bubble screens, Brooks realized he had to pivot as his Highlander coaching career started 0-3. The double-wing, then, was merely a part of their goal-line playbook. Brooks made it the focal point of their offensive system.

In today’s City Section landscape, Brooks said, it’s not always easy to find a quality quarterback. Even harder to retain them. So his philosophy in building a program? Have a system in place that lets you play without the pass.

“In high school,” Brooks said, “you got to coach what shows up.”

What’s shown up this season: the Stanley cousins, who ran wild in the double-wing behind an offensive line that’s played together for a couple seasons. Darrell, a sophomore, has run for 1,294 yards. Dijon, now a senior but playing his first full high school football season after breaking his collarbone last year, has racked up 2,670 yards.

After that injury-interrupted junior year, when Granada Hills stumbled to a 4-6 record, many thought Dijon would leave, he said. Not an option. He’d known Brooks from his youth football days and the coach, Dijon said, gave him a chance after he transferred from Grace Brethren High.

“It does give me a little sense of pride to just come out and play with my brothers,” Dijon said. “No scouting, no recruiting. These are just kids from — half of them live around the corner from the school, me being one of them.”

On Saturday, the neighborhood kids beat Laguna Beach, a Southern Section program that’s recorded 38 passing touchdowns on the year, in a 56-55 barnburner for the CIF Division 4-A regional title. San Marin, the Highlanders’ opponent for the state title Saturday, is a team that’s recorded — in a remarkable coincidence — 38 passing touchdowns on the year.

Since 2019, Brooks’ first season, Granada Hills has passed for exactly one score.

California cities among the ‘worst’ cities for drivers, study says 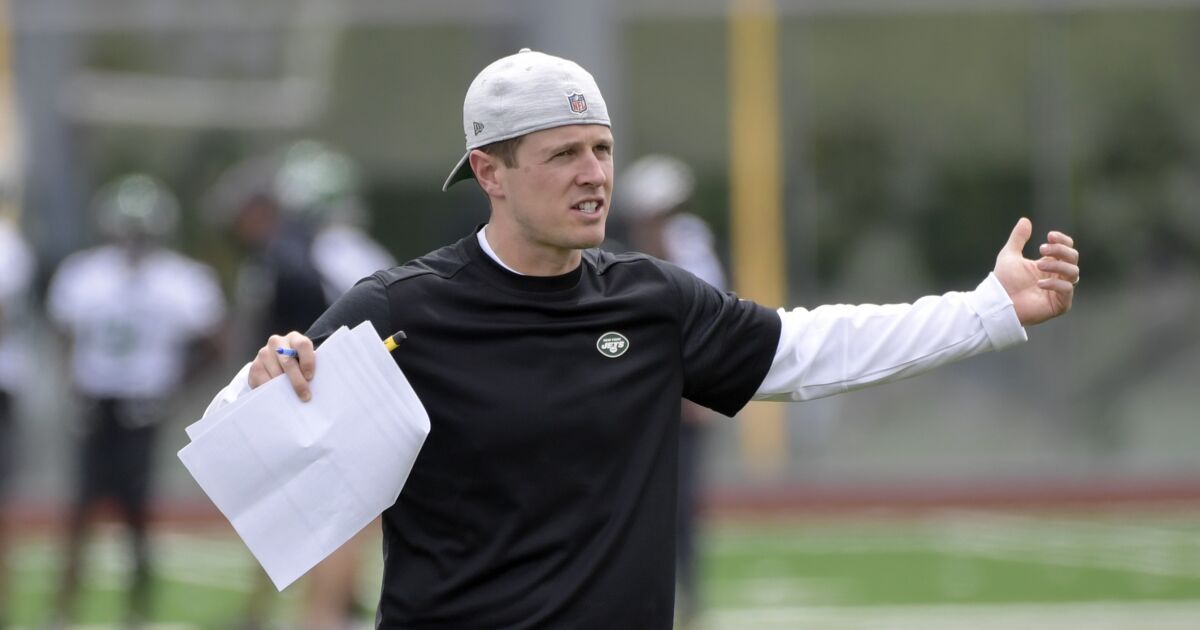