Antonio Colak scored twice as Rangers thrashed 10-man Hearts 4-0 at Tynecastle on Saturday to move top of the Scottish Premiership.

The 29-year-old Croatia striker’s brace took his tally for the season to 11 goals since he joined from Malmo in the summer.

Cammy Devlin’s red card shortly before the break undermined the Jambos’ hopes of a fightback before strikes in the closing quarter of an hour from substitute Alfredo Morelos and Ryan Kent sealed a morale-boasting victory for Rangers ahead of their Champions League trip to Liverpool on Tuesday.

How Rangers thrashed Hearts at Tynecastle

Hearts manager Robbie Neilson made one tweak to the side that started the 3-0 win away to Motherwell last time out as Stephen Humphrys started instead of Andy Halliday.

Rangers made two changes from the side that started the win over Dundee United a fortnight previously as youngsters Leon King and Charlie McCann made way for Rabbi Matondo and Ben Davies, who came back in for his first appearance since mid-August.

The visitors had the first chance of the match after three minutes when Davies had a close-range effort deflected behind from a James Tavernier corner. Moments later, the same player saw his header from another Tavernier corner scrambled out by goalkeeper Craig Gordon. 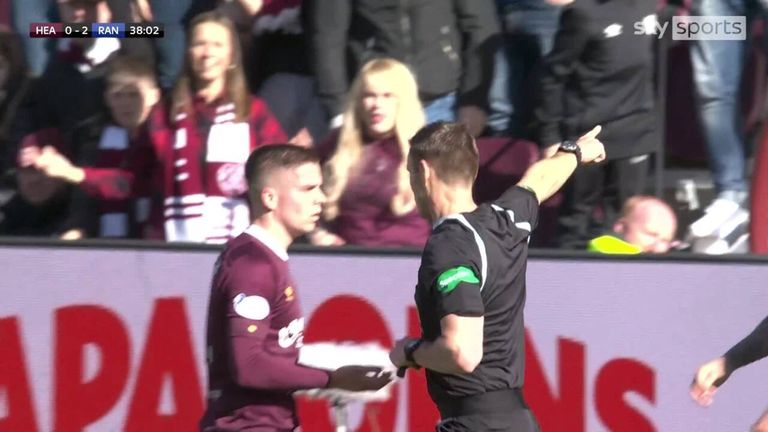 Rangers went ahead in the sixth minute when Colak headed in off Gordon’s left-hand post after meeting a lovely Kent cross from the left.

Hearts tried to find a response and Humphrys threatened with a couple of powerful strikes from outside the box. 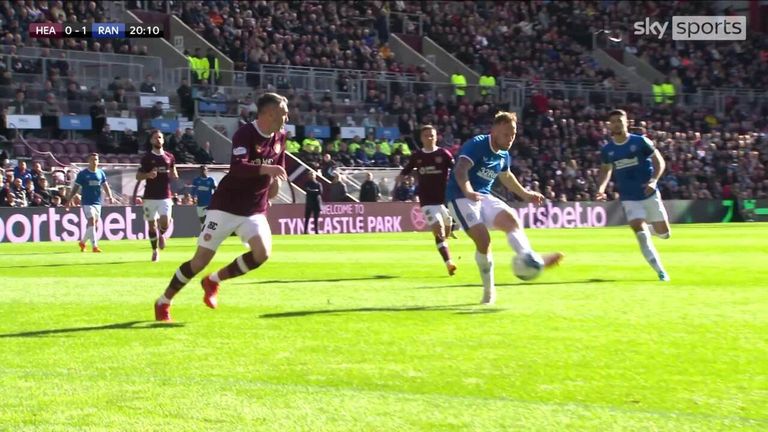 Scott Arfield had a great chance to double Rangers’ lead in the 20th minute when he got in behind after Lewis Neilson – with the sun in his eyes – seemed to lose the flight of a ball over the top but the Rangers midfielder rolled his effort wide from inside the box.

The visitors’ second goal arrived 10 minutes later, however, when Matondo slipped a nicely-weighted pass into the path of Colak who clipped a lovely finish past Gordon from the angle of the six-yard box.

Things got worse for Hearts in the 38th minute after Devlin was shown a straight red card for racing in and stamping on the ankle of Matondo as the Rangers player shielded the ball from Alex Cochrane on the touchline in front of the visiting technical area. 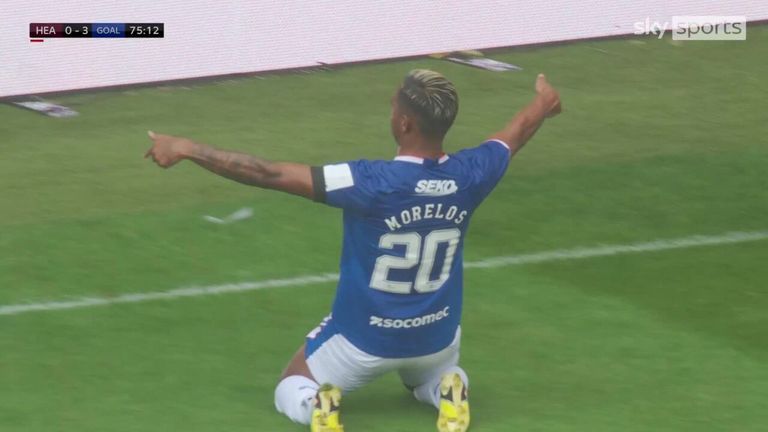 Alfredo Morelos makes it 3-0 for Rangers against Hearts

Both sides made double substitutions at the start of the second half and Hearts’ two replacements almost had a swift impact when Halliday headed wide from Robert Snodgrass’ corner in the 48th minute.

Four minutes later, Rangers winger Kent had a low angled shot deflected wide of the far post. From the resulting corner, sub Steven Davis fired over from inside the box after being picked out by Tavernier. 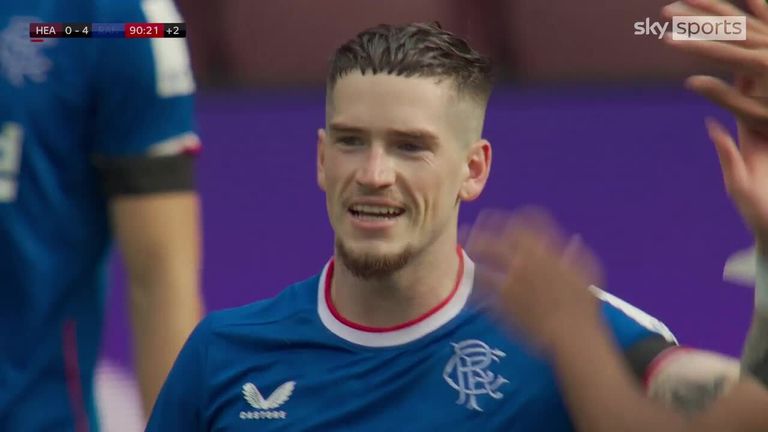 The visitors killed off any hope of a Hearts fightback in the 76th minute when substitute Morelos blasted home from eight yards out after being set up by Tavernier.

And Kent put the seal on Rangers’ victory in the first minute of stoppage time when he stepped away from Peter Haring and fired in a brilliant low strike from just inside the box.

God giveth, and god taketh away

How extended reality tactics can benefit your marketing strategy