Light up a cigar, kick your feet up, and take a massive breath. The Juan Soto saga is over. I doubted it would happen at all, but in the end, the San Diego Padres wound up getting both Soto and veteran teammate Josh Bell for comparatively very little. Congrats to the Padres! The deal was amazing! They also landed Josh Hader and now boast one of the most all-around complete rosters in MLB, on paper.

That distinction is still reliant on health and a return to form from guys like Wil Myers — though he was being shopped just before the deadline — Trent Grisham, and Austin Nola. I know that’s asking a lot, but theoretically, they got some dawgs down at Petco. Up until the moment that Soto to the Padres was announced though, there were several teams in the running. The Los Angeles Dodgers and St. Louis Cardinals were the two teams most commonly brought up in Soto negotiations, but the Giants also made a small splash in the Soto tsunami. So, where do each of these teams stand after the Padres’ sealed the deal?

Aside from the Nationals, who gave away a Rolls Royce and Kia Sorrento for a couple of Honda Civics and whatever is behind one of the mystery doors on”’Let’s Make a Deal,” the Dodgers are the biggest losers in this trade. While they may have been jumping for joy at this time last year when they snatched Max Scherzer and Trea Turner from the Padres’ hands at the last second, they’re now quaking in their boots at the prospect of having Soto in their division for at least the next two and a half seasons — probably more.

Not only is having to face Soto 12 times in the remainder of the season, and possibly the postseason, a big problem for the Dodgers, but LA was in desperate need of an outfield bat. Chris Taylor is hurt, Trayce Thompson is doing well but he shouldn’t be counted on in key moments, James Outman is unproven, and Cody Bellinger still sucks. They needed a solid player to stick in the 7 or 9 slot, and also not be a hole in their lineup. Soto was that guy, and given the Dodgers’ plethora of prospects, I’m stunned they didn’t get a deal done.

The Dodgers were so desperate for help in the outfield that they traded for Joey Gallo…JOEY GALLO! The power threat who couldn’t succeed in Yankee Stadium! That’s a sentence that should give every baseball fan an upset stomach after reading it.

Gallo stated earlier today that Yankees fans made him “feel like shit,” so he’ll be happy to have a fresh start in Chavez Ravine where his expectations will be lower than a limbo contest in hell. That said, if Gallo is the consolation prize in the Soto sweepstakes, then Dodgers fans should be drowning themselves in alcohol to help cope.

With Tyler O’Neill’s struggles, Harrison Bader’s injuries, and Albert Pujols’…everything, Soto would’ve been a huge get for the Birds. That said, the Cardinals can walk away from this Soto situation with their heads held high knowing they didn’t have to give up their future, didn’t land a massive name, and still improved more than their greatest divisional adversary, the Milwaukee Brewers.

The Cardinals needed outfield help and starting pitching depth more than anything. While acquiring someone like Carlos Rodón (still possible, but unlikely) would’ve been preferred, the addition of José Quintana provides stability to a starting rotation that’s only had three people start more than ten games all season. Frankly, the Cardinals just needed someone who could eat innings and carry them over into the postseason. Seeing as how Quintana has pitched at least 150 innings in every full season since 2013 (except 2021), Quintana should be much-appreciated in St. Louis.

That’s beside the point though. The Cardinals have been in the middle of MLB among outfielder on-base percentage, walk rate, slugging, and weighted runs created-plus. However, since the start of June, Cardinals’ outfielders have ranked top-10 in nearly every category under the sun. That’s with O’Neill struggling as well as Bader and Yepez spending time on the IL.

The Cardinals’ lineup is very top-heavy. The only great hitters in their lineup this year have been Paul Goldschmidt, Nolan Arenado, and Brendan Donovan. As nuts as it is to say, Albert Pujols is one of only seven Cardinals with at least 50 games played and an OPS-plus of 100 or better. So, while the prospect of putting Soto at DH and letting O’Neill climb himself out of this rut he’s in may have been enticing, the Cardinals would’ve essentially been limiting one of their better bats this season to a platoon role. At the same time, putting Soto in the outfield would be a drastic downgrade defensively for a group that ranks third in Defensive WAR this season.

The Cardinals should be happy knowing they now have the clear-cut best bullpen in the NL Central. They’ve been on a tear and that added depth at starter and strong bullpen is going to pay off huge down the stretch. Losing out on Soto doesn’t change that.

Thank Christ the Giants didn’t make this trade. Do you know how braindead you’d have to be to make a trade for Soto when the core of your team is all past their prime, your farm system is pretty light, and your offense is weaker than an amputee sloth? Contrary to what several Giants fans might tell you, the team’s 107-win 2021 season is a distant memory at this point and it doesn’t look like it’s coming back any time soon. The Giants are more than a strong bat and a bullpen arm away from contending again.

Thankfully, the Giants realized that they needed to be sellers after losing out on Soto. Already, the Giants have announced that All-Star Carlos Rodón is on the table to be traded.

They also traded away underrated slugger Darin Ruf for J.D. Davis and a few prospects. That’s a good get.

Plus, Trevor Rosenthal got traded. I’ll be honest, I didn’t know he had any value at all at this point in his career. So, if the Giants got anything for him…anything at all, good on their front office.

The Giants benefitted the most from losing out on Soto, because it showed the Giants’ front office that they can’t afford to keep pushing for a World Series with their aging core. They took a step back, looked in the mirror, and said “What are we even doing?” and, as a Giants fan myself, I am ever so grateful for that realization.

San Francisco is linked heavily to Aaron Judge in free agency this offseason and while Judge is older, more expensive, and more prone to strikeouts, he wouldn’t cost the Giants any of their top prospects, which can’t be overstated for a team that has failed to reach expectations because they couldn’t get another 24 home runs and 90 RBIs from their 35-year-old shortstop. They’re currently under .500 and have been falling further and further from the playoff bubble every day since the start of June. This needed to happen.

According to OddsChecker US, the only team among the teams I just listed to have their World Series odds seriously affected by the trade was the St. Louis Cardinals, who fell from +3000 odds to +4000. The Giants were already long shots and stayed pretty much the same, and the Dodgers’ odds didn’t change at all, staying put at +380. Funny enough though, after the Dodgers acquired Gallo, their odds improved to +360. I’m sure that’ll make every Yankees fan scoff.

While the Padres’ odds have jumped from +2000 to +800 with the trade, bettors don’t seem inclined to put money on the Friars. Since the trade was announced, only 6.1 percent of World Series bets have been placed on San Diego. That ranks fifth in MLB, and fourth in the National League, behind the likes of the Dodgers, Mets, and yes…the Cardinals. Perhaps the worries surrounding their rotational depth are pushing bettors away, but let it be known, the most improved team from this whole ordeal is undoubtedly the Padres. Don’t get it twisted.

After the fight: Danny Garcia, Michael Conlan, and living with a loss 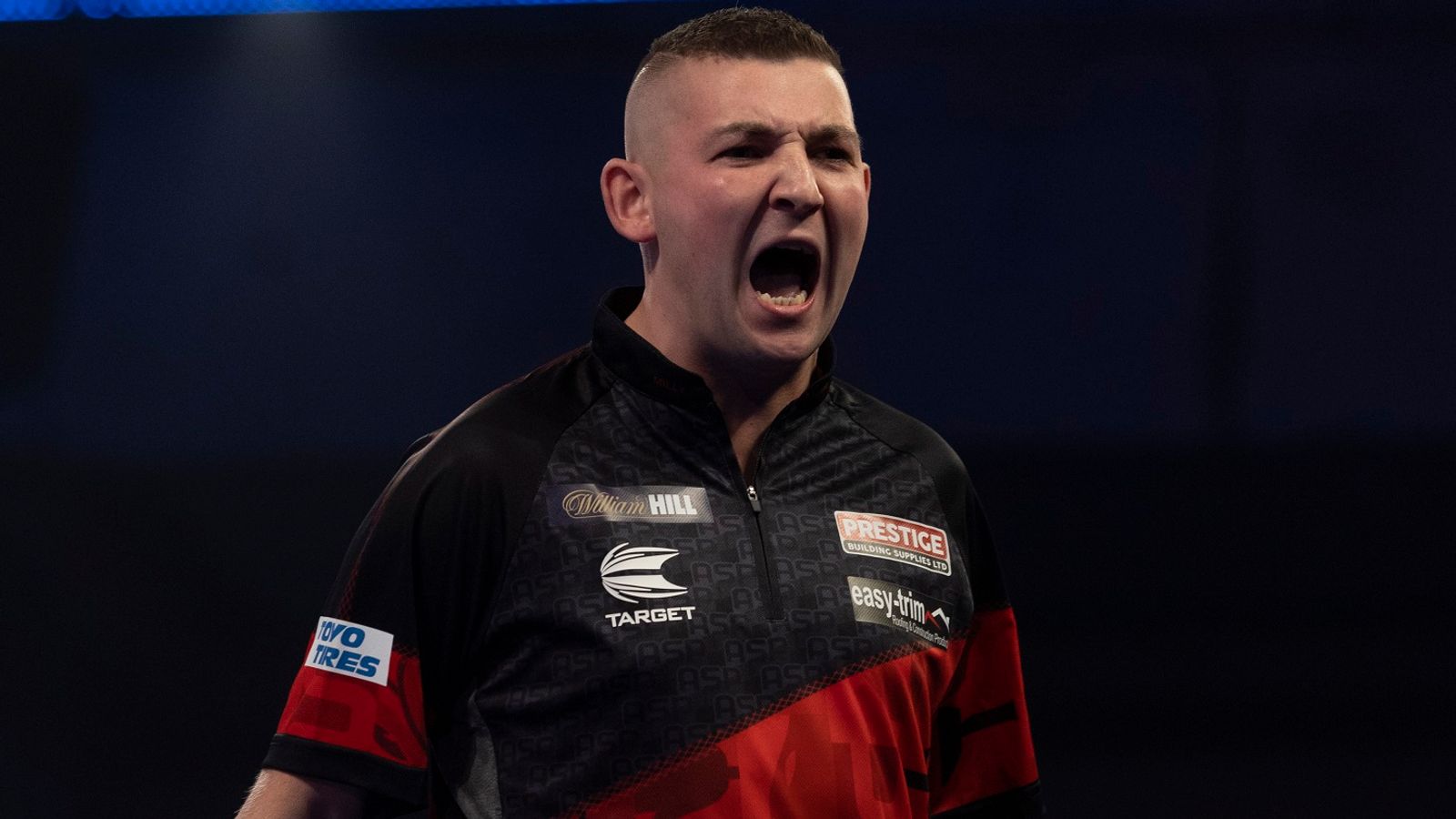