The Dodgers won on Thursday night. Of course they did.

Nothing in this National League Championship Series has made sense.

Why wouldn’t Chris Taylor replace the sidelined Justin Turner at third base and pay tribute to him with a three-homer game?

Why wouldn’t slumping AJ Pollock relaunch the Dodgers’ dormant offense with a homer in the second inning and punctuate the fusillade with another in the eighth?

Why wouldn’t the Dodgers overcome the loss of opener Joe Kelly just two outs into a bullpen game and claim an 11-2 victory over the Atlanta Braves?

Taylor would, Pollock would, the Dodgers would, and the best-of-seven series now returns to Atlanta with the Braves’ lead down to three games to two.

With a seventh consecutive elimination-game victory, the Dodgers’ outlook has shifted from hopeless to promising.

If games are controlled by pitching, the Dodgers have regained control of this series. They have Max Scherzer starting in Game 6 and Walker Buehler in Game 7.

This advantage in pitching was negated earlier in the series.

Scherzer was reduced to a dead-arm state in his Game 2 start by the front office’s decision to unnecessarily deploy him as a closer against the San Francisco Giants in the NL Division Series.

As much as Buehler denied it, he looked physically compromised in Game 3 after a draining Division Series, in which he pitched on three-days’ rest and came down with an unspecified illness.

Scherzer will pitch on Saturday on five-days’ rest, Buehler on normal four-days’ rest.

The road back to the World Series has reopened.

The elements are in place for the Dodgers to stage another comeback against the Braves in the NLCS. They were also down to the Braves in this series last year, three games to one. They defeated the Braves in three consecutive games and went on to beat the Tampa Bay Rays in the World Series.

The games will be played in a city that is intimately familiar with painful collapses. The Braves won 14 consecutive division titles from 1991 to 2005 but won only one World Series in that stretch. The Falcons infamously squandered a 28-3 lead in an eventual loss to the New England Patriots in Super Bowl LI.

Braves starter Max Fried upheld the Choke City tradition on Thursday. Fried kept the Dodgers in check in the series opener, limiting the NL’s highest-scoring team to two runs over six innings in a 3-2 victory for the Braves.

His inability to duplicate his Game 1 performance cost the Braves the game, and possibly the series. This was as close to a gimme as a team could have in the postseason.

The Dodgers had no choice but to counter Fried with a bullpen game in which they didn’t have any long relievers available, as Tony Gonsolin pitched the previous day.

The state of the Dodgers’ offense made matters worse. The Dodgers had scored two or fewer runs in half of their postseason games. Their .231 average was the worst among the four remaining playoff teams.

They were missing two of their best hitters in Max Muncy and Turner. Muncy went down with an arm injury in the regular-season finale. Turner strained a hamstring in Game 4.

Before the game, outfielder Mookie Betts was up front about what the Dodgers were up against, saying this 3-1 deficit didn’t feel like the 3-1 deficit they faced against the Braves last year.

“Well, we got a couple injuries,” Betts said. “I think that’s the main thing, being down a starter. Obviously, going into this series, we had to throw Scherzer and whatnot, so we were kind of behind the eight-ball at the start, but that’s not an excuse.”

Another potential excuse emerged in the first inning. Kelly gave up a two-run homer to Freddie Freeman, then forced Austin Riley to ground out to third base. With two outs, he threw four pitches to Adam Duvall, the last of them an 85-mph changeup that missed wide. Kelly didn’t throw another pitch, as he was walked back to the bench by a trainer.

Manager Dave Roberts said Kelly sustained a bicep strain and would miss the remainder of the postseason.

Then, in the second inning, a miracle happened. Baseball happened.

A day after they were limited to four hits, they collected 17 in a game started by Fried, who lasted only 42/3 innings. Six relievers held the Braves scoreless over the final eight innings.

Now, the Dodgers will return to Atlanta, the only certainty being that nothing is certain. 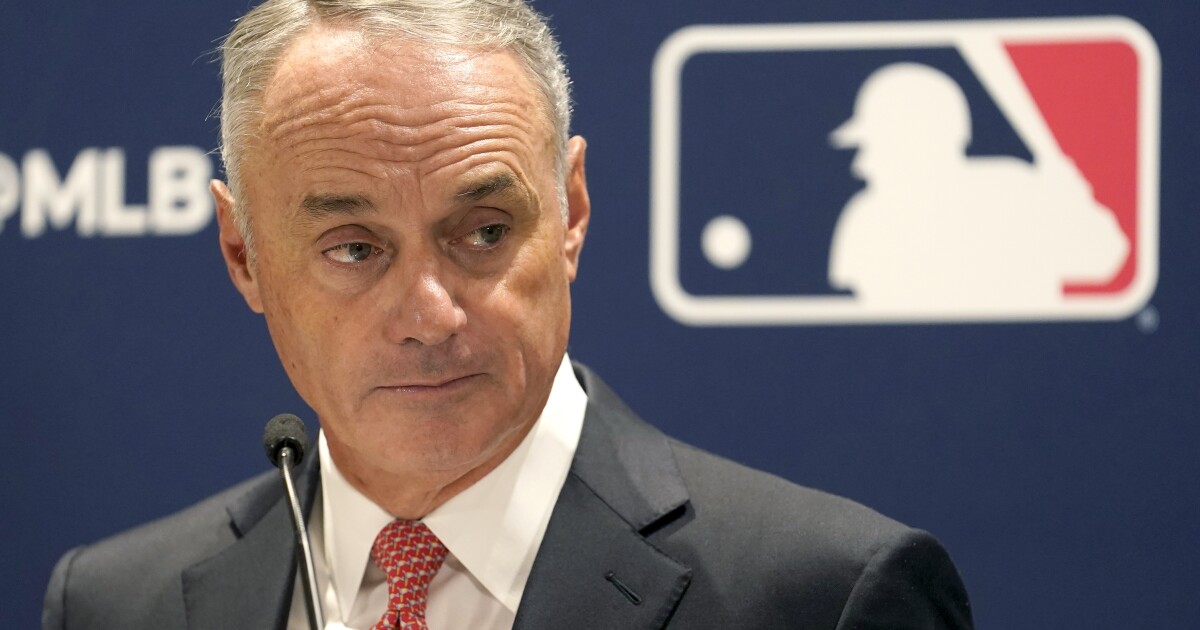