Through four weeks, one thing has been made clear: the Detroit Lions are an offensive BUZZSAW.

Yes, THOSE Detroit Lions are 13th in EPA per play and second in the entire league in explosive plays. Among the top teams in EPA per play, we have the usual Bills and Chiefs, but they’re also accompanied by … the Falcons?

We’re all aware of the defensive evolution in the NFL. The rise, no, return of two-high safeties is putting a cap on the NFL’s most explosive offenses. Next Gen Stats’ Michael Lopez wrote that through the first quarter of the season, NFL teams aren’t scoring as many points as they were in previous seasons, and passing games may be the culprit.

The Ringer’s Steven Ruiz wrote that dropback EPA per attempt across the league is at its lowest total since 2017, but adjusting for the multiple QB injuries that year, you have to go back to 2005 to find a lower number.

So how are teams like the Lions, Browns and Falcons in the top eight in scoring without having a top flight QB and passing game?

That’s right—running the damn ball (/gets booed off stage as tomatoes are thrown my way).

However, they aren’t just running it for the sake of running the ball. Modern defenses are designed to defend against outside zone, but through four games, outside zone hasn’t been the scheme du jour for these offenses. Through four games this season, only five teams have 30 or more carries in outside zone, compared to eight teams with 30 or more carries in that same scheme last year, per Sports Info Solutions (SIS). That’s a quarter of the league majoring in the same type of run scheme.

The mass proliferation of the Shanahan/McVay wide zone offense around 2018 saw outside zone looks explode as teams would attack the edges of the defense and abuse second level defenders with play action off of those looks, making everything look the same. Well, as the offenses boomed with this pass first, make everything look the same offense, defenses started to smarten up as well.

Defenses began falling away from the Seattle style Cover 3 that had 7 guys in the box to stop the run, and simply became lighter. The Vic Fangio defense (later popularized by Brandon Staley) would deliberately play lighter boxes and present what seemed to be favorable looks in the run game. According to SIS, 14 teams had 40 or more rushing attempts where they presented light boxes in 2021 (6 or less defenders in the box). Compare this to 2017, when only five teams presented the same light box.

These lighter boxes work so effectively against wide zone and the McVay family of offenses, because teams will run into what they believe is a favorable box, but in reality the defense is stealing gaps with alignment. A Fangio tree staple is called the “Penny” front, which presents five players on the line of scrimmage, and one linebacker. Looks a little like this:

Anyone who may be confused about the front terminology I’m using for the Eagles, here’s a visual aid. 51/Penny is usually a 4i-0/Shade-5 Odd front with two stand up “overhangs” as they call it. 52/ Tite is that with a Mike + Will LB. 42/Nickel is 4 down with Mike + Will LBs. pic.twitter.com/U6LijtfG7O

It gives the presentation of a “Bear” (5 defensive linemen, 2 linebackers) front but can still play the pass by having 5 DBs on the field instead of 2 LBs. That way, against outside zone, the edge players can set a hard edge, and funnel everything back inside, where the help is. When teams aren’t in this front, they’re normally in a 2-4-5 look, with two down linemen and 2 rushers on the edge that are counted as linebackers. They’re playing the pass on the way to the run, but now offenses are taking advantage by forcing the issue in the run game.

Realizing that teams are preparing for them to run outside zone a whole lot, we’re beginning to see a lot more gap scheme runs. These are runs like power and counter, which is slowly beginning to come back into the league. If we use 2021 again as a reference point, through four games last season only one team ran gap scheme plays 30 or more times: the Cleveland Browns. This year, the Lions have joined them, and it’s really interesting to see how they do it against five man fronts.

Gap schemes go like this: if he’s in my gap, I block the gap down to that side. Normally this is followed by a guard or tackle pulling to the side where the down-blocks are happening. How this beats the 5 man front is with when there’s a tight end in the game, there’s six blockers accounting for six people in the box. Instead of blocking an area or zone, they’re blocking whoever is in their gap. The Lions are running this to perfection behind an awesome offensive line that certifiably hauls ass up front, and taking advantage of light boxes, and even lighter players.

We’ve even seen the Lions run trap and wham to perfection this season against these lighter boxes, getting their offensive linemen onto smaller linebackers. If teams want to play lighter boxes and keep two safeties high, offenses now can use gap scheme runs to beat them out of it.

The Browns are one of the NFL’s most efficient offenses through the first quarter of the season, despite playing Jacoby Brissett at QB. How they’re doing it is through the best backfield tandem in the NFL and one of the top offensive lines, but they’re not exactly running power and counter all game.

Head coach Kevin Stefanski and the Browns use pin-pull schemes to attack the edges of the defenses, places where normally a hard edge is set. Pin-pull gets the center and either a guard or tackle pulling to the outside, while the other linemen or tight ends seal everything else inside, or “pin” it. This softens the edge and gets linemen on linebackers and DBs, who have to come down and play the run from depth. If you give me the odds of my guard against a safety, I’ll take the guard 99% of the time.

Another team that’s been able to generate explosive plays despite not having the premier receiving targets are the Green Bay Packers. They’ve also used pin and pull to great success. Watch how the edge defender gets sealed, and now your lineman are out in front on smaller defenders.

Defenses now have to account for teams stretching them horizontally, but with pulling guards instead of the outside zone track. What this could mean is defenses placing bigger bodies on the edge to take on those pulling guards and force everything back inside to the help.

What’s also been fun to see this year is how teams with mobile QBs are forcing the lighter boxes’ hand by being a force multiplier in the run game. If you’re facing a mobile QB, he’s an automatic plus one in the fit, someone has to account for him. The Philadelphia Eagles are undefeated and their offense is among the most efficient and explosive, and it keys on using QB Jalen Hurts’ mobility as an added threat in the run game. In this play against the Commanders, Washington is in a 2-high structure, but nobody accounts for Hurts keeping the ball, easy yards.

Despite the overarching lack of downfield passing game this year (teams are throwing the ball shorter due to 2-high structures), the diverse run game has begun to come back. It’s all a reminder of how cyclical football is. Offenses and defenses are constantly trying to one up each other, sitting in on each others’ clinics to gain any advantage possible. The advantage we’re seeing right now could potentially just be a temporary thing, or it could be the next evolution of the sport.

Which in some ways, is a return to what has worked before. 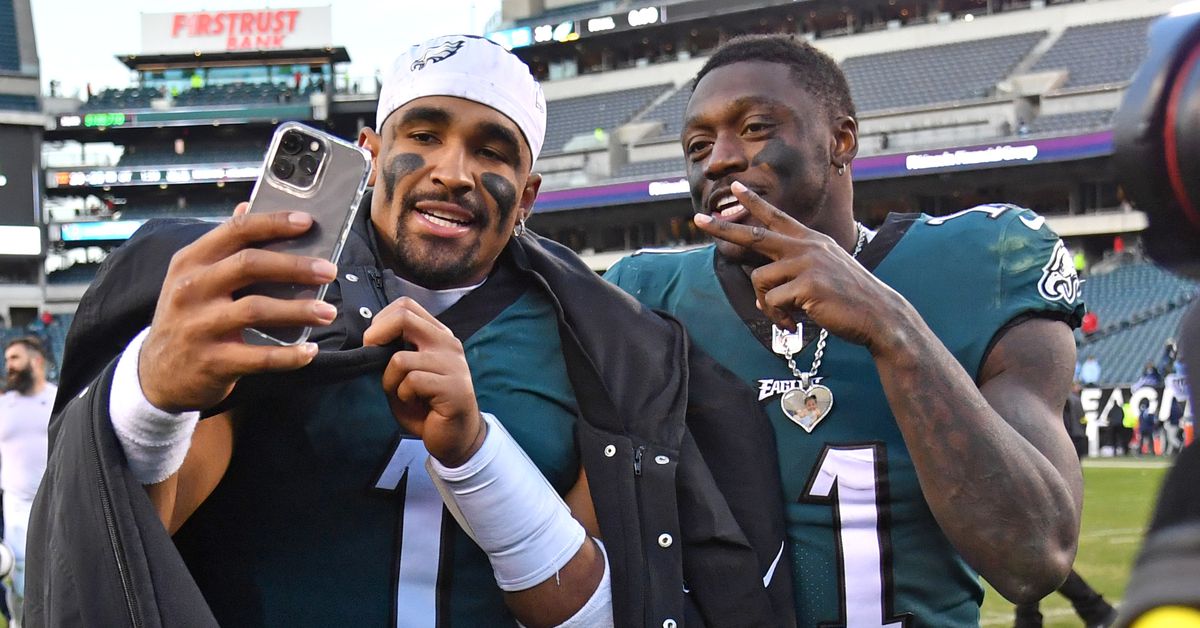 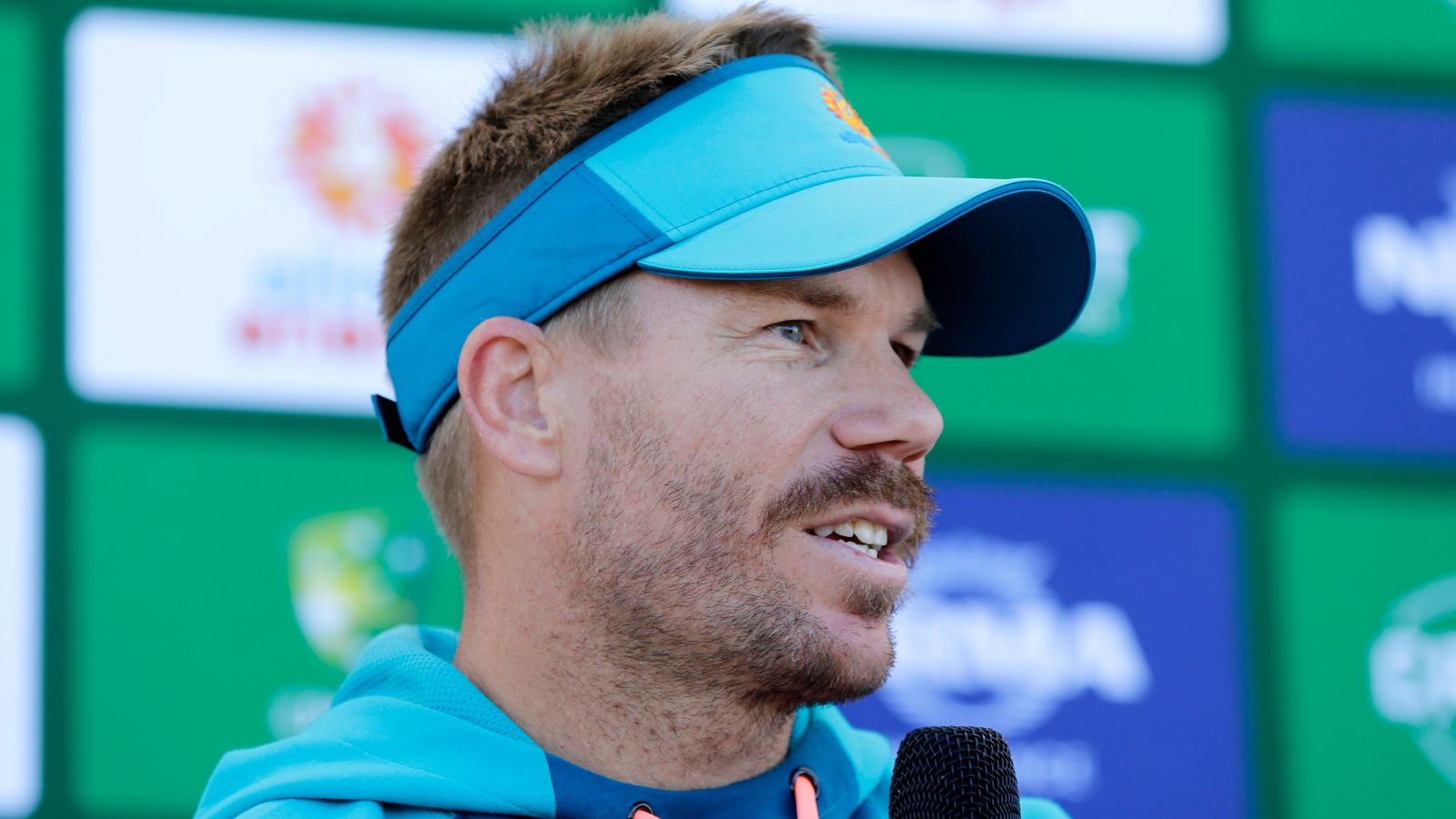