The Miami Dolphins and San Francisco 49ers squared off in the ultimate ‘styles make fights’ battle. Offensive coaches from the same coaching tree, players traded to and from both teams and ideas being shared across the country made an already enticing matchup on-paper even better in reality.

The Niners defeated Miami 33-17, and it was on the backs of another astounding defensive performance. Defensive coordinator DeMeco Ryans group has been on a tear lately, and that didn’t stop against the Dolphins. They only allowed 7 points in the second half and made the Dolphins work other areas of the field that were less successful.

Tua Tagovailoa has thrown 38 completions targeting the intermediate middle third of the field this season, 16 more than any other QB.

In 2021 under OC Mike McDaniel, Jimmy Garoppolo led the NFL with 45 completions targeting the same area of the field.#MIAvsSF | #FinsUp pic.twitter.com/ws52QeNEgW

The first play of the game seemed to look like the Dolphins that have dominated the NFL offensively. They run their slide-flat RPO, and the Niners bust the coverage. Safety Talanoa Hufanga is supposed to nail down hard on the hook route, but goes with the threat of Tyreek Hill’s speed. 75 yards later, touchdown.

However, after that play there were practically no openings over the middle of the field. That is largely due to Fred Warner, the best linebacker in the league and one of the most valuable defenders in the sport. Remember that heat map that showed how often Tua was throwing the ball over the middle of the field? This was his passing chart on Sunday:

Yeah, not much action.

Warner’s presence in the middle of the field deterred any and all action there. His discipline and trust the 49ers have in him were fully on display against Miami. Not many linebackers can get under a dig route from this Dagger concept, let alone almost intercept it. A special play from a special player.

The 49ers ask a lot of their linebackers as well. That slide-flat RPO was defended in a real interesting way, that relied on the second level playmaking. The corner to the side of the RPO would take the wheel route, and the linebacker would play both the flat and the hook route, forcing Tagovailoa to make his decision based on leverage. This forced a lot of throws into the flat or on the edges of the defense, and away from the middle of the field.

Now that the Niners took away the middle of the field, the next part of how they beat the Dolphins was how they’ve beaten teams for most of this season: by teeing off up front. The Niners play an aggressive defense up front, with their edge defenders in wide 9 techniques with both hands in the dirt. They are coming at the QB hard, and Nick Bosa is the energizer behind the DL.

DeMeco Ryans does such a good job of not only allowing his defensive line to play freely, but getting Bosa designed one on one opportunities. One of Bosa’s three sacks against Miami was on a stunt where the Dolphins man protect, because the Niners have a five man surface. What happens from there is the Niners inside rushers go outside and take away the interior offensive linemen, and Bosa wraps around free for the sack.

On one of Tagovailoa’s interceptions, it was the pressure that forced an errant throw. Arik Armstead, who was on a pitch count due to this being his first game back from injury, forced Tagovailoa off his spot and into a bad throw.

Now before people go making rash judgements about the Dolphins and their offense being figured out, I think schematically they were fine. They deliberately avoided the middle of the field and tried to work the edges against the corners, who are the weakest point of the 49er defense. However, their execution was off for most of the game, and part of that has to be credit given to the Niner defense, who put on another stellar show. 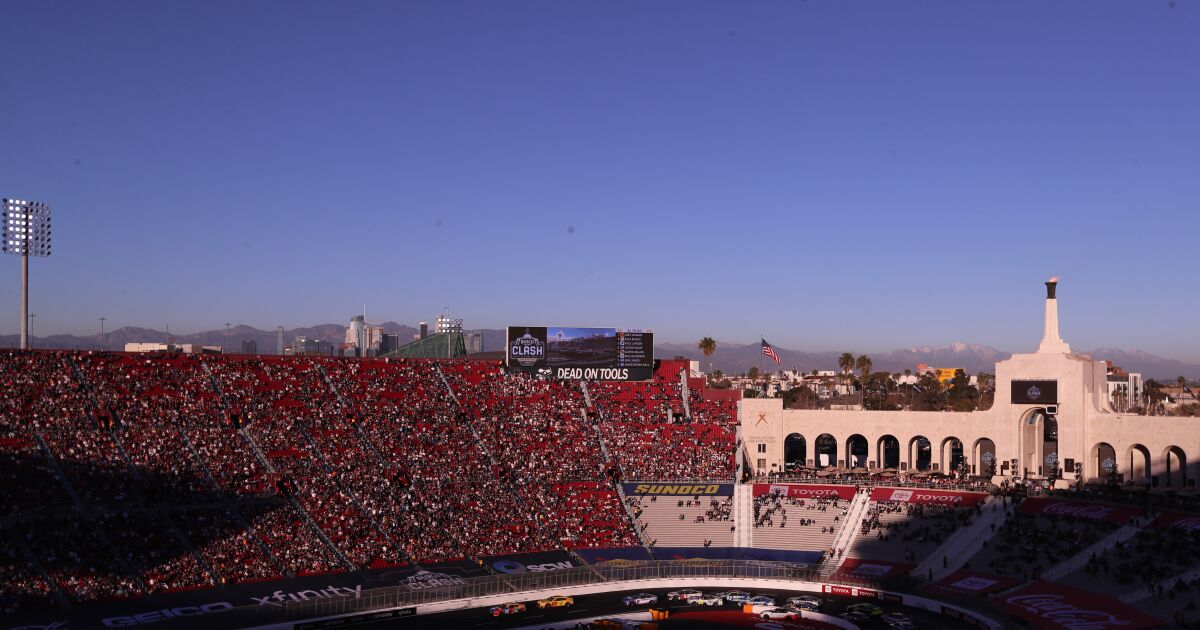 Hot tempers? Rookie stars? 5 things to know ahead of NASCAR’s Clash at the Coliseum

A guide to betting on Super Bowl LVII