Gilbert Burns has given his final outlook on the undefeated Khamzat Chimaev ahead of their welterweight fight at UFC 273.

Chimaev boasts an impressive 10-0 professional MMA record. During an appearance on The DC Check-In with Daniel Cormier, Burns suggested that he was one of the few fighters willing to face the fearsome Chimaev.

The Brazilian explained that his willingness to face ‘Borz’ derives from his inability to see the “monster” many describe Chimaev to be.

‘Durinho’ emphasized that the only thing he’s currently focused on is Chimaev. Burns noted that he’ll decide what’s next for him only after the fight is done. Furthermore, Burns reiterated that he’s very confident that he’s going to defeat Chimaev.

After suffering a third-round TKO loss against UFC welterweight champion Kamaru Usman at UFC 258 in February 2021, Burns returned to the win column at UFC 264. In what was Burns’ most recent octagon appearance, the No.2-ranked welterweight secured a unanimous decision win over Stephen Thompson.

Watch Gilbert Burns’ conversation with Daniel Cormier in the video below:

Burns is scheduled to fight Chimaev in a welterweight bout at tonight’s UFC 273 event. The matchup has been hailed by many as an excellent stylistic clash, as Burns is a multi-time Brazilian jiu-jitsu world champion, whereas Chimaev is a gifted freestyle wrestling technician.

While many believe that Burns poses a significant submission threat to anyone at welterweight, including Chimaev, MMA legend Michael Bisping begs to differ.

On BT Sport’s UFC 273 Preview Show, Bisping suggested that ‘Durinho’ is unlikely to submit Khamzat Chimaev in their fight. ‘The Count’ said:

“Gilbert Burns. Oh, great, great jiu-jitsu guy, which he is. Here’s the reality. The last time, Gilbert Burns took down Stephen ‘Wonderboy’ Thompson and controlled him for the entirety of the fight. A solid win over a tough person. The point I’m making though is, I love Gilbert Burns… He’s just a great guy. But we have got to be honest. If he can’t submit Stephen ‘Wonderboy’ Thompson, I don’t think he’s gonna catch Khamzat Chimaev.”

Catch Bisping’s comments in the video below: 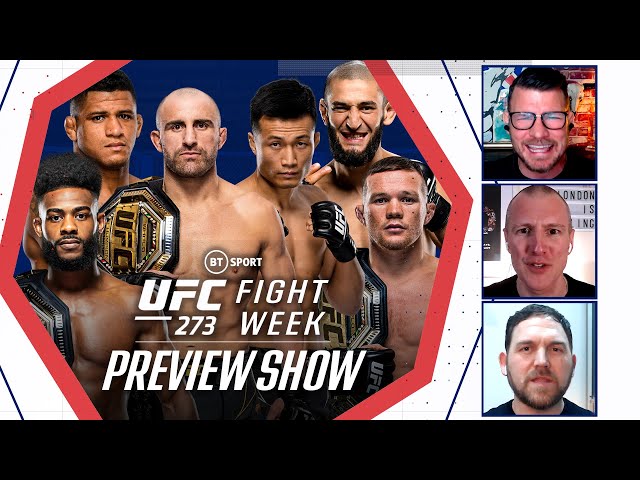