Khamzat Chimaev says he’s ready to return to the octagon as soon as possible. The No. 11-ranked UFC welterweight secured a thrilling unanimous decision victory over the No. 2-ranked Gilbert Burns in a grueling fight at VyStar Veterans Memorial Arena.

Leading up to UFC 273, UFC president Dana White had proposed a potential fight between Chimaev and Colby Covington, provided that ‘Borz’ beat Burns.

After Chimaev did just that in Florida, White reiterated that he’d like to see a Chimaev-Covington matchup next.

During his segment on ESPN MMA’s UFC 273 Post Show, Chimaev addressed a possible fight against Covington.

When asked about how soon he’d like to fight again and whether he needed some time off after his UFC 273 fight, Chimaev said:

“I have to go back and fix my eyes. And when it’s finished, when my face is good, I’m gonna start spar. And how fast is possible, I’ll be back.”

Additionally, in response to being asked if he’d be open to accepting a fight against Covington in three-to-four months, ‘Borz’ suggested that he would not need that long to heal from his UFC 273 fight. Indicating that he’d be willing to face Covington at the earliest opportunity, Chimaev said:

Colby Covington on the rise of Khamzat Chimaev

In regards to Chimaev’s meteoric rise in the UFC 170-pound division, Covington labeled him a “hype train” and vowed to kick him back down the divisional rankings. Speaking to UFC Hall of Famer Michael Bisping, ‘Chaos’ said:

“With c**shot [Khamzat], earn your way up, win some big formidable fights, and we can talk. But until then, stop trying to hype this kid up, these hype jobs can get really hurt inside this Octagon.” 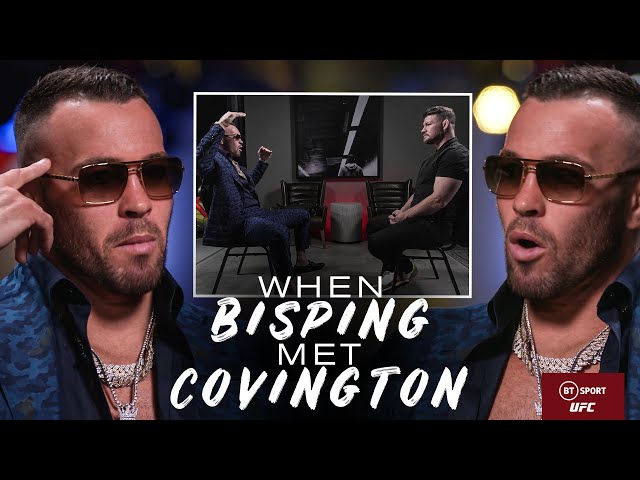 Covington subsequently faced and beat Masvidal via unanimous decision at UFC 272. Meanwhile, Chimaev bested Burns at UFC 273. The consensus is that Chimaev is likely to face the No. 1-ranked Covington later this year.

Furthermore, reigning UFC welterweight champion Kamaru Usman is expected to defend his title in a rematch against Leon Edwards at UFC 276 on July 2. The Usman-Edwards winner could then go on to defend the title against the Chimaev-Covington winner.