The Golden State Warriors had the chance to eliminate the Memphis Grizzlies with a Game 5 win, but suffered a humiliating blowout loss. In Game 6, the Warriors had Klay Thompson step up in a huge way, helping the Warriors win 110-96 and advance to the Western Conference Finals for the first time since 2019.

After the game, Thompson posted a legendary Instagram story, which matched the famous lyrics of rapper Jay-Z.

Thompson was coming off of a game to forget, as he posted a plus/minus of -45 in Golden State’s 134-95 loss. In fact, that was tied for the worst plus/minus in the past 25 playoffs, per ESPN Stats and Info.

But Thompson put that performance behind him because it was time for “Game 6 Klay” to make an appearance on Friday night. In 42 minutes of playing time, Thompson scored 30 points while shooting 11-of-22 from the field and 8-of-14 from behind the three-point line. In fact, this is now the fourth time that Thompson recorded eight three-pointers in a playoff game. That is now tied with Ray Allen, Damian Lillard and teammate Stephen Curry for the most in league history.

“Game 6 Klay” showed up once again for the Warriors, as they are now one series win away from returning to the NBA Finals. They now await the winner of Game 7 between the Phoenix Suns and Dallas Mavericks on Sunday, May 15.

Orange County scores and player stats for Saturday, May 14 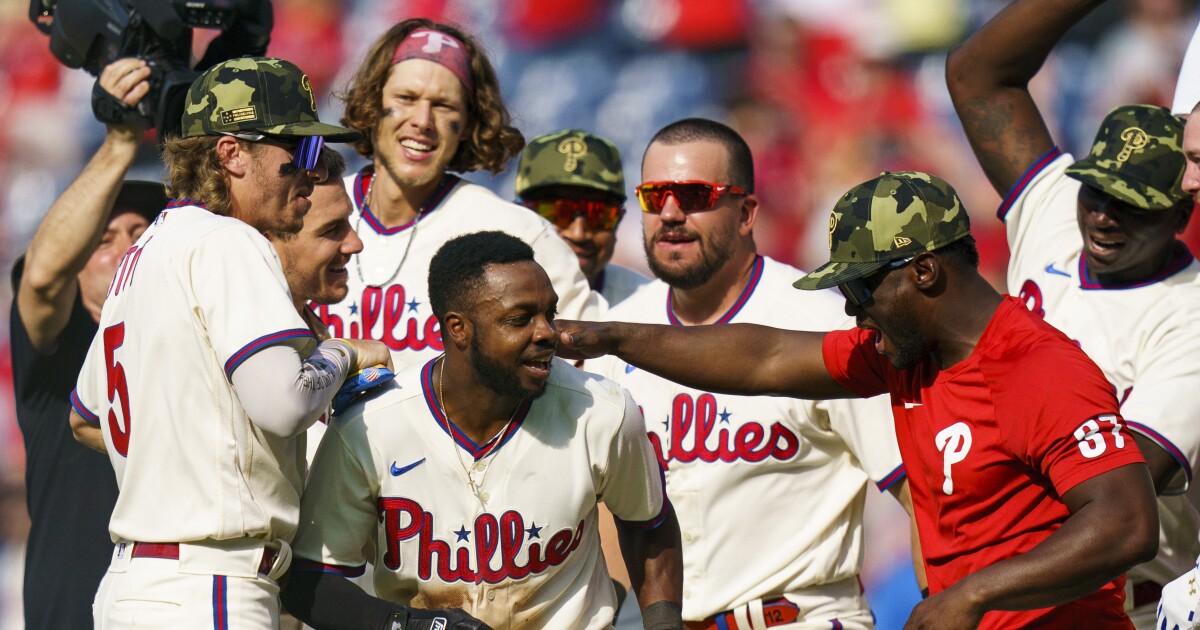