Leon Edwards has confirmed his welterweight trilogy fight against Kamaru Usman will happen next year and wants it to take place at Villa Park in Birmingham.

The Jamaican-British fighter, who is from Birmingham, beat Usman to become UFC world champion in August.

Usman said after the fight that he would like a third bout in the UK and appearing on Sky Sports’ Soccer Am on Saturday Edwards revealed the fight will take place in March 2023.

He added that he wants it to take place at Villa Park, Aston Villa’s home ground, but would be happy with any UK stadium.

Asked where he would like the fight to take place, Edwards said: “For me, it would be Villa Park, but if not any stadium would do in the UK. Bring it back to the UK. I am looking forward to it.”

Edwards beat Usman after a sensational performance to knock out his welterweight opponent and claim his maiden world title at UFC 278 in Salt Lake City in Utah. 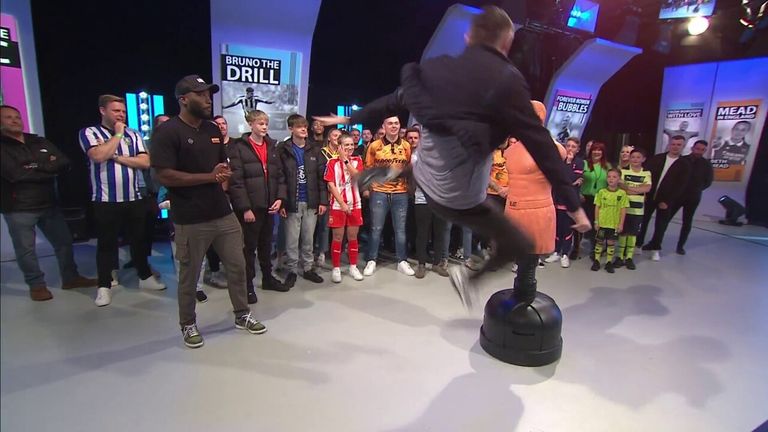 The 30-year-old British challenger had been on course for defeat at Vivint Arena before unleashing a left-high kick in the final round that sent Usman crashing to the canvas.

Edwards, who lost to Usman in 2015, is only the second Briton to become a UFC champion, following Michael Bisping in 2016.