Carson and Piggott held sway on the track in the 1970s and 80s when both jockeys were in their pomp and five-times champion Carson says Piggott – an 11-time champion and nine-time winner of the Derby – set the standard for everyone else to follow.

Carson told Sky Sports Racing how he and Piggott had a genuine rivalry during their riding days, but grew close as friends following retirement and would meet up each year at Epsom.

“Lester Piggott has been part of my life since I was 15 years of age and been by my side even after we retired,” Carson said. “I feel as though I’ve lost an arm.

“He was such an iconic person and a real star of the sports fraternity. He had a great aura, although he never said too much. When he walked into a room, you knew.

“His confidence on a horse was like no other. He didn’t care what other people thought, he always rode a horse how he felt it needed to be ridden and that was normally the correct way.

“As a competitor against him we had to up our game.

“I rode in a golden era of jockeys because Lester Piggott made us better.”

Reflecting on their relationship, on and off the track, Carson said: “I wouldn’t say we were friends when you’ve got a person who is like a thorn in your side. It’s very difficult to have love for a person who is beating you all the time.

“We were definitely great friends after we retired. That was great, talking about the old times.

“I’ll miss him this year because we normally catch up at the Derby but this will be the first one he won’t be there.” 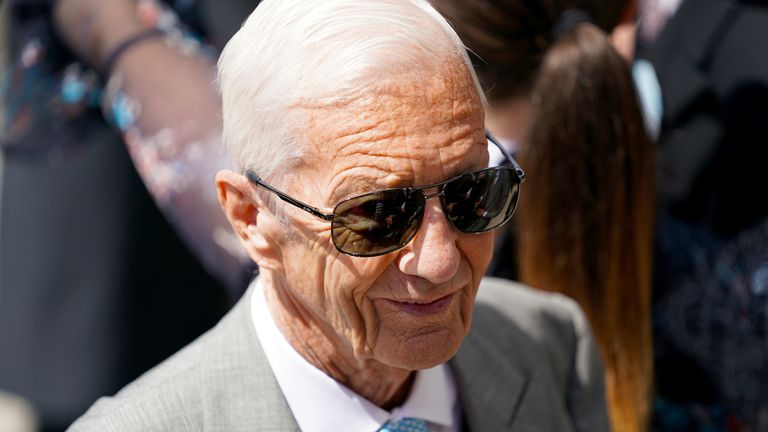 Mick Kinane, who rode for many years alongside the great Lester Piggott, says the former champion jockey was quite simply ‘better than all the rest’.

Mick Kinane also rode alongside Piggott and described the 30-time Classic winner as “simply the best”.

“He set the bar so high that most people couldn’t even attempt to get there,” Kinane told Sky Sports Racing.

“He was so unique with his legs up so high and he could really get behind a horse and galvanise it. I haven’t seen anyone able to copy him.

“I was there for the 1990 Breeders’ Cup when he had come out of retirement and won on Royal Academy. He could really do anything.

“The song that really sums Lester up is by Tina Turner: Simply the best, better than all the rest.”

Recalling one of his favourite memories of Piggott, Kinane explained how the rider, a man of few words, once addressed his former employers Coolmore when their 1983 Derby hope El Gran Senor was beaten at Epsom.

“One of the greatest couple of lines he ever said was after El Gran Senor got beaten by Secreto in the 1983 Derby. He walked passed them and said: ‘Miss me?’

“You always tuned into Lester. He might not have had many words but when he said them it always hit the mark.”

‘He was like a bird on the horse’s back’ 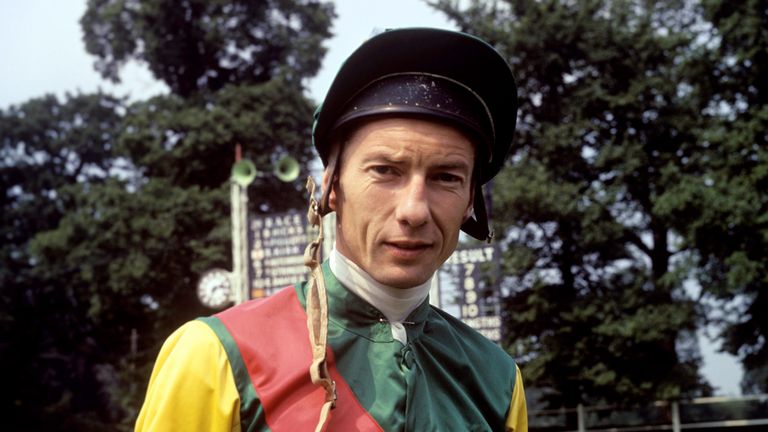 Trainer Aidan O’Brien says he would always pay attention when Piggott spoke. The pair worked together during O’Brien’s early days at Ballydoyle in Ireland.

“He would come here every year and sit in the jeep in the morning,” O’Brien said. “He’s not a man who ever said much but everything he said you had to listen very carefully to and think a lot about.

“He had his own way of saying and doing it. He was a very special man.

“He interfered with a horse the least of anybody you’d ever see. His body connected very little with the horse so I’d imagine they felt like they were running loose. He was like a bird sitting on their back.”

Frankie Dettori paid his tribute to Piggott on Twitter. He wrote: “The greatest of all time. My hero. Rest in peace my friend.”

Why sports breakups can hurt as much as the real thing

Serious question: Was this the worst primetime football game ever?