How’s the saying go? You couldn’t pay me to watch (blank)? Well, it turns out the LIV Golf traveling circus/Saudi Arabia vanity project might just have to pay to get people to watch. With no major sports network bidding to air their rancid product, the upstart golf league reportedly is closing in on a deal with Fox Sports to pay them to air their shoddy pop-up tournaments.

Having more money than god is beneficial for a variety of reasons (I wouldn’t know, that’s just a general assumption), and the vast coffers of the Saudi Golf league are proving useful once again, as they’re being lured to get their product on a channel and that’s not on YouTube.

According to Golfweek, LIV mouthpiece and ’80s movie villain Greg Norman said he was fielding intense interest from media companies eager to broadcast the Shock N’ Jock golf tournaments, and it didn’t take Maury Povich to determine that was a lie. Not only did Fox Sports execs turn their nose to it like room-temp oysters at a brunch buffet, but the story also said the deal was foisted upon them at the behest of Lachlan Murdoch, executive chairman and CEO of Fox Corp. and the inspiration for Succession’s Kendall Roy.

The Golfweek piece is too funny, so I’ll just be a good aggregator and line up the best tidbits in an easily digestible fashion:

– “There were people at Fox who wanted nothing to do with this,” Golfweek’s source said. “They were forced to do it.”

– Sports Business Journal reported that Jared Kushner, son-in-law and errand boy of Donald Trump, had been phoning broadcasters to drum up interest in a LIV TV deal. The Journal also reported that Kushner repeatedly referred to himself as “The Kush” during meetings and used the word “primo” no less than a dozen times when talking about the roster of talent. (I made up that last sentence, but tell me it’s not 100 percent believable.)

– Saudi Golf also is responsible for the production side and finding commercial sponsors, both of which are usually handled by the broadcast partner. I can’t wait to be confused by David Feherty while a B-rate announcer who doesn’t care about getting canceled flubs the confusing leaderboard.

– “Any advertiser who touches this will get blasted,” a sports TV executive told Golfweek. “It’s a weak product, but it’s a tainted product on top of that.”

– The Saudi shills asked for a rights fee after the first year, as well as assurances for a guaranteed time slot on network television, but both proposals were rejected, according to the article.

So let me get this straight: Despite every sane sports network passing on them, despite sponsors treating them like a more toxic version of Brett Favre, and despite the network their product is airing on providing zero assistance, we’re going to get the LIV league shoved down our throats like a pill-reluctant dog?

Yup, this is going to catch on the Suck Cut or Google+. The deal has yet to be finalized, and judging by everything I’ve read, it’s probably because Lachlan’s goons are having a hard time dragging Fox Sports execs to the bargaining table.

Phil Mickelson and his cronies back out of lawsuit against the PGA, still fail to save face

Phil Mickelson, Taylor Gooch, Ian Poulter, and Hudson Swafford all asked to no longer be plaintiffs in LIV Golf’s federal antitrust lawsuit accusing the PGA of illegally suspending the players and using its power to quell the upstart, per ESPN.

It’s tough to argue that your career has been hurt when their bank accounts, and the players themselves, say they’re better off post-defection. Not only have the golfers earned pickup beds worth of money from exorbitant signing fees, but they also won’t shut up about how LIV is the future of golf.

Only three players and LIV Golf remain plaintiffs in the case, with Bryson DeChambeau the biggest name among them. And kudos to him for living up to his reputation as a clueless beefcake. I bet he messaged the LIV Golf players’ thread irate about the guys deciding to jump ship — likely in a separate group text, LIV Golfers minus Bryce — without a heads up.

No one is going to buy the specific line of bullshit Mickelson and Co. spewed after removing themselves from the dispute. They probably showed up at a couple of these hastily put together, sporadically attended events, saw that the format changes more than a five-year-old playing dress-up, and thought, “What did I get myself into?” before calling/cussing out their agents.

Hopefully, they’re up to date on the intricacies of acey deucey, wolf, bingo-bango-bongo, and the rest of the weekend golfers’ parlor games because that’s where this is headed.

The New Outlook for Windows Is Open for All to Try 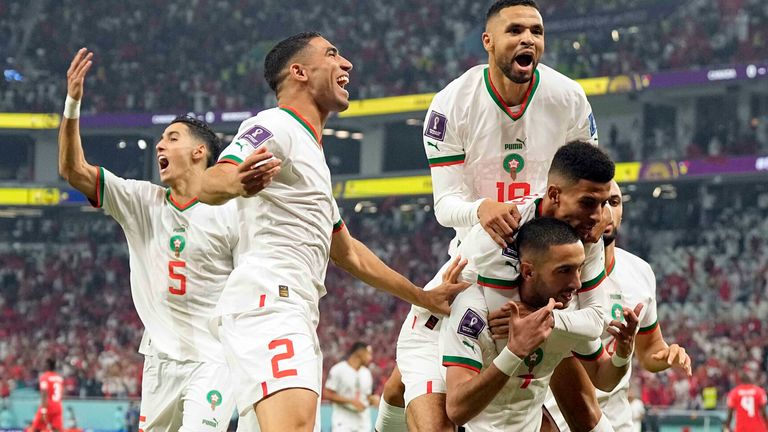