Liverpool beat a battling Everton side 2-0 in a hard-fought win at Anfield to maintain the pressure on Manchester City – and push their neighbours towards the drop.

Andy Robertson’s second-half header brought the breakthrough in a bad-tempered game and substitute Divock Origi nodded in the second from close range to seal victory in the Merseyside derby.

It was far from straightforward for the title chasers, with Everton’s resistance lasting over an hour and Sadio Mane fortunate to stay on the pitch following a first-half altercation.

The three points move Jurgen Klopp’s side back within a point of Premier League leaders Manchester City, while Everton are now two points from safety after Burnley’s win earlier in the afternoon.

Man of the Match: Divock Origi.

How Liverpool edged the Merseyside derby

Everton stifled their neighbours from the outset, Jordan Pickford taking his time over every kick, and the delaying tactics appeared to rile the home players as well as the fans.

Richarlison was down with minor injuries three times, Anthony Gordon was booked for taking a tumble and Abdoulaye Doucoure for a late tackle as Anfield roared disapproval.

It was that final incident just before half-time which saw Mane push Allan in the face and appear to gouge Mason Holgate. He might well have been sent off.

It was proof that Everton were getting to Liverpool.

Liverpool changed only two from the starting line-up that faced Manchester United on Tuesday night, with Diogo Jota and Naby Keita drafted in for Jordan Henderson and Luis Diaz.

Abdoulaye Doucoure came in for Fabian Delph, while Yerry Mina was rested. There was another Everton change just before kick-off with Michael Keane coming in for Ben Godfrey after the warm-ups.

Liverpool upped the tempo in the second half but it left gaps – Gordon appealing for a penalty when tangling with Joel Matip and then dragging a shot wide from another break.

The breakthrough came just after the hour mark when Klopp turned to his bench, bringing on Origi and Luis Diaz, and the two substitutes changed the tempo of the match.

Origi’s lay-off to Mohamed Salah allowed the Egyptian to stand a cross up to the far post and there was Robertson to nod home with what was Liverpool’s first shot on target.

The noise was extraordinary, the relief palpable. But there was still time for Everton to find an equaliser and Demarai Gray almost did so with a fierce shot from distance.

And yet, it was the cult hero Origi who had the final say, as he so often seems to do in these big games, poaching a chance from under the crossbar after Diaz’s acrobatic attempt.

Liverpool’s quest for the quadruple continues. Everton just hope they will have the chance to return to Anfield next season.

Lampard: It was a penalty

Frank Lampard remains optimistic about Everton’s chances of staying in the Premier League, despite finding themselves in the bottom three.

Everton boss Frank Lampard was happy with the team’s performance. “In terms of what we want for the players, I thought they were spot on,” he said afterwards.

But he was less impressed with the decision not to award a penalty for a foul by Joel Matip on Anthony Gordon in the second half.

“I don’t think you get them here. If that is Mo Salah at the other end, I think he gets the penalty. I am not trying to create controversy, it is just the reality of the game. It is a foul. You don’t get them here.”

With Burnley now above Everton in the Premier League table, it is his side scrambling to claw their way out of the relegation zone, but Lampard insists it does not change the mentality.

“We can’t get caught up in what everyone else is doing,” he added.

“We have to move on to the next one with a positive attitude.” 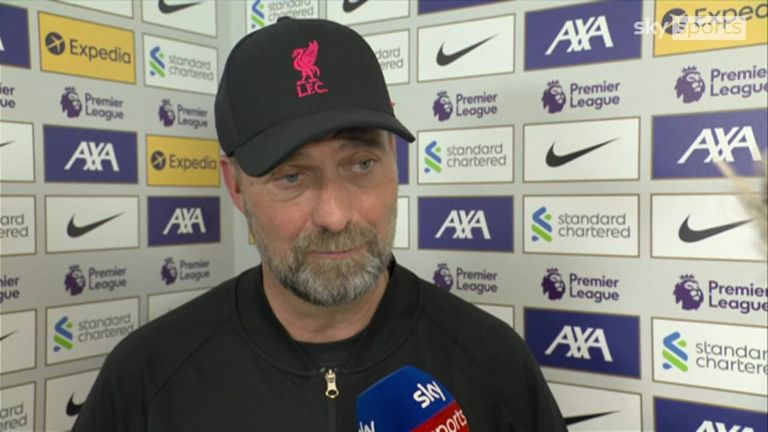 Liverpool manager Jurgen Klopp says his players lifted their game in the second half to secure a hard-fought victory over rivals Everton.

“He is a legend on and off the pitch, that is how it is,” said Jurgen Klopp when asked about Divock Origi’s performance off the bench.

“He is a fantastic footballer, for me. I know that sounds ridiculous because I don’t line him up often. He is a world-class striker. He is our best finisher, he always was, and everyone would say the same.

“You see these things in training and then he is not in the squad because of the quality of the other players. That is really hard.

“I imagine today was the same. There are other players not in the squad who are in really good shape. Really hard decisions to make because all the boys want to contribute and all are responsible for the situations we are in.

“But everyone loves Div and rightly so. He was again very decisive. I am very happy for him.”

For long period of the Merseyside derby, Everton must have felt like they were the ones tormenting Liverpool, threatening to dash their hopes of winning the Premier League title. Instead, the visitors were reliving their worst nightmare. A nightmare called Divock Origi.

His impact here was not quite as dramatic as the stoppage-time winner that he scored in this fixture in 2018, nor as emphatic as the two goals that he came up with in a 5-2 victory the following year. But this contribution may yet prove to be even more important.

Liverpool were not only meandering after an hour, they were giving up chances on the counter-attack. The situation was perilous. But Origi set up Mohamed Salah to cross for Andy Robertson’s breakthrough goal and then scored the second himself. Game over.

Divock Origi has now scored 11 goals as a substitute in the Premier League, the outright most by a Liverpool player, overtaking Daniel Sturridge’s 10. Indeed, the Belgian has netted twice as many English league goals vs Everton (6) as he has against any other team.

Jurgen Klopp’s smile was wide. It just hits different when the big Belgian makes the difference. Having already scored a stoppage-time winner at Wolves, this was his third Premier League goal of the season despite not starting once.

Klopp deserves credit for turning to him when he did. It was not a desperation move but a calculation that with Everton defending deep, his presence in the box was what was required. Introducing Luis Diaz at the same time, the substitutions changed the game.

Diaz will have many more magical moments at Anfield. Origi may not. His contract is up in the summer. The home supporters were grateful there was just one more gift for the road. The away supporters will just be glad that his derby days may now be over.

Martin Tyler: “Who’s your man of the match?”

Martin Tyler: “Have you not sold Andy Robertson a bit short there?”

Jamie Carragher: “Well, he got the goal and made a vital clearance at one end, but Origi, for how long he’s been on the pitch, he’s involved in the first goal and gets the goal that wins the game for Liverpool.”

Liverpool are entering a defining period in their bid for a historic quadruple, having already bagged the League Cup in February; Jurgen Klopp’s side must tackle a Champions League semi-final meeting with Villarreal, before returning to Premier League action against in-form Newcastle United on April 30; kick-off 12:30.

Everton are still treading dangerous water in the Premier League and next host third-placed Chelsea at Goodison Park on May 1, live on Sky Sports; kick-off 2pm. 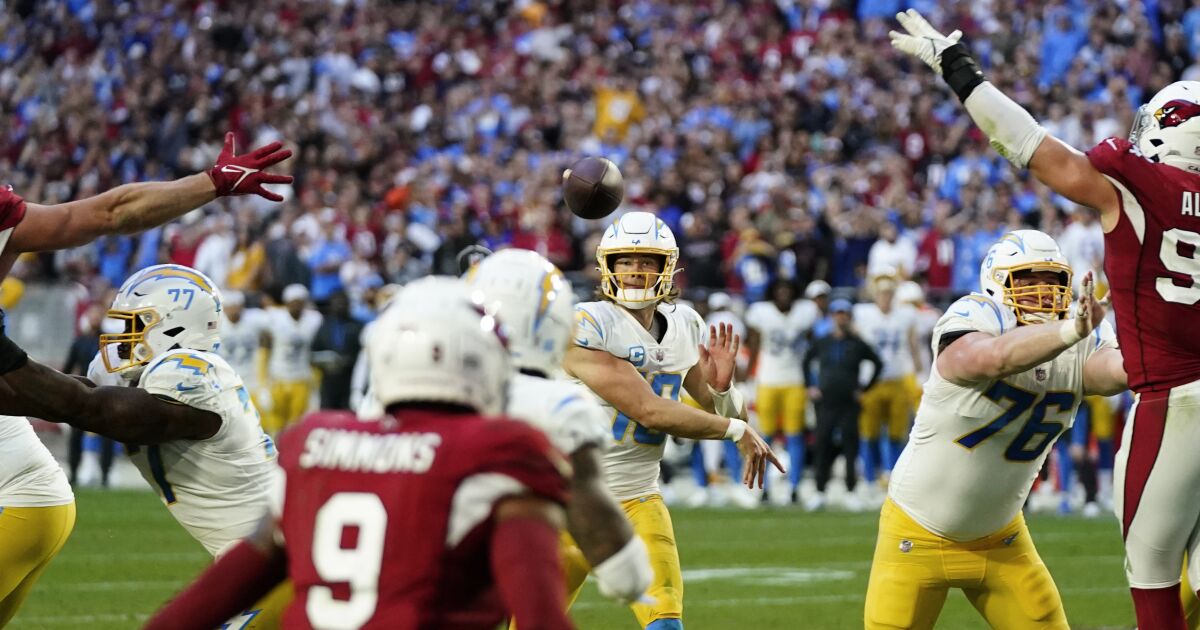