Georgia Stanway is delighted to be showing the world what she is capable of by finally getting a run of games in central midfield after months of positional changes at Manchester City.

The 23-year old has played all over the pitch as injuries took a toll on team-mates earlier this season but five goals since moving to a central role in November has helped earn both individual accolades and helped boost form for her club too.

“I’ll be honest with you about versatility, going forward that isn’t something I want to be,” Stanway exclusively told Sky Sports News.

Stanway played as a full-back for the first few months of the season as City struggled with form and fitness issues, dropping as low as ninth in the WSL at one stage.

The England international was even selected as the back-up goalkeeper against Aston Villa in November, something she still finds amusing.

“They did print a shirt though, I think the kitwoman kept it just in case of emergencies,” she said.

“That was just our season summed up really. I’ve played at full-back, as a reserve goalkeeper but we’re back on track now. People are fit, they’re back from injuries and we’re creating that snowball effect.”

Stanway’s upturn in form was noticed by England head coach Sarina Wiegman, who played the City midfielder in each of the successful Arnold Clark Cup matches last month, with two of the appearances coming from the start.

“It’s unbelievable,” said Stanway. “Previously under Sarina it’s been challenging for me and that’s been partly down to me playing at full-back for my club so I haven’t been able to show what I’m capable of doing. 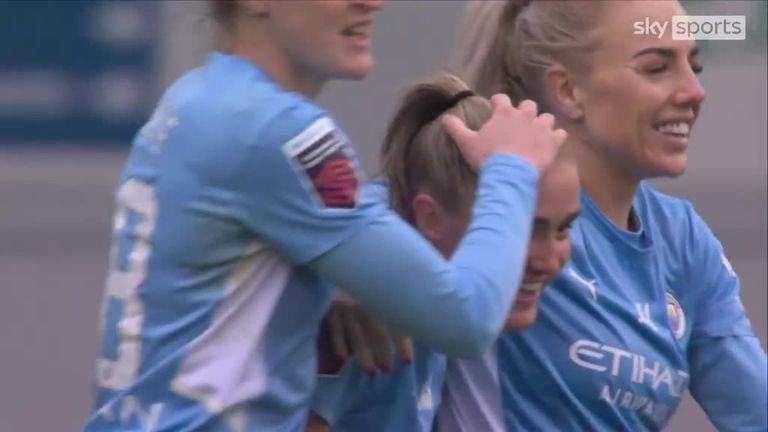 “It’s been good to get the minutes at Manchester City but no matter what, I’ll always put up a fight to try to get on that pitch. I’ll fight for the girls, I’ll put my body on the line and I’ll have that mentality no matter what. I’ll literally do anything.”

A tournament win over Canada, Spain and Germany has got England fans optimistic ahead of a home Euros this summer, a fact Stanway is relishing already.

“I don’t think there’s a reason not to be excited,” she said. “You can see the talent and what we’re capable of. Even when you see how big the WSL has become, it just shows how big England’s getting and the talent we have.

“We want people behind us going into the tournament. Lifting the Arnold Clark Cup, the number of fans behind us, Molineux putting a show on with the lights… it gives you a taster of what’s to come. We just need to fill those stadiums and get as many people supporting us as possible.”

Stanway has the chance to get her hands on her second trophy in a matter of weeks when Manchester City take on Chelsea in the Continental Tyres Cup final on Saturday night. Success would mean a lot, especially after such a rocky season so far.

“We set out at the start of the season, we had goals and things we wanted to achieve and we hit the first hurdle within the first few weeks,” Stanway recalls when thinking of the Champions League defeat to Real Madrid.

“It’s about riding it out and that’s what we’ve done, you can see since December and January what we’re capable of.

“Of course we want to win on Saturday, we’ll give it our absolute best. Football’s football, I can’t tell you what the result will be but we’re going to put ourselves in the best possible position for us to lift the trophy.”

“I want to win everything. I’d be daft if I didn’t say that.”

You can watch the full interview with Georgia Stanway on The Football Show on Sky Sports News from 10am.