Rhys Oates and Jordan Bowery struck as Nigel Clough’s men established a two-goal lead with just over half-an-hour on the clock (13, 32), before Ali Koiki pulled one back at the end of a menacing counter to set up a tense final 30 minutes (61).

The Stags were defensive in their approach as the game wore on, but though the expected onslaught came, they held firm to maintain their slender advantage, ahead of Wednesday night’s second leg, which is live on Sky Sports Football.

How Mansfield held on to secure first leg victory

Jon Brady’s Cobblers missed out on automatic promotion on the final day of the League Two season – following Bristol Rovers’ unprecedented 7-0 win over Scunthorpe – and, naturally, there were fears of an untimely lapse in morale. Mansfield lost out to Newport in the play-off semis back in 2018/19 and – backed by a capacity crowd at the One Call – they quickly set about avenging the heartache suffered three years prior.

The hosts managed to get a grip on the game after an open first 10 minutes and were soon in front. Bowery’s exquisite through ball broke the lines, with Oates keeping himself onside to fire through Cobblers goalkeeper Jonny Maxted’s legs. 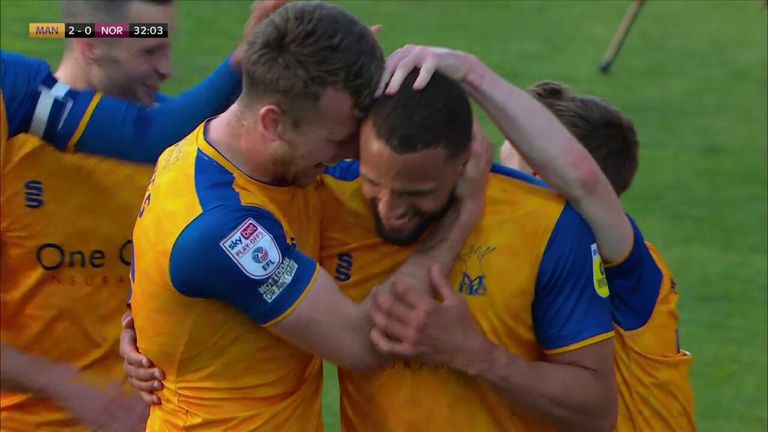 Northampton worked their way back in and looked to be building a level of momentum that would see them threaten Mansfield, but no sooner had they built up a head of steam, they found themselves two goals down.

Newcastle loanee Matty Longstaff intuitively switched the ball from the right to Jamie Murphy on the left, whose cross hit Maxted and dropped kindly for Bowery, who was presented with a simple finish from a couple of yards out. 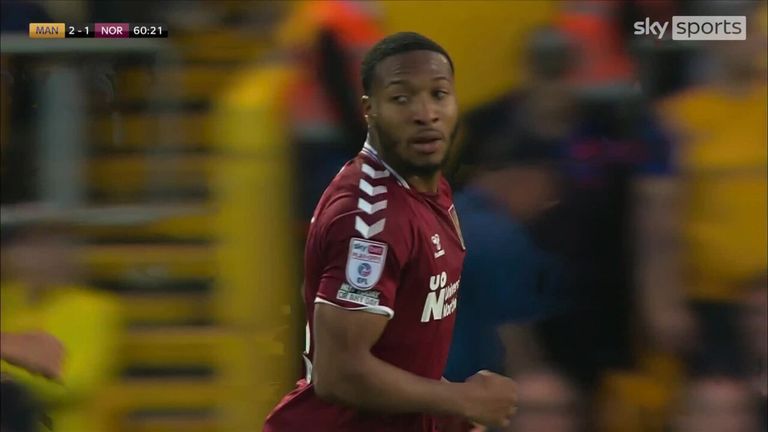 With an hour on the clock, the visitors looked no closer to carving a route back into the game – until a brilliant counter, that was. Louis Appere charged down the left, steadied himself and worked the ball to Koiki, whose deflected shot found its way into the net.

It was Northampton who dominated thereafter, with Mansfield forced to defend as though their lives depended on it. And though it became nervy, they succeeded in seizing control of the tie.

The teams return for the second leg at Sixfields at 7.45pm on Wednesday May 18, in a game live on Sky Sports Football. Pep Guardiola: Manchester City boss says his side have no reason to be nervous for Premier League final day