Southampton have agreed a deal with Luton’s Nathan Jones to replace Ralph Hasenhuttl as the club’s new manager.

Jones has agreed a long-term contract after meeting with the Premier League side on Wednesday.

Southampton are understood to be paying Luton a compensation package of around £2.5m for Jones and his assistants, Chris Cohen and Alan Sheehan.

The 49-year-old will be at Southampton’s Carabao Cup game against Sheffield Wednesday on Wednesday night before being confirmed as Saints’ new manager on Thursday.

Speaking after Luton’s 2-0 defeat at Stoke – his former club – on Tuesday, Jones admitted Southampton were a “wonderful Premier League club”.

He added: “It’s not the first opportunity I’ve had to speak to people but I haven’t wanted to. This is slightly different because of the situation and the club that it is. It will take something really special to take me away from here.” Jones was in his second spell in charge of Luton having led them to the Championship play-off semi-finals last season, where they lost to Huddersfield. He also guided the club to automatic promotion from League Two when he was first appointed.

Jones left the club in 2019 to go to Stoke, but after an unsuccessful nine months in charge, he was sacked and returned to the Hatters in May the following year.

Luton are ninth in the Championship, two points adrift of the play-off places after 20 games.

Southampton sacked Hasenhuttl on Monday after nearly four years in charge at the club following their 4-1 defeat to Newcastle.

The Austrian was the Premier League’s fourth-longest serving manager, having taken over at St Mary’s in December 2018, but departed with the club inside the bottom three. FREE TO WATCH: Highlights of Southampton against Newcastle in the Premier League – Ralph Hasenhuttl’s last in charge of Saints

The Austrian’s animated style made for memorable touchline theatrics. It’s what initially endeared him to fans, and what eventually grated on players. But all associated with the south coast club valued his passion. Following confirmation of his exit, Southampton thanked Hasenhuttl for his “unwavering commitment”. Jones expresses similar touchline enthusiasm – in fact he’s been known to end up in the stands while celebrating. It’s a style choice. Some managers are mild-mannered and understated – consider Graham Potter – while others are deliberately intense and expressive.

Hasenhuttl would run half the length of the pitch – akin to Jose Mourinho – when Southampton scored goals of importance and the Welshman’s outpourings of emotion are similar. That doesn’t guarantee success, of course, far from it – but supporters are more likely to take to a manager that invests in their club.

Based on his record at Luton, Jones also has history of delivering results on a shoestring budget. Granted, the EFL is a different playing field to the Premier League, but he has proved he can punch above his weight by getting the most out of players while managing considerable financial restraints.

He is a hands-on coach, which will benefit Southampton’s youthful side. Leicester’s James Justin and Bournemouth’s Jack Stacey are two players who have previously profited from Jones’ tutelage. 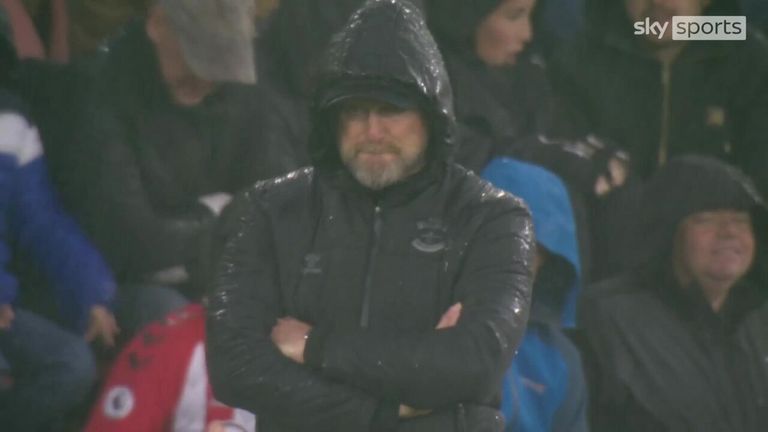 Southampton’s mantra – potential into excellence – is part of the reason why they have plumped for an unproven manager. They simply cannot afford to outspend competitors, so their methods revolve around maximising in other areas. Focus is put on clever scouting and recruitment, player development pathways and creative and unique uses of sport science to aid performance.

Jones’ footballing philosophy will also be popular with fans – his sides tend to press high and play with an attack-minded approach. He has improved upon league position every year of his managerial career to date.

His fateful 10-month spell at Stoke City, however, will rightly ring alarm bells. There will be no expectation placed on this weekend’s trip to Anfield, but beyond that Southampton need results.

Should Saints lose against Liverpool, it will be the first time they’ve spent Christmas in the drop zone of a Premier League campaign since 2004/05 – they were relegated that season.

The St Mary’s hierarchy will be hoping that Jones is the man to steer Southampton away from that very same fate.

Saints run out of patience with Hasenhuttl 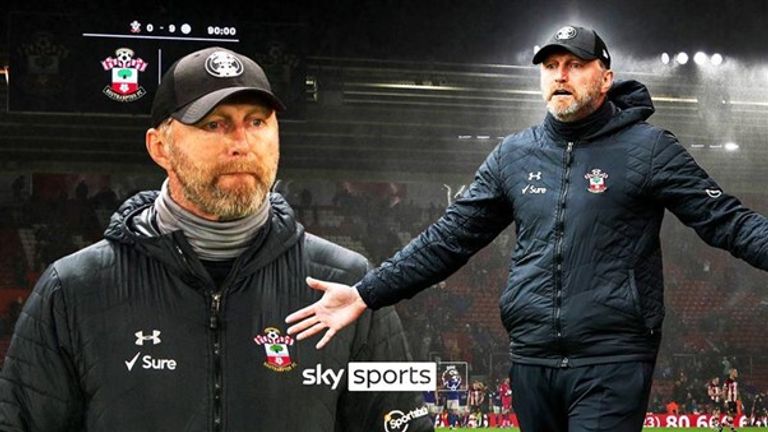 “You have to accept that we will have 10-15 defeats per season.”

Those were the words of Ralph Hasenhuttl when I spoke to him at Southampton’s training ground on Friday.

Two days later, a 4-1 thrashing by Newcastle at St Mary’s led to him losing his job as manager.

Southampton find themselves in the relegation zone after 14 games. Sunday’s loss was their eighth in the Premier League already this season.

Hasenhuttl had been used to pressure during his time on the south coast. Two 9-0 defeats and several poor runs of form since the Austrian’s appointment in December 2018 resulted in his position being questioned multiple times. But the 55-year-old always seemed to bounce back.

However, a sequence of six defeats in nine Premier League matches after £83m was spent this summer – mainly on young players – has seen the Southampton hierarchy run out of patience.

“Southampton are a team fighting for their lives. Unless they improve on being more aggressive and willing to take one for the cause, they’re going down,” former Saints boss Graeme Souness told Sky Sports.

Southampton did not want to take that risk with Hasenhuttl still in charge.

Reporter’s notebook: Jesse Marsch’s Leeds side showed encouraging signs at times but lack of points cost him his job

Colts appear to be done with Saturday on Sundays