England fast bowler Mark Wood has been ruled out of the opening Test against Pakistan due to a hip injury sustained at the T20 World Cup.

Wood missed the semi-final and final of England’s T20 World Cup triumph in Australia and was rested from last week’s training camp in Abu Dhabi.

The 32-year-old was hoping be fit to to feature in the series opener, beginning in Rawalpindi on Thursday, although head coach Brendon McCullum has confirmed that Wood will not be involved.

“Mark’s not going to make the first Test squad unfortunately because of his injury,” McCullum said. “We expect him to be ready for the second Test and otherwise we’ve got a full squad to pick from.”

Stuart Broad is missing the series for family reasons, with the 36-year-old recently becoming a father.

Ben Duckett and Keaton Jennings are vying to open the batting with Zak Crawley after Alex Lees was dropped, while Liam Livingstone, Will Jacks and Rehan Ahmed could make their Test debuts during the series. 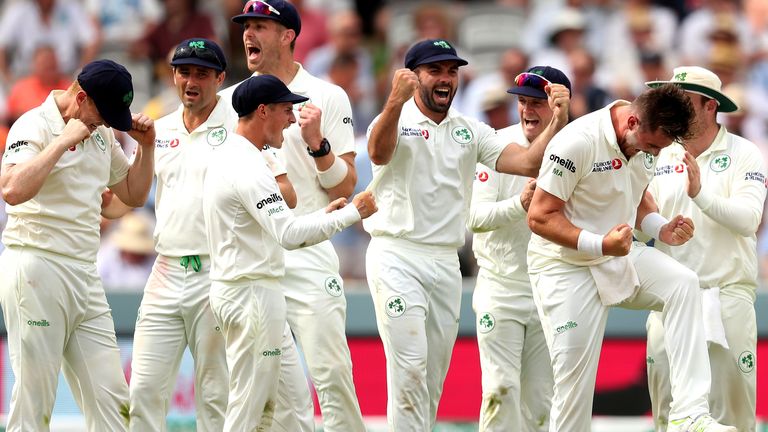 Leg-spinner Ahmed, 18, would become the youngest man to play Test cricket for England, surpassing Brian Close, who was 18 years 149 days when he played against New Zealand in July 1949.

Watch England’s first Test series in Pakistan since 2005 exclusively live on Sky Sports. Live coverage begins on Thursday from 4.30am on Sky Sports Cricket ahead of the first ball at 5am.