Barcelona striker Luuk de Jong scored a header in added time to give his side a 3-2 win at struggling Levante after a remarkable, end-to-end game in which his side gave away three penalties.

Levante took a deserved lead against a lacklustre Barca in the 52nd minute when captain Jose Luis Morales scored from the spot after a foul by Dani Alves and moments later the hosts earned a second penalty, for a handball by Eric Garcia.

This time striker Roger Marti stepped up to take it and his effort was saved by Barca goalkeeper Marc-Andre ter Stegen. The visitors quickly made Levante pay, Pierre-Emerick Aubameyang heading home a cross from Ousmane Dembele in the 59th minute.

Teenage midfielder Pedri then gave Barca the lead in the 63rd, thumping a first-time shot into the bottom corner after being teed up by 17-year-old Gavi, who had also been hauled on from the bench in the second half.

Levante then won a third penalty of the second half when Dani Gomez latched on to a through ball and was tripped by Barca defender Clement Lenglet. Gonzalo Melero assumed taking duties and made no mistake against Ter Stegen to level in the 83rd.

But there was time for one final twist in an enthralling encounter when substitute De Jong connected with a Jordi Alba cross and headed into the bottom corner in the second minute of added time to give Barca a seventh consecutive LaLiga victory.

The win lifted Barca into second in the standings on 60 points after 30 games although they are still a long way behind leaders Real Madrid, who have 72 points from 31 after beating Getafe 2-0 at home on Saturday. Levante are 19th on 22 points.

Real Sociedad recovered from Guido Carrillo’s third-minute opener to see off Elche 2-1, with Alexander Sorloth and Robin Le Normand on target before the interval.

Below-par Serie A leaders AC Milan were held to their second successive 0-0 draw and Sunday’s stalemate with Torino cut their advantage over second-placed Inter Milan to two points.

The only notable chance in the first half was a Davide Calabria strike that was well saved, with Milan looking nervous in their pursuit of a first Scudetto since 2011.

Torino improved after the interval, with Mergim Vojvoda denied by an excellent acrobatic stop from Milan keeper Mike Maignan before Italy striker Andrea Belotti fired into the side netting.

Milan never really got going and followed their goalless draw with Bologna on Monday with another tame stalemate in Turin, meaning they sit on 68 points from 32 matches, two clear of Inter, who have a game in hand. Torino stay 11th with 39 points.

Ciro Immobile went top of the Serie A goal charts with a hat-trick in Lazio‘s 4-1 win at Genoa. Italy striker Immobile made it 24 goals for the season after Adam Marusic had put the visitors ahead.

Immobile doubled Lazio’s lead on the stroke of half-time and then scored either side of a Patric own goal. Juventus striker Dusan Vlahovic had previously been on top of the goal standings with 22.

Fiorentina stunned third-placed Napoli with a 3-2 away win. Nicolas Gonzalez had Fiorentina ahead at half-time, but substitute Dries Mertens levelled after 58 minutes with practically his first touch.

Jonathan Ikone and Arthur Cabral struck in the space of six minutes to ensure Victor Osimhen’s late effort was no more than a consolation.

Ivan Radovanovic put the visitors ahead midway through the first half before Carles Peres and Chris Smalling scored for Jose Mourinho’s side in the final 10 minutes.

Marseille consolidated second place in Ligue 1 after goals by Bamba Dieng and Cengiz Under secured a routine 2-0 home win against Montpellier.

Dieng and Under netted early in the first half to put OM, who were never in any trouble, on 59 points from 31 games.

They trail leaders Paris Saint-Germain by 12 points a week before playing the capital side at the Parc des Princes.

Montpellier, who had goalkeeper Jonas Omlin sent off in the last minute, are 11th on 41 points with little to play for in the remaining seven matches.

It was a one-sided affair at the Stade Velodrome, where Dieng put the hosts in front after nine minutes by tapping the ball in from Amine Harit’s cross.

Dieng was then brought down in the area by Jordan Ferri and Under converted the penalty to double the tally in the 19th.

Montpellier never seemed in a position to get back into the contest and the game descended into a lull until Omlin picked up a straight red card for bringing down substitute Luis Henrique.

Stade Rennais are in third place on 56, three points behind Marseille, following a 3-2 victory at Stade de Reims on Saturday, while Racing Strasbourg are fourth a further four points behind after a 1-1 home draw with Lyon.

RB Leipzig’s in-form France midfielder Christopher Nkunku scored one goal and set up another as they stormed past European hopefuls Hoffenheim 3-0 to boost their chances of a top-four finish in the Bundesliga with five matches remaining.

Nkunku has now scored 17 league goals while creating 12 as Leipzig, unbeaten in their last eight Bundesliga matches, climbed to 51 points in fourth place, three ahead of fifth-placed Freiburg, 2-1 winners at Eintracht Frankfurt. Hoffenheim are sixth on 44 points.

Bayer Leverkusen, in third with 52, dropped points in a 0-0 draw at VfL Bochum. They host Leipzig next Sunday. The top four teams qualify for the Champions League group stage next season.

Leipzig, who have blossomed since coach Domenico Tedesco took over in December, were 2-0 up by the 20th minute after Nkunku struck and Marcel Halstenberg extended their lead.

Nkunku then headed the ball on for Dominik Szoboszlai to drill in Leipzig’s third goal a minute before the break and make sure of a sixth victory in their last eight league matches.

Hoffenheim, missing nine players through injury and suspension, never got a look in after the break with the game already decided and Leipzig having taken their foot off the gas.

Authorities searching for offender who walked away from L.A. reentry facility 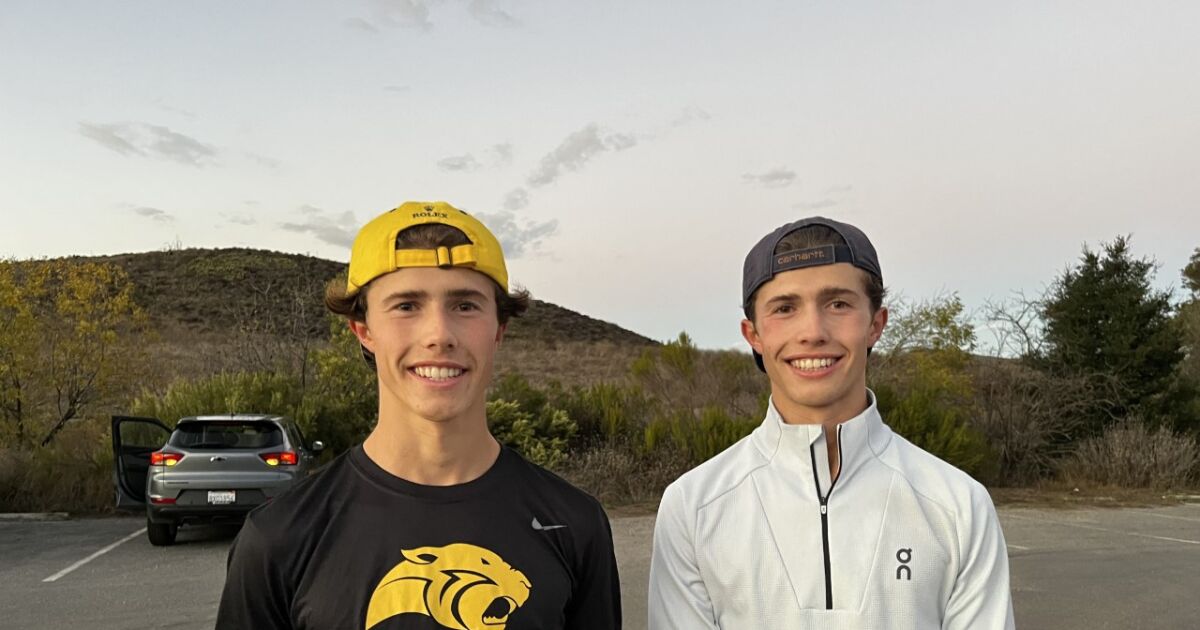