The 2022 World Cup will include female referees for the first time at a major men’s international tournament, with Michael Oliver and Anthony Taylor also selected to officiate.

Three female referees and three assistant referees who have already been paving the way for female officials in the men’s game are included on the list for Qatar 2022.

Stephanie Frappart has led the way in Europe, becoming the first female to referee a Champions League match and European Qualifier in recent years, and has also taken charge of games in Ligue 1.

Rwandan Salima Mukansanga became the first woman to referee a match at the Africa Cup on Nations earlier this year.

Yoshimi Yamashita, who comes from Japan, was the first woman referee to take charge of an AFC Champions League match earlier this year.

The assistant referees will be Neuza Back (Brazil), Kathryn Nesbitt (USA) and Karen Diaz Medina (Mexico).

Chairman of the FIFA Referees Committee, Pierluigi Collina said: “This concludes a long process that began several years ago with the deployment of female referees at FIFA men’s junior and senior tournaments.

“In this way, we clearly emphasise that it is quality that counts for us and not gender. I would hope that in the future, the selection of elite women’s match officials for important men’s competitions will be perceived as something normal and no longer as sensational.

“They deserve to be at the FIFA World Cup because they constantly perform at a really high level, and that’s the important factor for us.”

Premier League referees Oliver and Taylor have been included in the group of 36 referees, while Simon Bennett, Gary Beswick, Stuart Burt and Adam Nunn are among the 69 assistant referees. There will also be a team of a team of 24 VAR officials.

Collina added: “As always, the criteria we have used is ‘quality first’ and the selected match officials represent the highest level of refereeing worldwide. The 2018 World Cup was very successful, partly because of the high standard of refereeing, and we will do our best to be even better in a few months in Qatar. 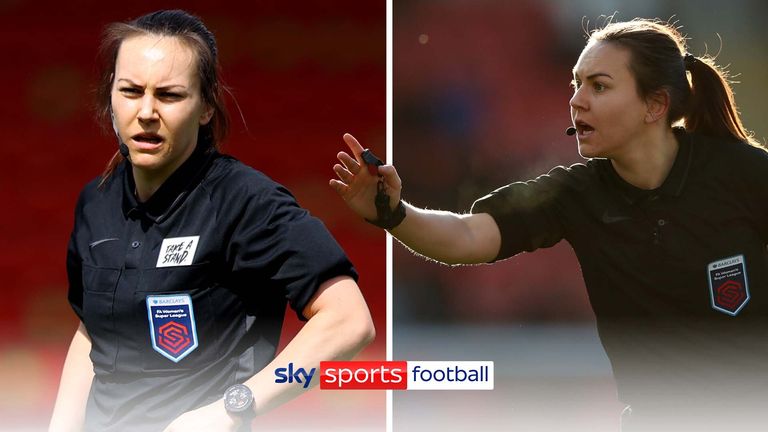 “The pandemic affected our activities, in particular in 2020 and at the beginning of 2021. Luckily, the World Cup was still quite far, and we had enough time to provide the candidates with good preparation. We are announcing these selections well in advance as we want to work even harder with all those who have been appointed for the FIFA World Cup, monitoring them in the next months.

“The message is clear: don’t rest on your laurels, keep working hard and prepare yourselves very seriously for the World Cup.”

The selected match officials will participate in several seminars this summer, reviewing and analysing video clips of real match situations, and taking part in practical training sessions with players which will be filmed to enable participants to receive instant feedback from the instructors.

Amid anger and grief, some Black residents of Buffalo are talking about guns