“I don’t really feel pressure, but I definitely get told by some people what others are writing or saying about me.”

Southampton manager Ralph Hasenhuttl has had his fair share of criticism.

Two 9-0 defeats and several poor runs of form since his appointment in December 2018 have led to the 55-year-old’s position being questioned multiple times.

But does he take any notice?

“I must say, I don’t read anything about that because I don’t want to,” he exclusively tells Sky Sports ahead of his side’s clash with Newcastle on Super Sunday. “Why should I? It wouldn’t help me, it would only affect me negatively.

“I get paid to do my job the best I can and it’s therefore easier when I’m in a good mood and not frustrated with what people are saying. The only thing that really frustrates me is when we don’t win games or when we don’t play well.”

The writing appeared to be on the wall for Hasenhuttl after a 9-0 home thrashing by Leicester in October 2019, but there is an inevitability about Southampton when the Austrian faces intense scrutiny. Despite losing their following three games in all competitions, they then lost just three of their next 14 – a run that included wins over Chelsea and Tottenham, and a draw against Arsenal.

Saints’ response to their second 9-0 hammering – away at Manchester United in February 2021 – was underwhelming, but the club stuck with Hasenhuttl. A year later, they had strung together a five-game unbeaten run in the Premier League which included draws against both Manchester clubs and an away victory at Tottenham.

During that time, they had also extended their unbeaten league run at St Mary’s to an impressive 10 games, but they would then lose nine of their remaining 12 matches.

Fast forward to this season and, after an impressive win over Chelsea, Southampton lost four in a row before drawing with West Ham, beating local rivals Bournemouth and earning a deserved point against Arsenal. Six days later, though, and they had lost 1-0 away to Crystal Palace. 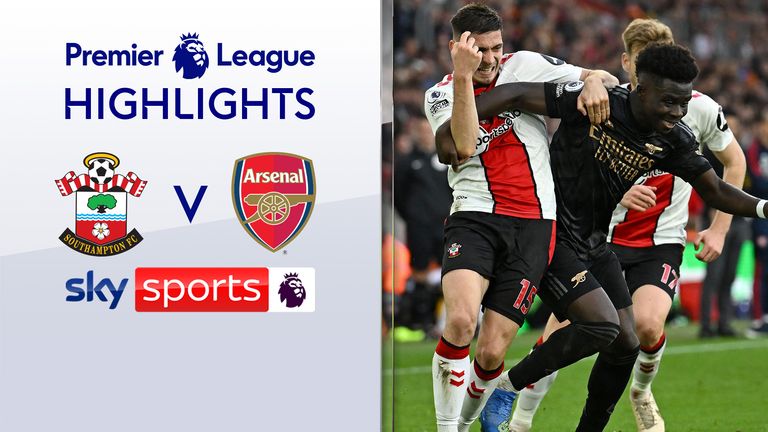 FREE TO WATCH: Highlights of Southampton’s draw with Arsenal in the Premier League

“You have to find ways to learn from your defeats and learn from your bad moments. As a club, we have done this quite well in the past,” Hasenhuttl says from Southampton’s Staplewood training ground.

“You have to accept that we will have 10-15 defeats per season. If it is at the beginning, middle or end, it’s not such a big difference. It will happen because the teams are very strong and even if you do things very well you can still lose a game.

“You have to learn how to react and learn how to lift yourself and the team, otherwise it wouldn’t be possible to stand up again and find a way to bounce back. I think this is part of our history and we all know this.” 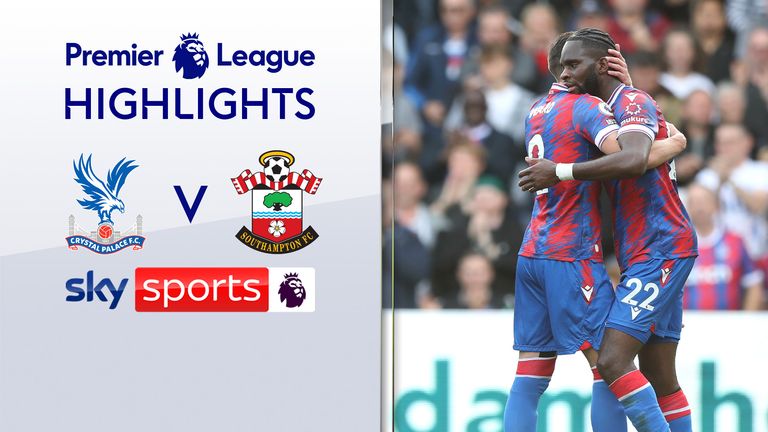 FREE TO WATCH: Highlights of Southampton’s loss to Crystal Palace in the Premier League

It was a summer of change for Southampton. New coaches and a new head of recruitment were brought into the club ahead of the 2022/23 season, while 10 new players arrived at St Mary’s – six of them aged 20 or younger.

With Juan Larios (18), Romeo Lavia (18), Samuel Edozie (19), Sekou Mara (20), Gavin Bazunu (20) and Armel Bella-Kotchap (20) all joining Hasenhuttl’s squad during an £83m overhaul, a transitional phase was to be expected and the Southampton boss stressed the importance of patience.

“We had a lot of changes in the summer. I think we have a good name for bringing young players in and giving them their first chances in the Premier League. There’s always the risk that not every young player can immediately play there because the quality is very high, but we still have to try.

“Arsenal had some moments last season when they were struggling a little bit, but the quality was there and they improved in the end.

“I think this team absolutely has a future. This is a squad I really like to work with, the intensity and willingness are absolutely there. The young lads are hungry and they want to show up. The older ones are getting used to them now and trusting them more and more. We are all positive that we will at one time have a very, very good squad.”

Hasenhuttl: We must be more ruthless

Despite their position in the Premier League table suggesting otherwise, Southampton have not struggled to create chances this season. In their 13 league games, only during defeats at Wolves and Manchester City have they managed fewer than nine shots in 90 minutes. However, those shots have led to just 11 goals scored – the joint-third lowest in the division.

“We can definitely be more ruthless,” Hasenhuttl says. “The defence feels a little bit more stable this season, but in the offence I think we are lacking some speed in some moments and some quality in some moments. We try to create chances in a different way and we have scored some beautiful goals, but not enough.”

Asked if a forward is a priority target with the January transfer window only eight weeks away, he replied: “We have another two games in the Premier League and then we will analyse the first half of the season in great detail. We will see what we have to do.”

‘World Cup break could be beneficial’

Before the transfer market reopens, though, there is an unprecedented mid-season break for this year’s World Cup in Qatar.

The first tournament to take place during the northern hemisphere’s winter has created a logistical nightmare for European leagues whose fixture lists get congested during this period, none more so than the Premier League.

But the competition arguably arrives at a good time for Southampton, with only a handful of Hasenhuttl’s first-team squad potentially heading to the Middle East.

“A few players have to go on international duty anyway, but they will also come back a bit earlier, so we have a chance to bring them all to training camp and to spend most of the break with us.

“After the break for Covid, we came back stronger because we used the time very well to analyse the season. Hopefully, we can do the same with this one.”

‘Four years in charge a new experience for me’

Having taken charge of Southampton in December 2018, Hasenhuttl is the fourth longest-serving manager in the Premier League – only Jurgen Klopp, Pep Guardiola and Thomas Frank have been in office longer.

Reflecting on his time in charge at St Mary’s as he approaches four years in the role, the former RB Leipzig boss said: “It’s quite a long time in modern football. It’s the first time in my life I’ve worked that long for a club.

“It’s always easier to come into a club, make a good impact, have two good years and then go to the next one. This is what I did in the years before this.

“This time I’ve tried to stay longer and tried to learn how to renew my style and the way I work with the team. I think it’s a very important experience and definitely a tougher job I think because you have to find new ways to motivate, train and create strategies. This is definitely something new for me.”

Hasenhuttl is preparing Southampton for the visit of high-flying Newcastle on Sunday, live on Sky Sports. The Magpies make the long trip to the south coast hoping to extend their unbeaten run in the Premier League to nine games.

Eddie Howe’s side have lost just once in the league this season – a 2-1 defeat at Liverpool on August 31 – and a run of three consecutive wins has propelled them into fourth place.

“They have done very well. Obviously, they did a lot right in the transfer window and in preparation for this season,” Hasenhuttl said.

“A combination of being a hungry team and still having the right moments and the right players picked is something very impressive, but not very surprising.” 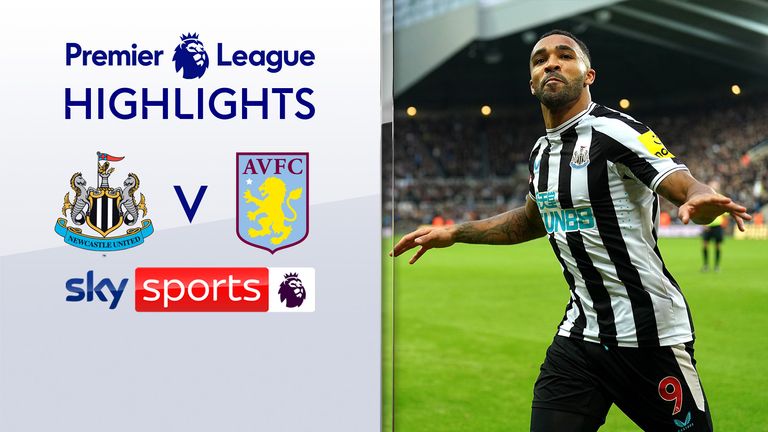 FREE TO WATCH: Highlights of Newcastle’s win over Aston Villa in the Premier League

In the same fixture last season, Newcastle came from behind to win 2-1 at St Mary’s and move 10 points clear of the relegation zone. It was a result that also ended Southampton’s impressive unbeaten home run of 10 Premier League matches.

Almost eight months on, the picture is very different. Newcastle have won twice as many games and conceded half the amount of goals as Southampton this campaign. There is already a 12-point gap between the two teams.

“You know what you’re facing and you know the quality they have,” Hasenhuttl added. “I still believe that when we have a good day at home, there are opportunities for us to make them struggle a little bit.” 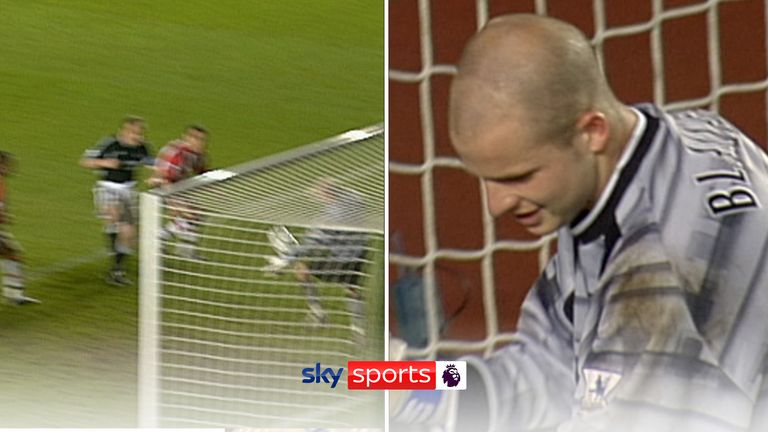 Follow every Southampton game in the Premier League this season with our live blogs on the Sky Sports website and app, and watch match highlights for free shortly after full-time.

Get all this and more – including notifications sent straight to your phone – by downloading the Sky Sports Scores app and setting Southampton as your favourite team.