Trainer Richard Fahey is expecting Perfect Power to bounce right back to form with a return to the sprinting division at Royal Ascot next week, live on Sky Sports Racing.

The Norfolk Stakes winner progressed to the very top of the two-year-old ranks, ending last season with two Group One victories – in the Prix Morny at Deauville and the Middle Park at Newmarket.

Fahey then campaigned his stable star as a 2000 Guineas hope in the early part of this season, taking the Greenham en route to the Newmarket Classic before finding the mile a step too far, finishing down in seventh.

Plans have now switched back, with the Commonwealth Cup the focus, for which he is 9/2 favourite (Sky Bet).

Fahey told Sky Sports Racing: “We tried him in the Guineas and that stretched the elastic band too far. I’m more comfortable training him as a sprinter than a miler as he’s probably happier too.

“We weren’t missing anything by having a go because it’s taken the question mark away. We’ll ignore the last run and carry on.

“We’re now building his speed back up and his work has improved a lot. He’s training exceptionally well.

“He’s bouncing at the moment and god love anybody that’s trying to beat him.”

French riding great Christophe Soumillon has been aboard Perfect Power for the last four appearances after impressing connections for the first time at Deauville.

While plans have not yet been finalised, Fahey is expecting the partnership to be resumed next Friday.

“He absolutely adores the horse and they suit each other. I’ll be disappointed if they’re not sat together next Friday.”

Perfect Power is the undoubted star of the Fahey squad bound for the Royal meeting, but he also has high hopes for a couple of exciting two-year-olds. 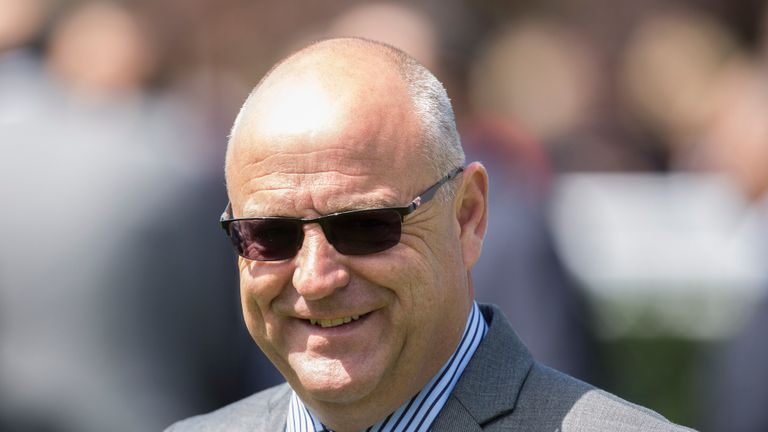 Trainer Richard Fahey gave a bullish response when asked for his pick of the two-year-old hopefuls heading to Royal Ascot next week, nominating an exciting Norfolk Stakes runner.

Clearpoint, who made a huge impression over six furlongs on his racecourse debut at Ayr, is set to drop back to the minimum distance for the Norfolk Stakes.

“If there was one I could pick out of the two-year-olds, he’s the one that I do like,” said Fahey.

“It’s just a bit of a shame that we tried to run him three weeks ago and he just scoped a little bit dirty, which stopped us from racing him.

“To get one run into him was fantastic – I’d have been disappointed if he didn’t go (to Ascot).

“He won well (at Ayr) and we expected him to win to be honest – his work has been extremely good.

“I’m going to drop him back for the Norfolk and he’s one I’m really looking forward to.”

Since shaping with promise when third on his Leicester introduction, Rousing Encore has won at Beverley and Pontefract and is set to line up for the Coventry Stakes.

Fahey added: “He’s progressed really well. His first run he would have needed badly, he ran a good race and he’s improving hand over fist.

“Every time I see him he looks better and his run the other day at Pontefract for me was very good.

“He’s done nothing really and we’ll aim him at the Coventry.”