Let’s play build a bullpen. The Dodgers planned on populating theirs at some point with these relievers, veterans all:

Figure in the three starters out with injuries — Walker Buehler, Dustin May and Andrew Heaney — and it’s flabbergasting that the Dodgers still boast the best pitching in the National League.

The Dodgers’ team earned-run average after a 5-2 victory over the Colorado Rockies on Tuesday night was 2.92. The next-lowest ERA among NL teams was the San Diego Padres’ 3.60. The Dodgers have given up the fewest hits and issued the fewest walks in the league. Opponents are batting a feeble .220 against them.

All while pitchers zip in and out of the training room as frequently as shoppers enter and exit Costco.

Rookie Ryan Pepiot and three relievers quieted the Rockies’ bats, and home runs by Max Muncy and Mookie Betts provided enough offense for the Dodgers to begin this 11-game homestand with five wins in six games.

Pepiot, making his fourth start, gave up one run in five innings, striking out six while walking one in earning his first major league win.

He walked 11 in 11 1/3 innings over his first three starts, so his command was much improved.

“My fastball command was good, and that made my changeup effective,” he said.

The spectacular emergence of starters Tony Gonsolin and Tyler Anderson has been a godsend. They are a combined 19-1 with a 2.33 ERA. Clayton Kershaw has been excellent when healthy, and Julio Urías has been a model of consistency.

All four are well-deserved All-Star candidates.

Seventeen relievers have made appearances this season. None are All-Star candidates. Evan Phillips, Brusdar Graterol, Alex Vesia and Phil Bickford get props simply for being healthy most of the season. Veteran David Price must watch it all with bemusement.

Bickford was touched for a solo home run by Kris Bryant to lead off the sixth inning in relief of Pepiot, but he recorded five outs before giving way to Phillips, who recorded four outs — three via strikeouts.

The Dodgers scored their fifth run in the eighth on an RBI single by Trayce Thompson, whose three-run home run highlighted Monday’s victory over Colorado. The single gave Graterol breathing room in notching his second career save.

With usual closer Craig Kimbrel sidelined after being hit in the back with a line drive Sunday, Graterol gave up a one-out single when Cody Bellinger couldn’t make a sliding catch in center field, but he struck out two. Manager Dave Roberts said Kimbrel will be back in his closing role Thursday.

Let’s catch up on a few pitchers on the injured list:

May: The red-headed right-hander recovering from Tommy John surgery is throwing to batters and progressing well. How soon could he begin a minor league rehab assignment? “I don’t know, but it’s imminent,” Roberts said.

Heaney: The left-handed starter with a 0.59ERA in 15 innings was shut down after experiencing shoulder pain in his first start June19 after spending two months on the injured list. He threw 30 pitches in the bullpen Tuesday and likely won’t return until after the All-Star break.

Treinen: The setup reliever has been out since mid-April with shoulder issues. He threw 30 pitches off the mound Monday, and Roberts said: “It was pretty dang good. That’s ahead of where initially I thought he was.”

The Dodgers will proceed cautiously with the reliever who could move into a closer role in the postseason if Kimbrel continues to struggle.

“With Blake, he is so valuable to our ballclub,” Roberts said. “We feel like we have one bullet to get him back and do it right, so we want to be prudent and take our time. I just don’t see how it’s before August.”

Dodgers outfielder Chris Taylor is headed to the injured list, putting a damper on his bobblehead night.

Despite the injury, Taylor caught the ceremonial first pitch before Tuesday’s game and was not limping. 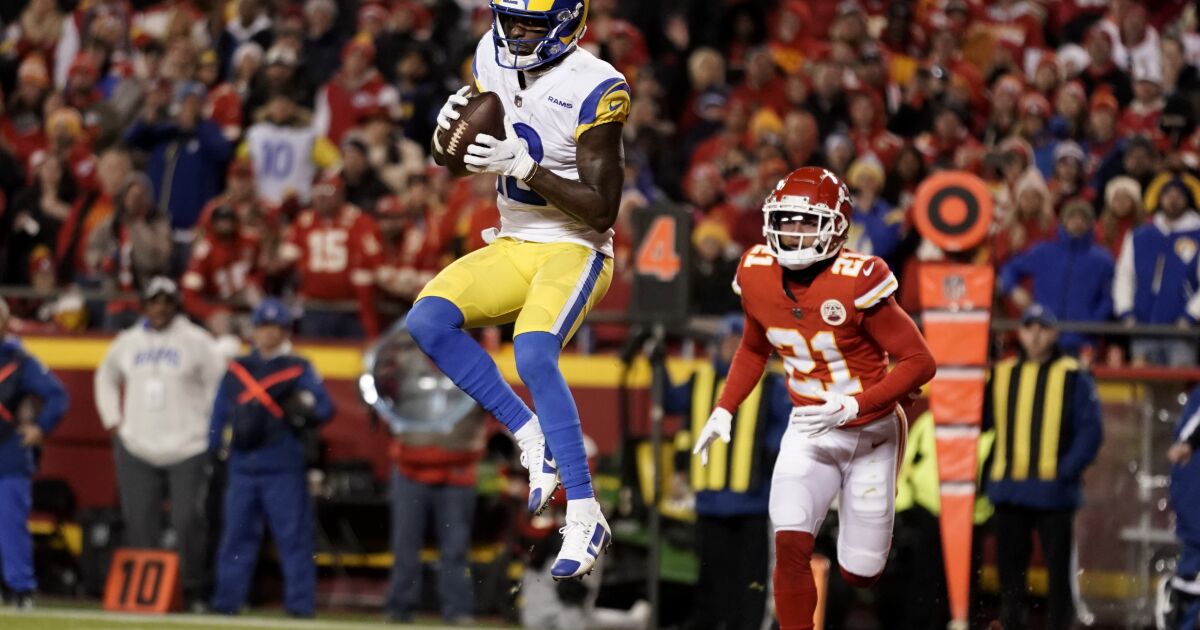