“I want to be the guy who stands up at the front and can show we can get through this.”

That was the determined statement of Nottingham Forest boss Steve Cooper when we sat down on Friday at the club’s training ground, just a couple of hours after confirmation he had been handed a contract extension to do just that.

Forest are certainly in a difficult period now. The announcement of Cooper’s new deal, which runs until 2025, was something of a surprise, given he had been fielding questions about the prospect of him leaving Forest in the wake of their 4-0 thrashing at East Midlands rivals Leicester on Monday night.

Cooper described the team’s performance in that game – against a previously winless Leicester side which had been approaching crisis mode itself – as well below expectations.

Forest’s extensive recruitment haul in the summer – 23 incomings in total – was once again highlighted as a hinderance by critics and the stats on the pitch were alarming.

Against their rivals, Forest were out-run and out-sprinted significantly.

In fact, the 47 more sprints made by Leicester players was the biggest gap between two sides in the Premier League this season.

There were further examples of Forest’s flaws so far in this campaign, too: conceding in clusters (there were 109 seconds between Leicester’s first two goals), conceding from distance (for the sixth game in a row, and three times in the first half), and suffering at set-pieces.

That fifth Premier League defeat on the spin left Forest bottom of the table and, in the ruthless world of football management, appeared to leave Cooper vulnerable.

However, much to the pleasure of many Forest fans – who appreciate last season’s long-awaited promotion and the overhaul of the squad required at the end of it – the club’s owners have backed him.

So where are the signs things may turn for Forest? Cooper is adamant that Monday’s display was unacceptable but he’s also hopeful and optimistic success can be achieved when all of these new arrivals are blended together, picking out the positives from their first season back in the Premier League after 23 years.

“I hope Monday was an outlier – it needs to be,” said Cooper. “There are games we haven’t won but in terms of the analysis of the performance it hasn’t been all bad. If you look at the first half against Bournemouth and Fulham, where we were not just in the lead but we controlled moments of the game. Fulham, without the ball, we controlled it. 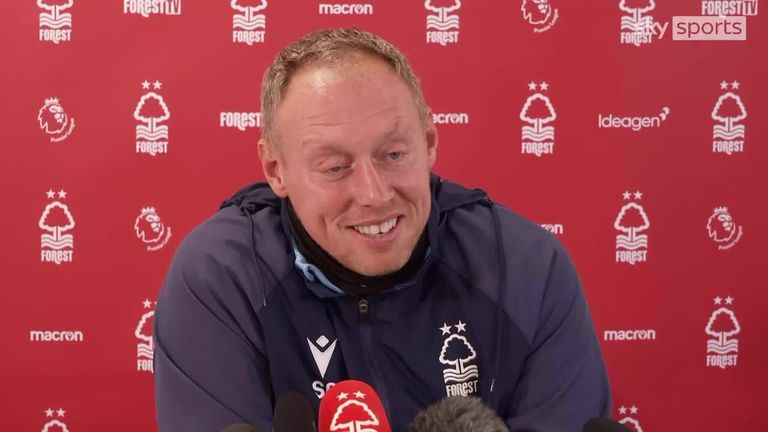 Nottingham Forest manager Steve Cooper says his team still has to improve following the announcement of his contract extension at the club.

“But on Monday it was a bit more amplified because it was Monday Night Football and no other teams were playing. It was the worst night to play like that, for sure. But we have to face up to that because that’s what it was.

“There has to be a real determination to put that right. Whether it’s running stats… There were so many parts of that game that were completely against what I want the team to be.”

Creating a culture with 23 new players

Creating the much-needed team unity and understanding in the middle of a relentless Premier League campaign has, unsurprisingly, proved far from easy. But rather than resort to gimmicky tricks, Cooper is approaching the challenge in a more holistic way.

Never mind team nights out, the standards set day-to-day will unite this group, he says. It will take time – but Friday’s announcement suggests the Forest board are clear on that too.

“I fundamentally believe that to create a good culture, a good environment, a good spirit, it’s about daily behaviours,” says Cooper. “Yeah, you can have team meals, all these things can help a little bit but it’s a daily drip feed of relationships, of training, of getting to know me, staff members.

“It’s a daily drip feed of improving, putting layer upon layer every single day. That’s what we have to do, although we have to drip quickly!

“We have to talk about the situation as well and not shy away from it or ignore it. We have all these new players, we’re in the Premier League for the first time [in years], there are other things which bring challenges… recognise it, talk about it, talk about how we’re going to deal with it, keep reviewing and that’s how we can build connections by doing things together.

“When that sort of stuff [unity] is at its best, it’s with a group that’s gone through the test of time. We don’t have that. We’ve lost the momentum from last year. Normally when a team comes up you see so many stories of them continuing.

“Not just Championship to Premier League, even League Two to League One, League One to Championship, it’s hard playing against a promoted team because they have that togetherness, that spirit, that joint effort they’ve all been through. We haven’t been able to do that. We’ve had to start again in a lot of ways. So we have to build that up for sure.”

The driving force behind all this work is Cooper’s excitement about how good this team can be when – if – it does eventually gel together. “That for me is the real motivation,” said Cooper, leaning forward with enthusiasm.

“When people talk about Nottingham Forest it’s about signing loads of players, lost five in a row… what I’ve said to the players – and hopefully they’re thinking the same – is all of this has given us an amazing opportunity to show who we are.

“The motivation for me is coming through it and out of it. I really hope we do. And if we do – I’m not sure how long it will take – but when we do I’m sure it will be a great place and we’ll all be better for it. That’s what we’re aiming for.” 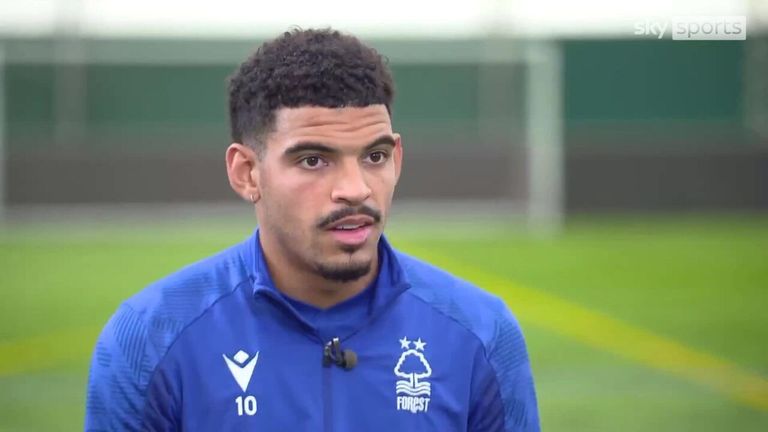 Cooper sat down with Leicester boss Brendan Rodgers after Monday’s defeat at the King Power Stadium. In the confines of a rival home ground, he and his former colleague at Liverpool – who had been under big pressure to buck his own side’s bad run of results – discussed the scrutiny of Premier League managers when times are tough. But mainly just the game they both love.

“Until you actually do it, you don’t quite understand what it feels like,” says Cooper of the pressure of managing in the top flight. “There’s a respect there [with Rodgers]. I went and had a chat with him – like he did [with me] after the FA Cup game last year.”

On that previous occasion, Forest had been the big winners, 4-1 in February. They were on a remarkable rise then, scooping Premier League scalps in the cup as Cooper took them out of the Championship relegation zone and to play-off glory. No Championship club won more points than Forest after his appointment last September.

The perspective of that remarkable achievement has been retained by the board, who have given him space with this new deal and brought in a sporting director to look after the longer-term decisions.

“We can talk as much as we want – go and deliver”

“I’ve definitely felt the support of the supporters and feel a good connection with the players, which is important, and everyone else at the club,” says Cooper about the trust put in him.

“There’s no entitlement,” he adds, when his track record over the past 12 months is mentioned. “Football and elite sport doesn’t work like that and I’m fine with that. I think short term – how does training look today, how does the preparation look for the next game and do whatever it takes to get the best out of today.”

He also welcomes the arrival of Filippo Giraldi in that technical role to “strategise”. But despite positive developments off the pitch, Cooper knows what matters now is what happens on it, with the arrival of Aston Villa on Monday Night Football at the City Ground his big priority.

“After Monday there was a mixture of disappointment, frustration, a bit of anger, [a feeling] we let the supporters down, coupled with hunger, motivation and desire to put it right,” said Cooper. “Putting it right is the most important thing.

“We can talk as much as we want – go and deliver. It starts with me. Don’t think I’m not looking at myself because I am. But if there’s anything that needs putting right – and there is – the only way to do that in football is winning matches.”